Best Advice From a Cheese Whiz 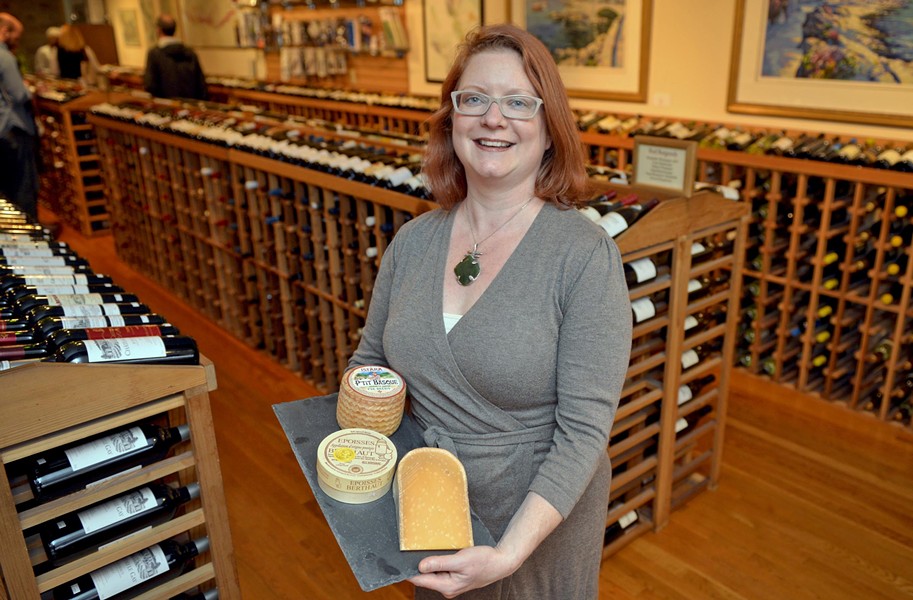 Our best-selling cheese is the Belletoile brie. It's a triple cream brie with 70 percent butterfat.

I think people are apprehensive because it's a stinky cheese on the nose, but the palate is delicate and floral. This is one cheese that actually pairs great with wine, and not all do. Young, it's great with a white burgundy, while when drier and more mature it goes well with red burgundy, especially the more masculine ones. Super creamy, it is great with a crusty loaf of bread.

Although Olio doesn't really have a cheese counter anymore, Savedoff pulls from years of cheese counter experience to say of his favorites: "Taleggio and blue cheeses in general, because like great beer or fine wine, they are worth the effort of training your palate."

Our best-selling cheese is a cheddar made in Wales by Collier's. Not exotic by any means, but quite good and relatively inexpensive. What cheese would I recommend to people to try? Hmm, I do love washed rind cheese. We carry a Taleggio that is a great, sort of beginners washed rind cheese, and pairs fantastic with beer and wine. But just as sour beer isn't everyone's cup of tea, this style of cheese, with its pungent stinky-feet aromas, isn't generally the first cheese you take to the summer bathing parties. Current house favorite here at the Cask is Grana Padano."