Twenty-three percent of Richmonders are officially poor — more than twice the poverty rate in Virginia overall. The Richmond region ranks fifth worst among the country's 100 largest metropolitan areas for access to jobs via public transit. And despite more than a decade of calls for regional cooperation, these problems are seen as solely the city's.

"People speak in code now," Moeser says. "They don't say, 'Oh my goodness, if blacks come here, then this is all gonna happen.'" Instead, he says, the line is: "'We're not real excited about bus lines coming out to this neighborhood, because what that would do is simply bring the city out here.'"

There's a perception that Henrico and Chesterfield counties, because they're doing well, don't need the city, says the Rev. Tyrone E. Nelson. But they do. (Nelson, pastor of Sixth Mount Zion Baptist Church in Jackson Ward, is running for the Varina seat on the Henrico Board of Supervisors.) "The truth is," he says, "Richmond is this region. ... When Richmond is strong, Henrico is strong. When Henrico is strong, Chesterfield is strong." 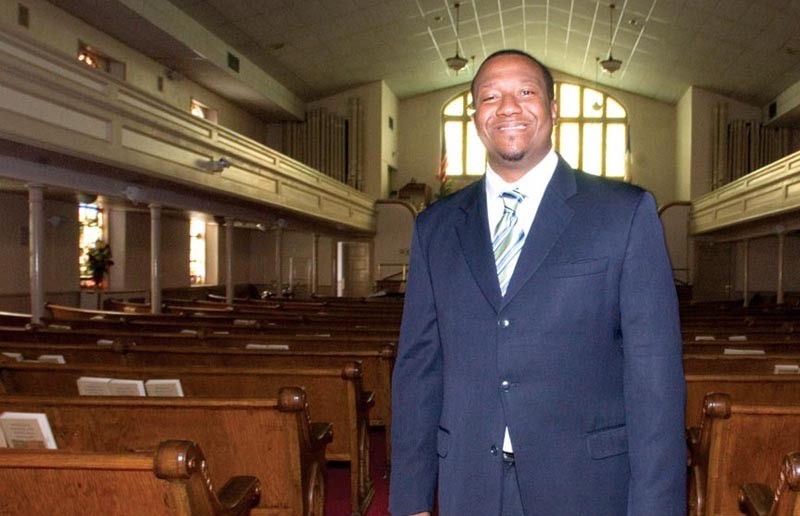 EARTHWORKS UNDULATE NEXT to the Brook Run shopping center. Cannons rest on Monument Avenue. That's the familiar detritus of the war.

But it left even more visible scars on the city's geography.

Richmond was more integrated during the Civil War than it was in the 20th century. In the 1860s, free blacks lived alongside working-class whites and German and Italian immigrants.

After Reconstruction, "we essentially created a system of apartheid," Moeser says. Political districts, such as Jackson Ward, were drawn to keep black votes in one district and prevent African Americans from having a significant voice.

Consolidation and segregation continued. In the late 1930s, the federal government introduced a New Deal program meant to stem the foreclosure crisis (sounds familiar, doesn't it?). Local realtors and bankers evaluated neighborhoods, grading and color-coding them to indicate quality. In Richmond, every black neighborhood — even Jackson Ward, which contained what was called the Wall Street of black America — "was graded D and colored red," Moeser explains.

The end result was the wholesale destruction of black neighborhoods in the name of progress and urban renewal. Navy Hill was obliterated to make way for Interstate 95. Fulton was demolished. The Downtown Expressway sliced through Randolph and Oregon Hill.

Displaced residents had to go somewhere. Those with means moved into white neighborhoods such as Highland Park and Barton Heights, causing whites to flee. Those without such options moved into public housing.

The culmination of all this, Moeser says, was a social segregation that persists to this day.

Nelson looks at nearby Gilpin Court and sees its residents "segregated on this poverty island." (Nelson's church, which was founded in 1867, narrowly avoided the path of destruction for Interstate 95.) Nelson looks at the West End and sees an entirely different Richmond, he says.

IN RICHMOND, ARE people beginning to listen instead of taking a stand?

At Moeser's frequent presentations about poverty in Richmond, he has seen more interest in the city's history from both black and white audiences. "So many people have come up and said, 'I didn't know that,'" he says.

Campbell, who's currently giving a lecture series at Richmond Hill titled, "Richmond's Unhealed History," agrees. "I think we're in a moment where ... basically, people are interested," Campbell says. "They're curious. They want to know. And the history will be told differently."

"I can generally say that the Civil War hadn't been after-dinner conversation" among blacks, says Janine Bell, founder of the Elegba Folklore Society. "Because what's the Civil War about? Slavery. I don't care how many times you say states' rights. States' rights to do what?"

The trouble is, Bell says, that "everybody talks so easily about slavery." People intellectualize it, she says, instead of fully considering what it means to be an African brought here and enslaved, and acknowledging the contributions of black Richmonders. Bell sees progress in the city's recent opening of the Slave Trail and its purchase of the long-neglected African Burial Ground property that had been used for a Virginia Commonwealth University parking lot.

Many Richmonders also forget the staggering number of soldiers who died here, says amateur historian D. Michael Thomas, first lieutenant commander of the Virginia division of the Sons of Confederate Veterans. "They know it was bloody, but they don't have any concept of the depth of human tragedy — the toll, the human toll, for Richmond."

Within 25 miles of the city lie a full quarter of the 260,000 Confederate soldiers who died in the war, Thomas says. At least 80 percent of them rest in unmarked graves — something the local chapter has been trying to correct. In April, the federal Department of Veterans Affairs said it would not provide military markers for such graves at Oakwood Cemetery, a decision the sons have appealed.

Thomas, too, says he's found common ground in conversations about the Civil War "with people whose heritage is not like mine." His personal opinion is that "if you could keep the politicians out of things, a lot of this would have been resolved decades ago."

In the end, hope may lie in Richmonders' willingness to keep talking. The American Civil War Center at Historic Tredegar seeks to tell the story from three perspectives: Union, Confederate and African-American. There's a wall where visitors are invited to share their thoughts on Post-it notes. And on that wall, says Doc Gillespie, assistant manager for visitor services, "we're constantly accused of being too pro-Confederate, too pro-Union and too pro-African-American. So we must be doing something right."S