An increasing number of yoga teachers use local live music. 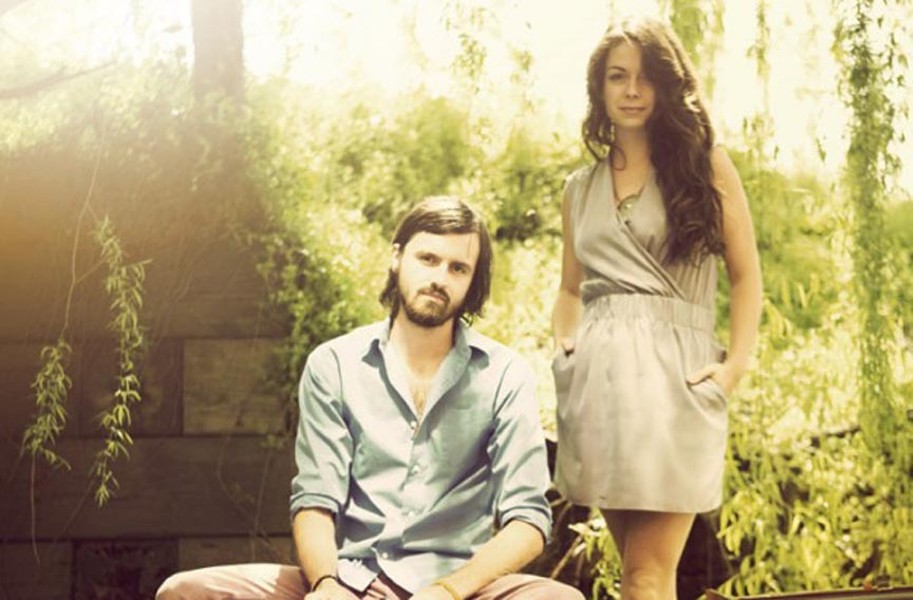 Daryl Calfee Lobo Marino, a duo that builds its hypnotic folk music primarily around harmonium, bass drum and other instruments, is one of the bands that’s performed for a local yoga event.

Sacred music has been part of their trippy folk repertoire for several years now, but it was New Year’s Day 2013 when they played their first yoga event at Ashtanga Yoga in Carytown at the invitation of a friend, Brinson Leigh Kresge.

“We thought it would be fun because she was a dancer before she was a yogi,” harmonium player and vocalist Sullivan says. “It was beautiful, a way to celebrate a new year, but intimidating for us because we had to play an hour and a half of nonstop music.”

Because practitioners are so tuned in to the music, she says, “You can mess up their vibe if you’re not in tune with them and enhance it if you are.”

Across Richmond, an increasing number of teachers and musicians are working together to create a hybrid of live performance and yoga practice. It’s a fusion that spans genres and moods, capable of leading to dancelike movement and inspiring periods of quiet contemplation. Participants say it’s a natural marriage between two disciplines that, at their most basic, are meant to bring about a transcendent state of mind. 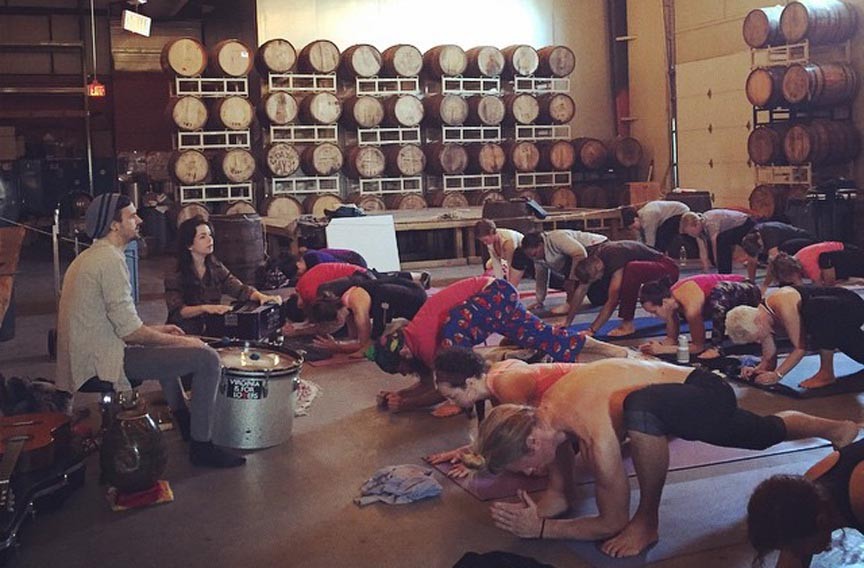 Ali Bullano created a yoga and live music brand called Groovinyasa, incorporating vinyasa yoga with live instrumentation. Working as a bartender at the Camel for six years gave her exposure to many styles of music. And when she acquired her registered yoga teacher certification three years ago, she says, “It only made sense to merge my two life passions together.”

Since then, she’s worked with D.J. Williams, members of the Trongone Band, Tim Beavers, Todd Herrington, Russell Lacy and the Wells Brothers at venues such as the Camel, the Broadberry and several breweries. After a recent move to Denver, she’s using Alex Kane, a guitarist from San Francisco.

“More than just a yoga class, I try to create a social, fun experience,” she says from Denver. “Richmond will always be home to me since I’ve grown up there. I plan to be home every few months to host events and keep the spirit of Groovinyasa alive in Richmond.”

“Ali was a big inspiration,” Meshejian says, “but it took on a life of its own because Michelle and I were so lucky to know these incredibly talented people.”

The sound track isn’t planned. “The music played is organic,” Meshejian says. “They play continuously as we get started. When they hear us start talking, they slow down and fade out. It’s wonderful. The class can turn inward and feel a little more connected to that live energy.”

As a former student of comparative religion, Sullivan sees making music for yoga as a cohesive path in her life.

“Yoga studios have become neo-community centers for nonreligious people,” she says. “They let you in to a very important part of spiritualistic daily life that can be deeply profound. The best experience we can have as musicians for that is playing live music.”