Behind the Scenes of Positive Vibe Café’s Coaches’ Cook-Off 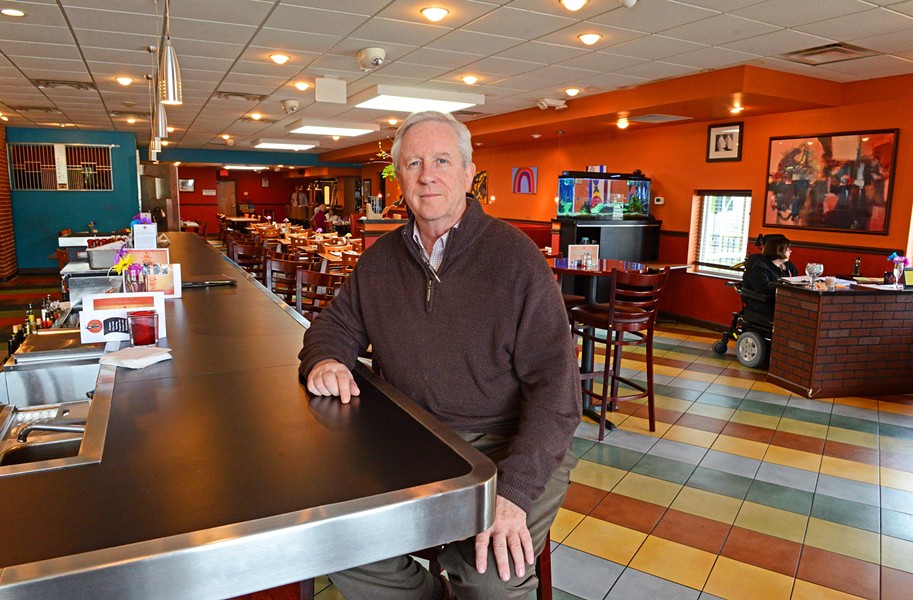 I was a judge at Positive Vibe Café’s Coaches’ Cook-Off, held at the Science Museum of Virginia last year — and was expected to decide which burger was the best. It was a tough decision. Buz Grossberg of Buz and Ned’s Real Barbecue was backing Virginia Commonwealth University basketball coach Shaka Smart. University of Richmond coach Chris Mooney had Glenn Pruden, executive chef at UR, by his side.

Most of the judges had a difficult time deciding which burger they preferred. Both were excellent in their different ways. But ultimately, those few extra presentation points pushed the victory to the Spiders. It didn’t hurt that Pruden and Mooney served their offering along with a cold beer.

This year, Mooney will face off against the head coach of Virginia Tech’s men’s basketball team, Buzz Williams. Pruden will remain Mooney’s right hand man, but at first glance, the scales might be tipped in the Hokies’ favor.

Garth Larcen, executive director of the Positive Vibe Foundation, went to Southbound to talk with Joe Sparatta, who co-owns the restaurant with three-time James Beard award nominee Lee Gregory, about helping Williams in the competition. Sparatta turned to Gregory, Larcen says, and asked him if he wanted to get in on it.

“I called Glenn [Pruden] right away,” Larcen says. “I told him I wasn’t trying to double-up on him, but two of the best chefs in Richmond right now are going to be helping Buzz.” Pruden, the yet-to-be-defeated winner of the cook-off, was unfazed.

And given Pruden’s presentation last year, perhaps Gregory and Sparatta ought to be the ones who are a tiny bit worried. After all, Lemaire’s Walter Bundy went down the first year. UR’s secret weapon just might turn out to be a chef slayer in the disguise of a mild-mannered university chef and head of dining services.

The event will be held Thursday, April 23, at 6 p.m., at the Science Museum of Virginia. Tickets are $100. positiveviberva.com/2015-coaches-cook-off.