Behind the Cook Studio

A father-and-son team left an important legacy of 10,000 historic Richmond images that are steadily being cataloged, digitized and displayed at the Valentine. Forty images are now on display. 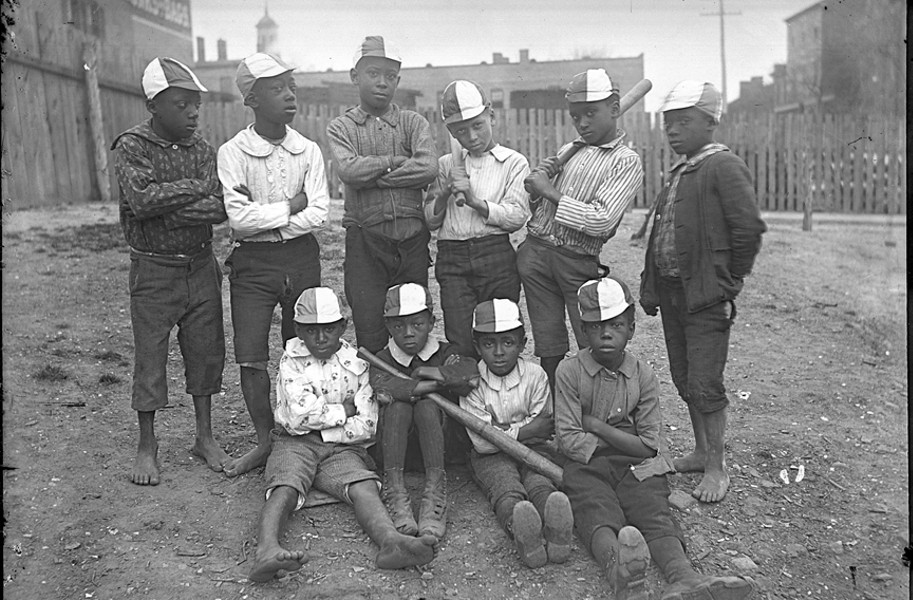 The Valentine Young members of an unidentified Richmond baseball team strike a pose in this 1890s photograph.

Anyone posting an Instagram image is hardly alone: Reportedly, some 600 million photographers, amateurs and otherwise, communicate via the Facebook-owned platform monthly. Chris Buckard, whose Instagram site has gained a large and admiring nationwide following, stresses that the most effective images "never tell people what they can already see." He adds: "Highly focused subject matter tends to perform better." 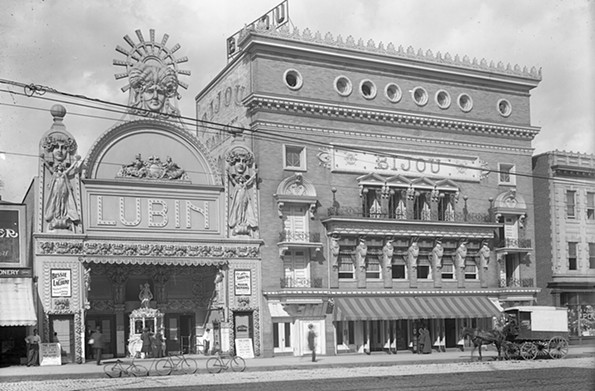 Buckard's observation of what makes a compelling photograph is apropos to the visually and sociologically rich "Images from the Cook Studio" exhibition now at the Valentine. It features 40 intriguing photographs of scenes from late 19th- and early 20th-century Richmond. The pictures were mined from the history center's mother lode of 10,000 glass-plate negatives that were generated mostly by a father-and-son team. 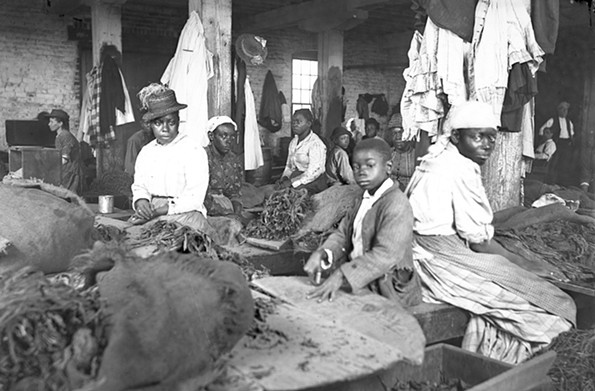 George Smith Cook (1819-1902) was superenergetic, entrepreneurial and specialized in portraits, while Huestis Pratt Cook (1868-1951) was drawn to the streets, neighborhoods and nearby farms of his adopted city. Collectively, from 1880 to 1930, the Cooks spent half a century capturing not just well-known local landmarks and the visages of prominent individuals, but also everyday faces and little-explored places—all highly focused subject matter.

George Cook is recognized as a pioneer in the development of photography in the United States. Connecticut-born and New Jersey-reared, he was trained as a fine artist and eventually settled in New Orleans to paint. By 1843, however, he was exposed to a new technology that became known as painting with light. He later opened a daguerreotype portrait studio in Charleston, South Carolina, and became a master in the craft. In 1851, he moved to New York where he operated a gallery owned by the celebrated photographer Matthew Brady. When he returned to Charleston, a few years later, he shifted from daguerreotypes to working in the wet-plate photographic process that involves glass plate negatives and printing on paper. Cook is credited with making the world's first photograph of actual combat when he snapped a bursting shell in the interior of Fort Sumter. In September 1863 it was fired from the USS Weehawken in Charleston harbor. 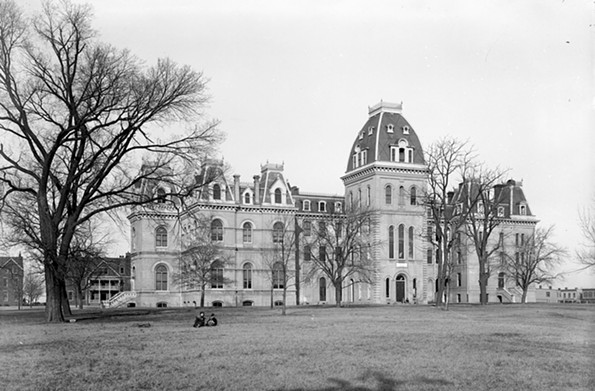 Photography had come to public awareness in 1839, just four years before Cook's embrace of its possibilities. Rather than being used to record historical events, create beautiful images, or communicate personally, such as Instagram, initially it was considered a highly exacting sketchbook.

The two primary inventors of photography, one French, and the other English, worked separately and were unaware of the other's dogged and successful experiments in the technology. In 1839, Louis Jacques Mande Daguerre (1789-1851), working with a collaborator, unveiled his shiny, mirrorlike surfaces that captured an unstable images on sheet of metal. As an artist who painted huge dioramas, he envisioned the new process as a way to speed up time-consuming prep work. And although the daguerreotype was born, it became a wildly popular method for producing hand-held portraits. These were set within thick and deep picture frames that protected the chemically induced image. 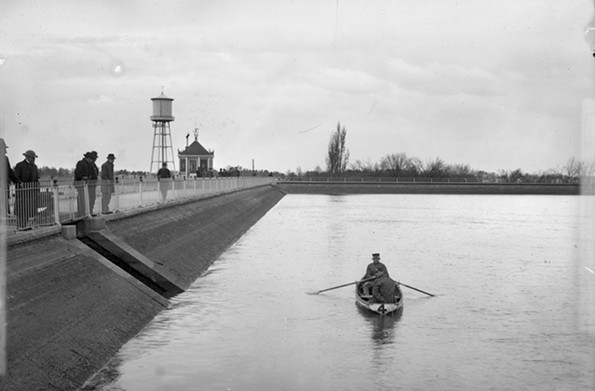 Simultaneously, in 1839 across the English Channel, William Henry Fox Talbot (1800-1877) discovered another photographic process. This gentleman scientist was frustrated by his lack of proficiency in sketching and drawing, a skill then required by most branches of scientific research. He sought to improve his game by developing a camera obscura that projected images onto paper and thus recorded specimens of nature, which previously were meticulously hand-drawn. Talbot announced his findings, which he called photogenic drawing, to England's Royal Society. 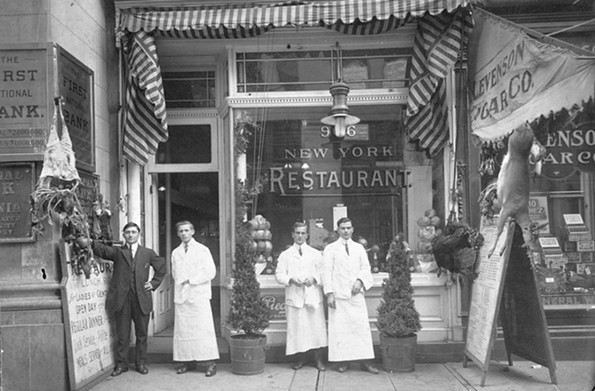 In 1853, William Cook was successfully working as a photographer in Charleston but had two major setbacks in the 1860s. His wife, Elizabeth, died in 1864. And in the last months of the Civil War in 1865, a fire destroyed his extensive collection of negatives and prints, which had been stored in Columbia, South Carolina, for safekeeping. After the war, Cook rebounded and married his deceased wife's niece, Lavinia Pratt. Among their children was Huestis Pratt Cook who would eventually join and expand his father's business. In 1880, the Cook family moved to Bon Air, the railroad and suburban resort community near Richmond. George Cook's eldest son, George LaGrange Cook, who remained in Charleston and would continue the family's photographic operation there for a decade, eventually also came to Richmond. 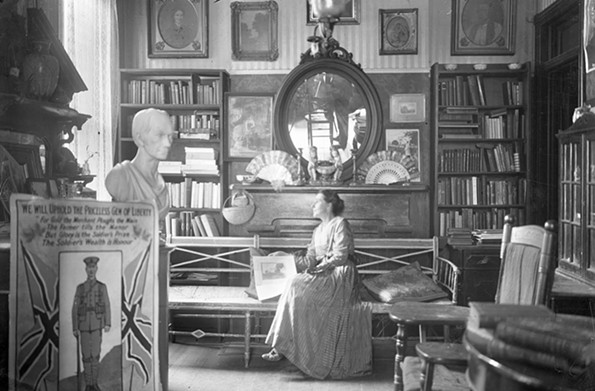 George Cook retired in 1900. Unlike the father, who had worked extensively with portraits in studio settings, Huestis Cook in continuing the operation was drawn to nonstereotypical assignments and settings. He was regularly out and about in the community. He photographed a range of subjects including government organizations, business operations, tobacco factories and rural farming activities. He retired in 1946.

Neither photographer lived to see their achievements in painting in light publically celebrated with the major exhibition, "Southern Exposure," which was staged in 1952 by the Virginia Museum of Fine Arts. This event led to a major book that featured the Cooks' images, "Shadows in Silver," published by Charles Scribner's Sons. 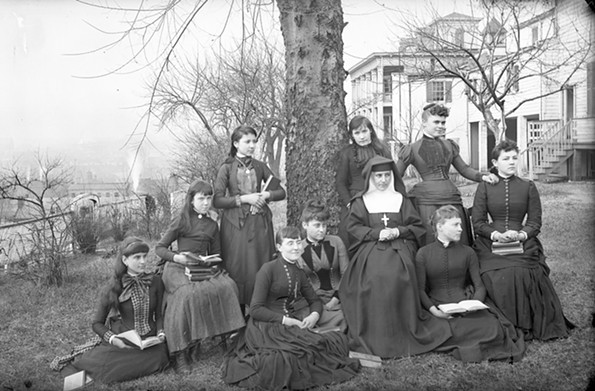 In 1954, working with Mary Latimer Cook, Huestis' widow, the 10,000-piece Cook collection of prints and negatives was acquired by the Valentine where it remains a signature holding. In 2016, a major grant from Universal Leaf Foundation underwrote the ongoing process of cataloging and the digitization of the vast collection. Some 1,400 images have been processed thus far and are available online.

"The major objective of the 'Images' exhibition is to introduce modern-day Richmonders to the work of the Cook Studio and what it has to offer," says Laura Carr, the Valentine archives technician. For three years she has been cataloging and scanning the Cook trove: "It's got a little bit of everything." 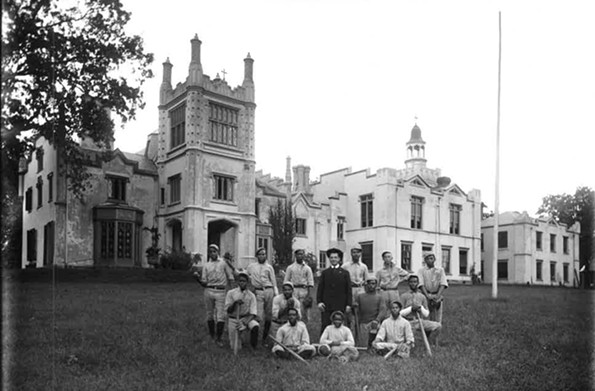 And what does she personally find the most memorable photograph?

"Among the agricultural images are several photographs of cornfields that were taken in Varina," she says. "They are kind of spooky and funny at the same time: In a field of corn there's a man's face peering through the stalks. I told an intern who was assisting us that if she's in a cornfield and sees a man with a camera: 'Run!'"

"Images from the Cook Collection" continues into November. A smaller selection of images will continue to be on view in the Valentine's community gallery indefinitely. The Valentine is at 1015 E. Clay St. 649-0711. 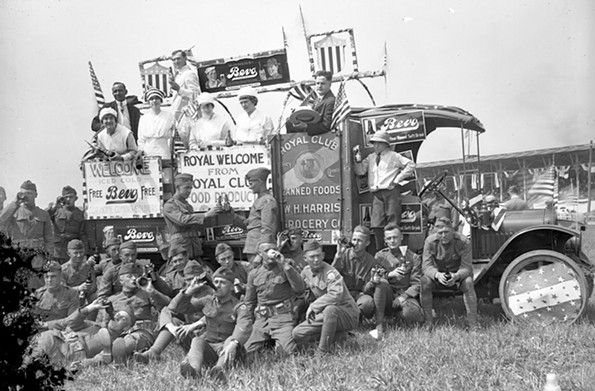