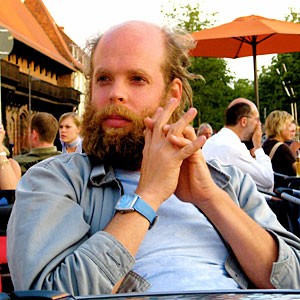 Will Oldham is a curious creature who tends to get a bad rap.

The singer and actor says misconceptions are possibly that he's just “kind and left-winged.” Others see a complex man, cloaked behind an overgrown beard and various monikers, including the Palace Brothers and most recently Bonnie Prince Billy — an artist who typically feels no obligation to answer questions about his work.

Lyrically, his brutally honest vignettes rival Americana greats such as Merle Haggard and Johnny Cash; the latter covered his song “I See a Darkness” on “American III: Solitary Man.” His stage presence can be somewhat distant in so much that the evocative gestures and performance of it all leaves audiences wondering if they've just seen Will, ol' Billy or some new moonshine swillin' character that the post-punk chameleon conjured up just before showtime. It's what Oldham doesn't show or tell that keeps us engaged in his ever-evolving career, spanning almost two decades.

The performer has been holed up in a Nashville studio cranking out a few singles with a handful of heavy hitters. In tow for the sessions are Matt Sweeney, Pete Townsend and longtime Johnny Cash sound engineer David Ferguson, which uncharacteristically prompts Oldham to ramble about the late, great Man In Black.
“The power of working with Cash was really strong and it continues now, almost a decade later,” Oldham says. “It's practically important as it is inspirational and educational. In his company, I saw somebody sitting there that didn't separate music from life, love and religion. Making music and life weren't two things. Just this past weekend, it was cool realizing that that's what we do too.”

Oldham's latest album, “The Wonder Show of the World,” finds the songwriter paired with other previous collaborators, the Cairo Gang (aka Emmett Kelly and Shahzad Ismaily). It stands out as his best work yet. Tender and gloriously profane at times, Oldham comes off hushed as a church mouse on some songs and blazing as an outlaw on others, eliciting a fiery call and response on a handful of tracks. The dynamics suggest that he often draws on an early acting career to execute his enigmatic tales.

It was an acting role that recently brought Oldham to Virginia. Unbeknownst to most River City denizens, he has quite a few ties to the region having lived in Madison, Charlottesville and Richmond. “I was in town for about a month doing a Rick Alverson film. I rode my bike all around Richmond, worked and jumped in the river. I loved going to see shows at the bowling alley. Saw Monotonix there,” Oldham says. “About 10 years ago, when Drag City had a smaller roster we had a joke that all of the bands had two things in common. One of which was that everyone had intense Virginia connections.  The other was that everyone was an invalid as a child.”

Always provocative, Oldham, also known as Bonnie Prince Billy, promises to throw in a few surprises on his current tour of the Southeast (which will see a stopover at the National). “Hopefully we'll be spreading a little holiday cheer,” he says. “I don't think we'll do any R. Kelly or Kanye, but we'll definitely do some songs by other people,  including one that's so old it doesn't have any songwriting credits. We'll definitely bring some variety. … It'll be a good evening.”  S

Bonnie Prince Billy and the Cairo Gang will perform at the National, 708 E. Broad, on Dec. 5 at 8 p.m. For information, go to http://www.thenationalva.com.