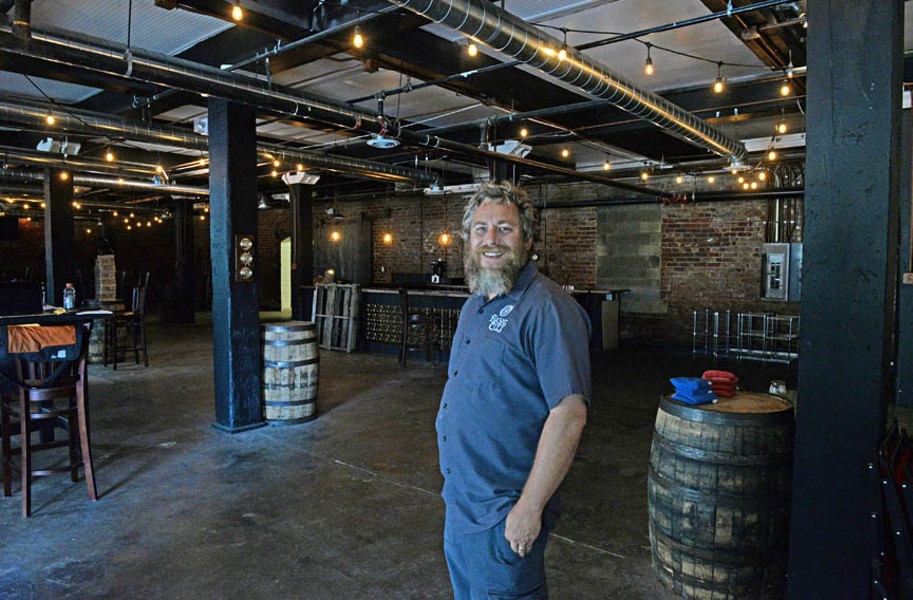 There's nothing basic about Basic City Beer Co., which will open its second location in the River City later this year.

Its story is rooted in the lore of a western Virginia boom town in Augusta County. Basic City, one of Virginia's lost towns, took off in 1890 as a busy steel production town. Its name came from a patented process for making steel.

But the city went bust after the economy nose dived and lawsuits about the steel process led to decline. While Basic continued to exist — even having a college — it later merged with nearby Waynesboro in the 1920s. The South River separated them.

Basic City still haunts the collective local memory, its name appearing on older buildings and in familiar stories passed down about how drunks overcrowded the town jail's capacity, leading to them being tethered to hitching posts outside when law enforcement ran out of room. By most accounts, it was a raucous place, a space for folks to drink — especially when Waynesboro was dry — and let off steam.

The brewery began operations in 2015 and has now outlasted the three-year boom of its eponym.

"We don't have a whole history of what it was," says Bart Lanman, Basic City Beer Co.'s co-founder. "For the most part it exists in lore."

The founders took inspiration from these stories as a jumping off point for discovery and reclamation. The brewery's logo even features a typeface they filched from an old Basic City deed.

The move down Interstate 64 to Richmond was inspired by a bit of luck and good timing. Two satellite locations were part of the original business plan, Lanman says, but he had not been eyeing Richmond. When Twisted Ales announced it was closing permanently after a year in operation, Lanman says the prospect of a turnkey operation was appealing. Two weeks later, the brewery closed the deal and started planning to occupy the Manchester space that once also housed Blue Bee Cider in its infancy. It doesn't hurt that Lanman attended Virginia Commonwealth University and has family and friends here.

So what can Richmond, already awash in so much craft beer, expect from Basic City brews?

"Our brewer, Jacque Landry, has been at this for 22 years. He is beer himself, and what he's always strived for is a balanced and creative beer regardless of what style that leads to," Lanman says. "We offer a great spectrum, from well-done lagers to solid 9-percent winter stouts. Our limited releases are normally gone in three days." Basic City also offers its take on New England-style India pale ales that have become so popular.

The team is excited to more from a town of 20,000 people to a significantly larger market in Richmond. The brewery hopes to open in early September, provided the permitting and regulation gods at all three levels of government allow it. The business needs to receive a separate brewer's notice from the federal Treasury Department's Alcohol and Tobacco Tax and Trade bureau in addition to state and city clearance, he says.

But he says that his biggest challenges with expansion will be managing this new growth while ensuring the quality and consistency.

It's hard not to notice the potential for parallels between Basic City's fate as a boomtown and what feels like an oversaturated market here in Richmond. But Lanman counters that trade association statistics that show, for now, some untapped growth potential.

"We've got a ways to go before we're oversaturated," Lanman says. "Last I checked around a year ago, the average Virginian drank around 29 gallons of beer a year, with 1.8 one of those gallons being craft. Places with a more established craft brewing scene like the West Coast report folks drinking 31 gallons of beer a year with 12-15 coming from craft breweries."

By this count, there's still more suds for Richmond to consume before we hit peak craft beer.