Bard Unbound takes Shakespeare back to the beer-swilling masses. 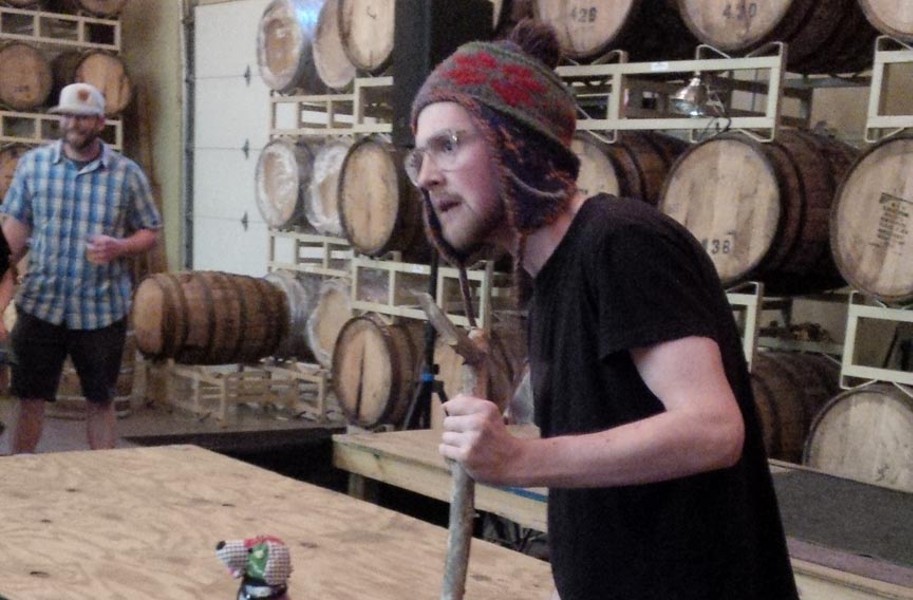 During a scene from "Hamlet," a woman is pulled from the crowd at Hardywood Park Craft Brewery by the actor playing the gravedigger and told she is to be the water. Somewhat surprised, her arms immediately began undulating. Then, choosing a man from the audience, the actor says, "If the man goes into the water and drowns himself" — and the audience volunteer plays along by throwing down the last of his beer to great applause.

That's exactly the kind of reaction Bard Unbound is going for.

Cynde Liffick is founder of a group of actors determined to get Shakespeare off the page, off the stage and into bright, untraditional venues such as breweries and wineries. The goal is to create performances that will negate what modern minds think about Shakespeare.

"People think they need to go because intelligent people do, not because they want to," Liffick says. "This isn't TV or a movie, it's immediate. Part of the fun for us is watching people react. Their faces say, 'Are you talking to me?'"

The group says the benefit of a brewery performance is that people aren't there seeking culture, but rather a good time. So when an actor comes tearing through the beer-swilling crowd or leaping off the bar, even nontheater fans are more open to it. "Some of the uptightness is gone because of the interactive nature of it," she says.

Rather than perform entire plays, Bard Unbound chooses scenes from various plays and ties them loosely together with a theme. In December it was drinking scenes, a natural for Shakespeare's hilarious imbibers such as Sir Toby Belch and Falstaff. Love scenes were the obvious choice for February, followed by clown scenes in April, when a cast of five performed nine scenes, most of which involved running madly through the brewery and using song snippets from a boombox.

Two minutes into the April performance, a very tipsy woman at a front table observes, "Hey, they're doing Shakespeare in a brewery," in case anyone hasn't noticed. It's unlikely, considering a scene from "Romeo and Juliet" began with two rednecks and involved towel snapping, and a scene from "Two Gentlemen of Verona" used a stuffed dog and the song "Hound Dog."

"These five-actor shows are like walking on a tightrope," Liffick says. "We use our body, voice and intent to change characters throughout a scene. We want the audience to be in awe of the changes, the moments of truth and theatricality. I love moments of magic — not a lot of stage mechanics."

As part of that mission, Bard Unbound is offering a three-week Planet Shakespeare camp in August for student actors ages 13-19. The group will study, perform and film "Hamlet," getting a crash course in both Shakespeare and filmmaking, and perhaps providing a breeding ground for future group members.

"Our audiences are not sitting in the dark," Liffick says. "One of the worst things you can do to Shakespeare is let it get lost in the dark. People expect lofty and it can be lofty, but there are also fart jokes and penis references. I love the roughness of Shakespeare. It's raunchy when it needs to be raunchy and it's gorgeous when it needs to be gorgeous. We're dedicated to the words on the page, but it should be in your face." S