Local actor and musician Coby Batty on shooting “Child of God” and why James Franco likes the dark stuff. 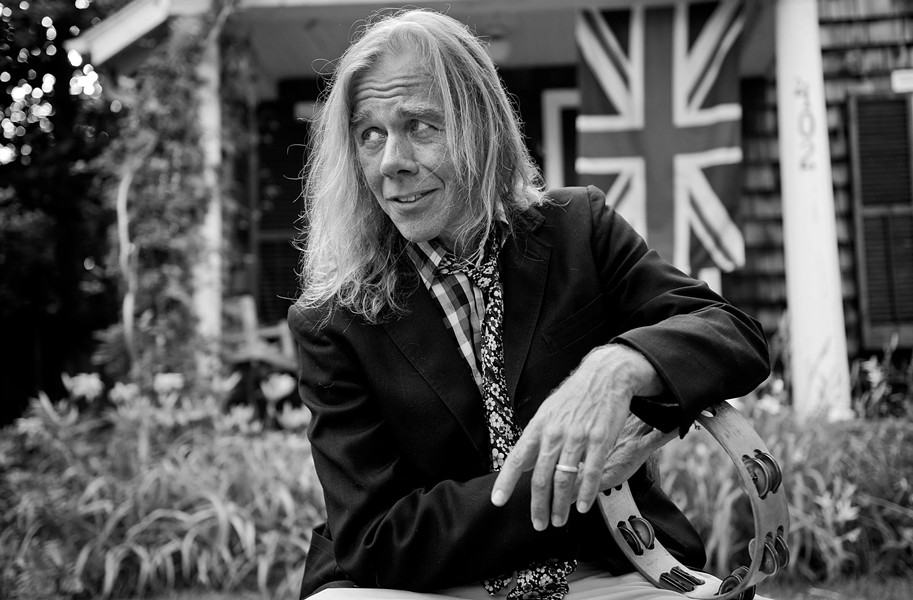 Around town, Coby Batty is known as a veteran musician. A percussionist and multi-instrumentalist, he's played in local bands for years — currently he fronts NrG Krysys and a new jazz group, Rhythmasters. And since the early '80s, he's been a member of legendary underground New York band, the Fugs.

But fewer people know of his work as an actor, including his association with actor and director James Franco's Rabbit Bandini Productions in California.

Most recently, Batty plays a minor role in Franco's critically acclaimed "Child of God" adaptation of the Cormac McCarthy novel. Anchored by an incendiary performance by actor Scott Haze, who embodies the anti-social and violent outcast, Lester Ballard, the film is a brutal and polarizing meditation on loneliness.

Batty plays a member of the posse, led by Franco, which comes for Ballard after a series of particularly heinous crimes. The film is being held over in New York and Los Angeles, and there's Oscar buzz about Haze's riveting and feral performance. There's no word on a Richmond showing. Style Weekly asked Batty about the filming and his understanding of Franco's unusual artistic career.

Style: Were you aware that you were witnessing this amazing performance?

Batty: I knew as soon as I got on set. … Scott [Haze] had gone out into the Tennessee hills for weeks and lived on fish and apples, lost 45 pounds or something, and he really became that guy. He lived in a cave. James said when he got to the set [Haze] was a totally transformed person. He was sort of in character all the time, although he came out a little bit, you could talk to him as a person. But once I got on set, I went right into it with him — I kept my gun on him all the time. He told me later that he appreciated it, he loved that.

We went to West Virginia up around Lewisburg near the Greenbrier in the fall of 2012. It was pretty tough, pretty cold. Scott told me, "You wouldn't believe what I've been through." He really did suffer. In the cave chase, he was barefoot walking over scrag, up and down these hills. Some of it was shot in an old mine, which was a little dangerous and scary. I had to chase [Haze] up through a hole where he escapes us, and I was up in there with bats right by my hand and weird spiders. Kind of freaky [laughs]. 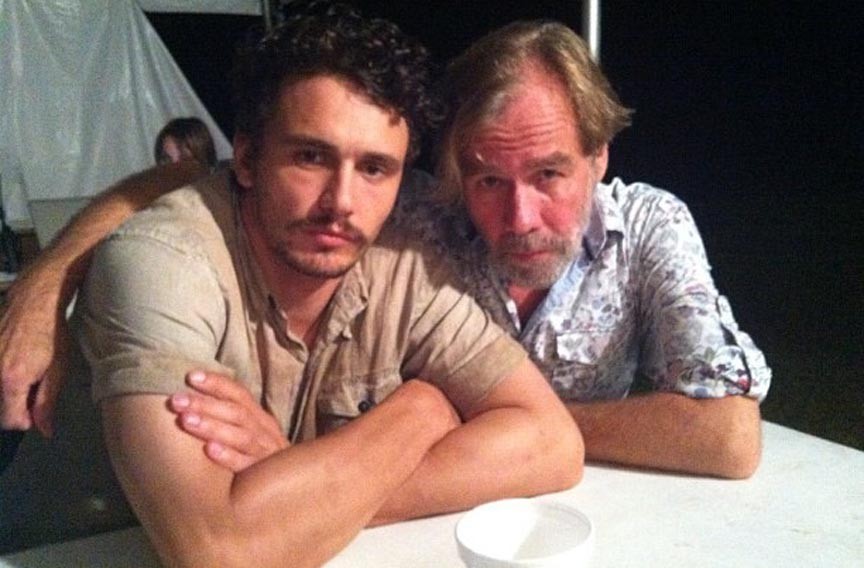 How did you get hooked up with Franco and Rabbit Bandini?

James was at [New York University] making a thesis film, "Herbert White," starring Michael Shannon. He had met a woman in Georgia whose father had a farm in Suffolk that he needed for the shoot. There was a mention in the Times-Dispatch's news around the state column saying Franco was auditioning in Suffolk. I went straight down there that day. I knew the character: Oregon Hill kinda guy, abusive, alcoholic, fucked-up guy. I knew exactly how he'd look. I beat out 400 guys for that part and later James told me they were a little afraid of me because they thought I was crazy. ... His producer and cinematographer liked me, so they started calling me for different things: another NYU film with James, a bigger part as Gillespie in Franco's version of "As I Lay Dying." … I'm still in the mix so I'm happy about that.

Have you gotten a sense of why Franco likes these dark Southern gothics so much?

Well, I know when he was a teenager in Palo Alto, he was on the brink of getting into trouble with the law, driving fast, drugs and drinking. His dad grounded him and made him read "As I Lay Dying," and told him to get a hold of it. He read it several times and that sparked something in him. It's funny, one time in West Virginia, we were riding back at 5 in the morning and he asked me, "Coby, why am I attracted to this dark stuff?" He looks at me as this Beat guy, even though I'm not, I know some Beats.

I told him, "I was like that at your age, but you might grow out of it."

He just said, "Yeah, maybe I will," and that was that.

He certainly has a zest and lust for life. I've never seen a more driven person. He never goes on vacation, no drinking or drugs. I think because he thinks of life as an act of creation at all times, he's interested in the extremes of life. What people do in extremes.

Some critics have complained about the lack of stakes or sympathy for the main character — I didn't have that problem. Though McCarthy based the character on serial killer Ed Gein, so obviously it gets pretty disturbing.

This character grew up totally isolated. Mom died early, dad killed himself pretty early. He grew up away from people and just became more and more anti-social. He just wanted love and he still recognized what love could be, but just had no idea what normal love was. That's why people get twisted, because they don't get love early on. S