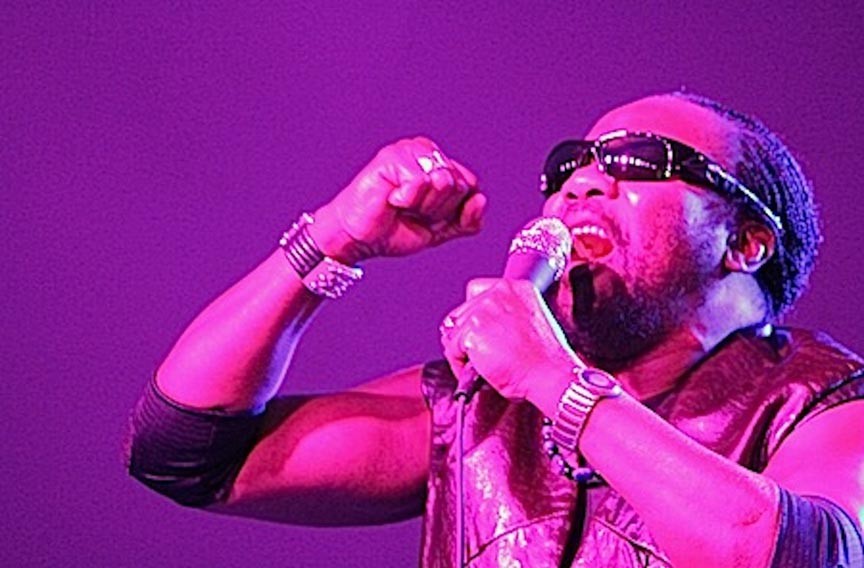 He was lighting up the Brown's Island stage Saturday night. But by Sunday morning Frederick "Toots" Hibbert had left Babylon for good — maybe.

The lead singer of the legendary reggae act Toots and the Maytals was hit square on the head by an empty glass vodka bottle flung from the audience. In the aftermath, Richmond appears to be experiencing a civic panic attack.

But will the incident really cast a long shadow over Richmond's growing reputation as a music town?
Hibbert, who required stitches, seems to hold no ill will. Local guitarist DJ Williams, who was onstage playing with the star, says that he's spoken with guitarist Anders Osborne, who is opening for Hibbert on his current acoustic tour. "Toots really has a kind of Buddhist mentality," he was told, and isn't casting blame on the city. "But moving forward it's really about how his management feels about bringing him back to Richmond."

While the story gained national media attention, Richmonders took to social media in droves to apologize for the bottle thrower's behavior and defend the city.

Next, a wave of backlash followed. Local artist Eliza Childress wrote on her Facebook page that Richmond regularly overlooks tragedies when it comes to the deaths of homeless people, like the one recently found in a trash can across the street from her house. "Toots is famous, everyone is flipping their shit. There are Jane and John Doe's being stuffed in your trash cans and it's just another day in Richmond." Indeed, police were slow to respond to media questions about the concert Saturday night because they were dealing with a stabbing homicide.

After the Toots incident, some folks predicted tighter security procedures and longer lines getting into big events. And it's likely that public events will cut back on serving liquor — especially from anything poured from glass bottles. At Riverrock, mixed drinks were served in plastic cups. The executive director of Venture Richmond, Jack Berry, speculated in the Times-Dispatch that the thrown bottle was stolen from the serving area, after he said event organizers discovered a bottle missing while taking inventory.

Josh Dare, a principal with the Hodges Partnership, a public relations company that also specializes in crisis management, says that Richmond will take a hit because of the national media coverage.

"But overall, I think this is an isolated incident of one knucklehead," Dare says. "It wasn't throngs of people." He adds that the first step in damage control would be to make artists and concert goers feel safe at shows.