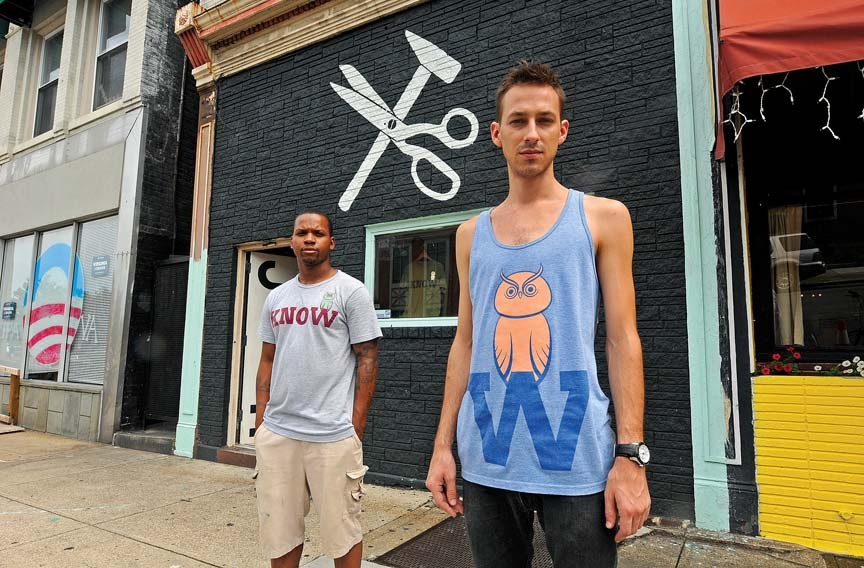 He was interested in vintage clothing but wound up disturbing the dead.

In early 2010, Britt Sebastian opened a clothing shop on 412 E. Main St., which he called Hollywood Cemetery. He emblazoned the words in a large teal-blue-and-black sign on the front of the building.

"I wanted it to be homage to Richmond," Sebastian says. The 23-year-old also visits the cemetery of the same name, which first opened in 1849, to reflect, he says: "People outside of Richmond thought it was a neat name and people in Richmond knew its historical significance."

The management at Hollywood Cemetery, the venerable burial ground near Oregon Hill, apparently wasn't so charmed.

Earlier this year Sebastian received a cease-and-desist letter from the cemetery's law firm, he says. He contacted a lawyer, who he says advised him he'd properly registered the corporate name and had the right to use it. But, Sebastian adds, the lawyer also told him: "This is a big, scary company you're dealing with. You'd probably win, but it would take a lot of time and a lot of money." He had neither.

As a student at Thomas Dale High School, Sebastian had prowled thrift stores for vintage and designer clothes that he found more interesting than chain-store apparel. He went on to major in advertising at Virginia Commonwealth University and interned at a North Carolina clothing manufacturer, where he learned to sew.

"I've always been interested in clothing," Sebastian says, seated amid a sea of cotton shirts, ironing boards and silk screens at his downtown combination plant, salesroom and office. He didn't want to lose his business.

Stephen Demm, an attorney representing Hollywood Cemetery Co., a nonprofit, says the issue was resolved, and the organization wishes Sebastian the "best of luck."

"Given the long history and value of its name, Hollywood Cemetery was concerned when it learned that another organization in Richmond was using the same name," Demm says. "Fortunately, we were able to reach an amicable resolution with that organization."

Sebastian has changed the company's name to Haberdash. But no words adorn the façade of his building. Instead, there's a logo of Sebastian's design — a pair of scissors crossed with a tailor's hammer, hammer-and-sickle-like. "This image fits us well," he says. "We do custom, mostly men's clothes and we want it to reflect our craftsmanship."