Basketball Among the Brownstones

Going to see VCU and UR in the A-10 tournament in Brooklyn this month? Here's where you should eat. 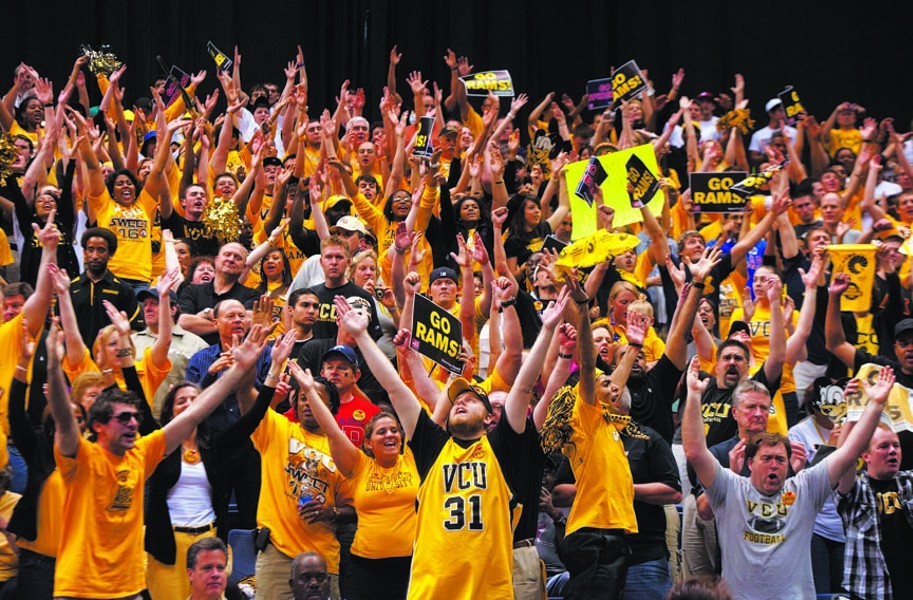 Fans of Virginia Commonwealth University and the University of Richmond attending the Atlantic 10 basketball tournament in Brooklyn from March 13-16 should take advantage of the surrounding neighborhoods, known collectively as Brownstone Brooklyn. Walk in any direction from Barclays Center and enjoy some of New York's trendiest neighborhoods and eating and drinking establishments. A dozen Brooklyn restaurants also have food stands in the arena.

The best way to get around is to walk. For longer trips take the subway: The arena sits atop one of the city's busiest terminals. Last year the city inaugurated a fleet of green cabs, which can be hailed if you can find one, or ask your hotel for the number of a reliable car service, unmarked black cars that are reasonably priced.

The official headquarters for VCU fans again this year is the KBH – which stands for Die Kleiner Bierhalle -- a sprawling Cologne-style beer hall festooned wall-to-wall in black and gold. Wash down its wursts and brats with 20 German beers on tap. It's on St. Mark's Place between Third and Fourth avenues. On March 12, VCU alums will party in Manhattan at the Tribeca Rooftop at 2 Desbrosses St. Take the No. 1 train.

UR alums will have a reception before each Richmond game at Buffalo Wild Wings at 139 Flatbush Ave. To see a UR grad at work, stop in at One Girl Cookies at 23 Main St. near the Manhattan Bridge, or 68 Dean St. in Carroll Gardens. It's owned by 1992 history grad David Crofton and his wife. The former location has wine and cheese next to a restored carousel, a view of the Manhattan skyline, and delicious cookies. Crofton found his passion for baking at Montana Gold Bread Co. in Carytown.

Most Brooklyn restaurants are casual, with prices comparable to those in Richmond. Many have outdoor seating. An easy way to sample the variety of food, shops and architecture is to cross Atlantic Avenue from Barclays and stroll along Fifth Avenue, which is one of the main drags of Park Slope, along with Seventh Avenue.

The Slope, widely described as one of the best neighborhoods in America, is a square mile of brownstones and new condos crammed with 65,000 actors, writers, politicians, including new Mayor Bill DeBlasio, and young couples with double-wide strollers and Caribbean nannies.

The following restaurants are all on Fifth Avenue, listed in ascending distance from Barclays:

J-Pan. No. 287. My grandson's favorite for sushi. Lunch and dinner.

Benchmark. 339-A Second St. near the corner of Fifth Avenue. American. Cozy. Steak. Lunch and dinner.

If you're staying at the Marriott or another downtown Brooklyn hotel try these top-notch spots on Smith and Court streets.

Worth going a little farther is Tom's, for a feel of the real Brooklyn. Waiters stroll the line outside -- and often there is one -- with juice, coffee and cookies. Inside get an egg cream that has no egg and no cream, a cherry lime rickey or lemon piccata pancakes. Prospect Heights, 782 Washington St. at Sterling Place. Cash only. Breakfast and lunch.

To explore the true hipster neighborhoods—Williamsburg, Greenpoint, Bushwick—you'll need to hail a cab or take the bus or train.

Don Baker divides his time between Richmond and Brooklyn.