Yes, even William Shakespeare could suck at times. "Cymbeline" is proof. 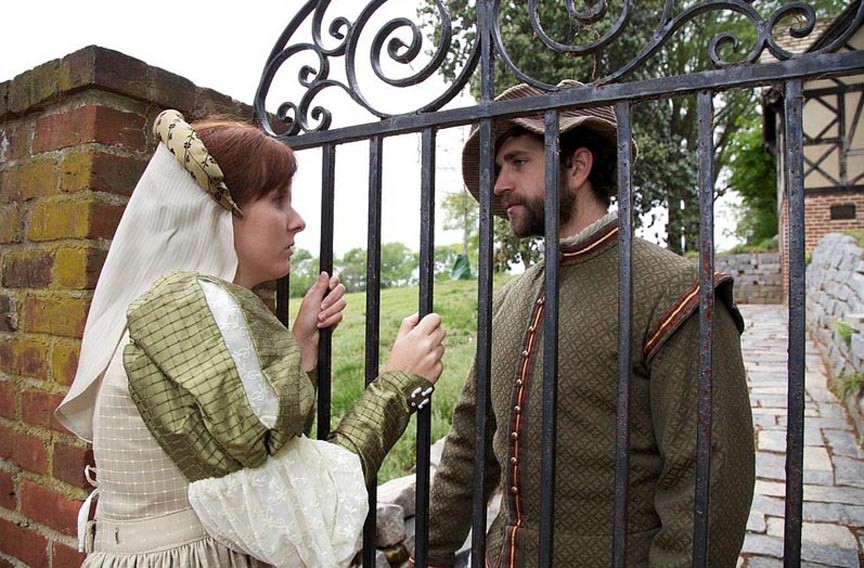 "It is for the most part stagey trash of the lowest melodramatic order," he wrote, later adding that the play's ending was "a tedious string of unsurprising denouements sugared with insincere sentimentality after a ludicrous stage battle."

Watching Richmond Shakespeare's performance of the play out at Agecroft Hall, it's easy to see where Shaw's line of thinking originates. Compared to the Bard's masterworks, "Cymbeline" reads like a parody of Shakespearean clichés.

The convoluted plot goes something like this: Princess Imogen has angered King Cymbeline by marrying her adopted brother Posthumus instead of her stepbrother Cloten. Posthumus is banished, and decides to kill Imogen after the trickster Iachimo convinces him that she is unfaithful.

What follows is a jumble of Shakespeare's laziest writing, which includes cross-dressing, lost sons, an epic battle, the god Jupiter descending from the sky and a final scene chock-full of revelations.

Because of the script's scattered and melodramatic plot, it's common for productions to stage it in a dreamlike environment to smooth out the rougher areas. Instead, director Tlaloc Rivas gives Richmond Shakespeare audiences a straightforward telling, which is occasionally funny but mostly tiresome.

Elisabeth Ashby does a fine job as the resourceful Imogen, and Justin Ahdoot is alternately adorable as the lost son Guiderius and determinedly loyal as the servant Pisanio. LaSean Greene stands out in dual performances as the Italian trickster Iachimo and the idiotic Cloten. Alan Sader essentially regurgitates his role as last season's King Lear with his portrayal of King Cymbeline.

The uncredited cave set is a promising departure from the company's normally minimal backdrops at Agecroft Hall. Virginia McConnell's costumes fit the period, and B.J. Wilkinson's lighting adds nicely to the melodramatic tone.

With a running time of three hours, Richmond Shakespeare doesn't appear to have trimmed any of the Bard's excesses. Long, convoluted, and largely uninteresting, perhaps this show is best left for the Shakespeare diehards. S