Exploring the science and mysteries of Richmond's jail food.

It doesn’t matter how many years ago they were locked up there — former inmates of the Richmond City Jail retain vivid memories of the food. They’re not good.

With the opening of the new Richmond Justice Center on the horizon, that could change — though probably not dramatically. Last month, food-service contractors toured the new facility’s state-of-the-art kitchen as they prepare to bid on a contract to provide food service that will pump out a minimum of 1.1 million meals a year.

While no one expects gourmet quality in jail food, the city lays out some minimum requirements in its request for proposals from contractors. And it sets a high bar, including a specification that the successful bidder “provide only wholesome products for direct consumption.”

Here’s a look at how the jail’s kitchen runs now and what the city wants going forward. 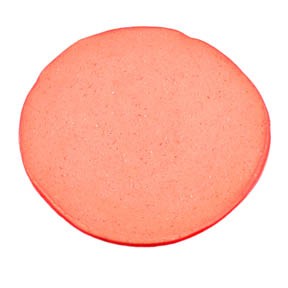 The kitchen in the current 1960s-era jail is run by sheriff’s deputies and inmate “trustees.” Breakfast can be as varied as eggs, french toast or sausage gravy. A typical lunch consists of a beef bologna sandwich with cheese, beets, and fruit. For dinner, entrees range from spaghetti to chicken-a-la-king.

The potential contained in the menu doesn’t necessarily translate to the plate. 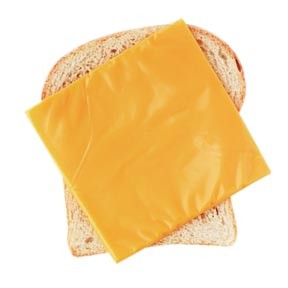 “There was bologna with all these holes in it — like a mystery meat,” says one former inmate. “And it came with ... cheese that don’t melt. I put that bitch on the microwave on 10 — 10 minutes! — it will not melt. What is it made of? It ain’t cheese. I’ll tell you that.”

Former inmates say they ended up mostly eating junk food from the jail’s store for inmates. “I ate a whole lot of canteen. They’re not too much better. There’s just a bunch of damn Oodles of Noodles — ramen noodles and all that stuff, peanut butter and crackers. But it’s better than everything that they serve.”

Another woman recalls a fish sandwich served during a day in the city lock-up. “Oh, I remember it, and I remember not eating it,” she says. “I couldn’t tell whether it was cooked or not. … It was on two slices of bread. It wasn’t moldy, but it was stale.”

The meals add up to about 2,500 calories a day. Jail spokesman Maj. Jerry Baldwin says the menu was designed in cooperation with an independent registered dietitian and meets recommended dietary allowances set out by the National Academy of Science.

The city requires the successful kitchen operator to avoid providing “excessive fat calories that will result in more stomach-filling bulk.” That means limiting portions of margarine, salad dressing and mayonnaise to a half-ounce per serving.

The menu must contain at least five half-cup portions of “fruit and vegetable equivalents to assure a minimum level of menu quality.”

But no getting creative when it comes to interpreting what counts as an equivalent: “Items such as fruit drinks, rice and noodles do not qualify.”

If inmates find themselves dissatisfied, their complaints must be “processed” by the contractor within 72 hours.

To reduce the need for special religious modifications, pork is not allowed on the menu. That follows current practice, which means lunch entrees with items such as “turkey ham” may survive in the new facility.