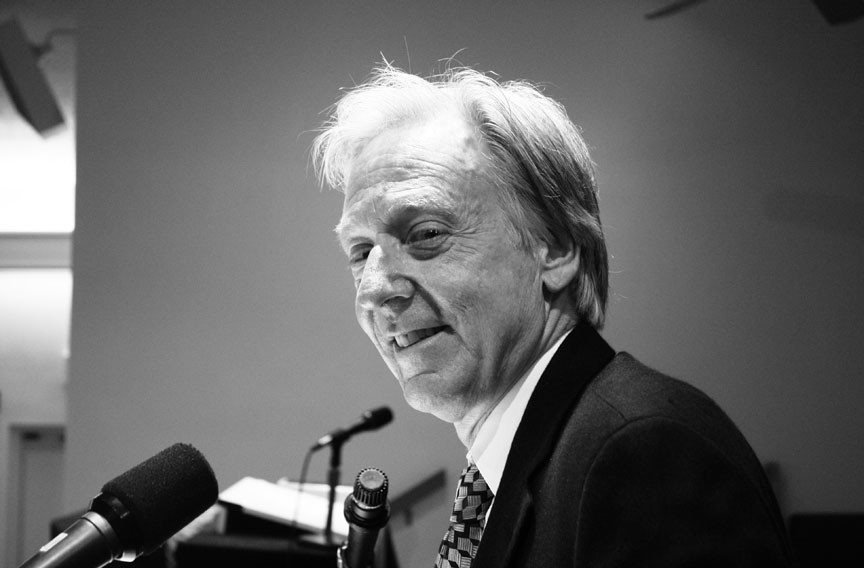 Three decades after the Good Friday of April 14, 1865 — when John Wilkes Booth fired a bullet into Abraham Lincoln's skull, a man claims to know a secret that might have unraveled the United States. He says he'll take it to his grave.

And then he dies.

The man is John Bingham, a prosecutor in the military tribunal that found eight of Booth's co-conspirators guilty of treason. The secret — a family tale passed down to the grandson of the physician who attended Bingham — originated with Mrs. Mary Surratt, Booth's landlady and the first woman to be executed by the U.S. government despite protestations of innocence. Her last words to her hangman were "Please don't let me fall."

This tantalizing piece of unanswered history is what spurred David O. Stewart to write "The Lincoln Deception" (Kensington), a fictional extrapolation on Surratt's secret told from the perspective of Bingham's inquisitive physician.

Lauded by Publishers Weekly as "a plausible version of history that works as both fiction and speculative inquiry," the story allows Stewart to explore his informed suspicion that Booth, Surratt and others did belong to a coup d'etat conspiracy.

"Follow the money," Stewart says. "Booth and his conspirators lived for months before the assassination with no income. Who was paying the bills?" And of the four presidential assassinations in American history, three intended to kill the president, he notes. But this plot aimed to dispose of Lincoln and Vice President Andrew Johnson, and Secretary of State William Seward, and, very likely, Secretary of War Edwin Stanton and Gen. Ulysses S. Grant.

With the Booth conspiracy, facts are just as fascinating as fictional possibilities. Richmonders can learn more when Stewart's spine-tingling Halloween lecture, "Family of Assassins: the Surratts of Maryland," comes to the Virginia Historical Society. His talk will appraise the eclectic band of conspirators, focusing on Mrs. Surratt and her son, John Jr. of the Confederate Secret Service. "We don't have many mother-son criminal teams in this country," Stewart says.

The four conspirators deemed most integral to the crime were hanged from the same scaffold on July 7, 1865. George Atzerodt, 30, botched his assignment by drinking heavily and "looking suspicious" at the bar of the hotel where the vice president was staying. Lewis Powell, 21, was an Alabama farmboy who enlisted at 17 and became an operative in the Confederate Secret Service. The streetwise David Herold, a 23-year-old pharmacist's assistant, led Powell to Seward's house, where the murder was nearly successful. The Bowie knife missed Seward's jugular only because he wore a jaw splint while recovering from a carriage accident. The fourth perpetrator was Mrs. Surratt.

Her son, a 21-year-old courier for the secret service, changed his name and appearance in the wake of the crime, fleeing through Canada, Britain and France. In Italy, Surratt became a papal zouave under the pseudonym John Watson. He was captured in Egypt a year and a half after Lincoln's assassination, but the prosecution couldn't place him in Washington during April 1865, and Surratt was acquitted.

Public and scholarly sentiment on the plausibility of a Booth conspiracy is undergoing revision, and Stewart long has been interested in contested milestones of American history. A lawyer for 25 years, he's relatively new to the world of publishing. His nonfiction career began in 2007 with "The Summer of 1787" (Simon & Schuster). "We tend to have such a starry-eyed view [of the Founders]," he says. "But, in fact, they were politicians."

In "Impeached" (2009), Stewart's research demonstrated that the impeachment trial of Andrew Johnson was corrupted with bribery and "the key vote was bought." And "American Emperor" (2011) considers Aaron Burr's revised ambitions — westward ho! — after a certain duel. "The United States was only 17 years old," Stewart reminds readers of Burr's expedition. "The idea that he would start a new country wasn't all that startling."

Though he enjoyed the fictional foray, Stewart now says he's back to historical fact. The subject of his current work is James Madison. S

"Family of Assassins: the Surratts of Maryland" is Thursday, Oct. 31, from noon to 1 p.m. at the Virginia Historical Society's Main Building, 428 N. Boulevard. For information, visit vahistorical.org.