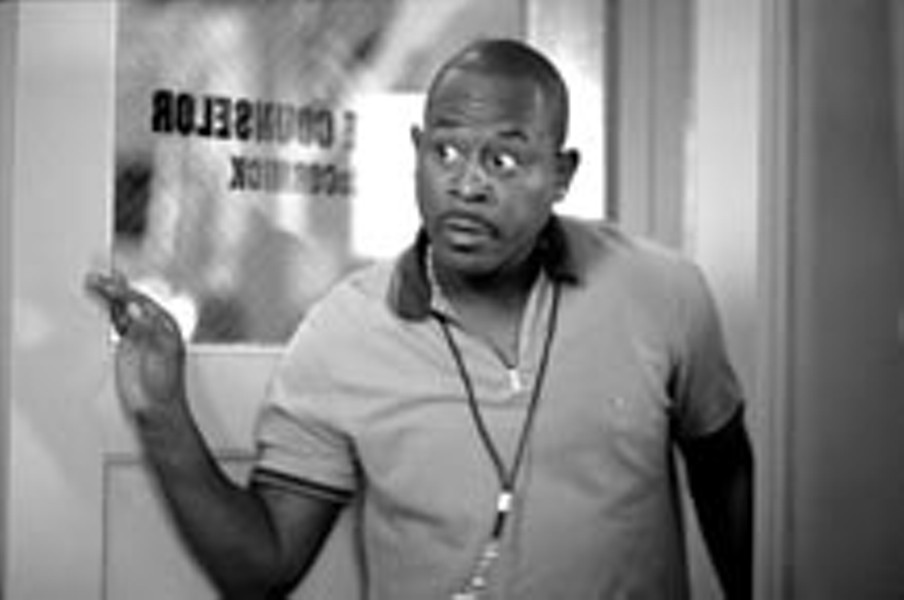 The story and script have a hazy amiability, but that won't keep you from frequently glancing at your watch as you take it all in. The whole movie has the air of a joke whose punch line the teller can't quite remember, but which he assures you would be heartily entertaining if he could. Thus, the team Coach Roy takes on is a predictable assembly of the awkward, the wretched and the maladjusted. There's the gentle giant who needs to find some backbone. One player is notably flabby. Another throws up at the drop of a hat. The team's enforcer, on the court and off, is a petulant girl who's not averse to throwing a punch if provoked. And then there's the potential star with something like talent, who needs to learn there's no "I" in "team." Having assembled these misfits, the film listlessly chronicles their rise from losers to state championship contenders, thanks to the ministrations of Coach Roy and Preacher Don (Lawrence again, in a double role), a meretricious promotional speaker.

While the team is coming together, Coach Roy learns some life lessons as well, and it is here that "Rebound" most clearly exposes its treacly heart. Sure, it's great to be the idol of millions and to live in a mansion, but what are such trifles compared to the joy of bringing a smile to the face of a child? Such is the question Coach Roy must ask himself, especially when he discovers that his growing dedication to the team endears him to one player's lithe, lovely and lonely mommy. For this role, Lawrence has checked his edge and foul language in the dressing room and spends much of his time trying to look like a man who just needs a hug.

The best gag in the movie may be the team's name: the Smelters. Their mascot is a factory at full blast, soot pouring from the smokestack perched above its cute cartoon face. That only goes to show that you have to scour the corners of the frame and the plot to get much enjoyment during the 87 minutes of running time. Patrick Warburton briefly enlivens things as an opposing coach ravenous to bring down the mighty Coach Roy through his well-drilled boys. On the other hand, Megan Mullally ("Will & Grace") falls flat as a beleaguered principal, showing once again how shtick that reliably sends TV studio audiences into raptures can languish on the big screen, where all its paltriness is exposed.

As it happens, an honest-to-goodness remake of "The Bad News Bears" is due out later this month. If you're bent on seeing this kind of movie, there's no reason not to wait a bit for the authentic imitation. (PG) 1/2 star S