Back to the Bottom

Will the latest push to build a ballpark in Shockoe Valley finally stick? 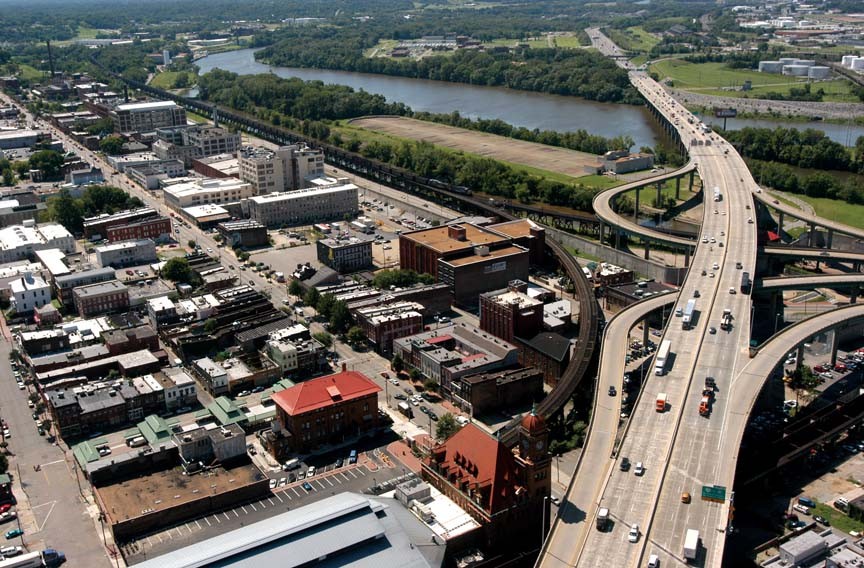 She got the phone call at 5:30 a.m. Turn on the television news, a friend told her. Delegate Delores McQuinn, who's been working for more than a decade to memorialize the city's painful slave history in Shockoe Bottom, found herself playing Bill Murray in Richmond's Punxsutawney. But there was no groundhog.

The ballpark proposal was back. On the morning of July 31, no amount of eye rubbing could change the picture.

"I think most of us found out at the same time, in the news and in the paper," says McQuinn, who first helped align preservationists and historians against plans for a Bottom ballpark in 2003. "Why are we here again?"

The controversial proposal to build a baseball stadium in the city's most historic neighborhood came roaring back last week, and almost immediately it began sparking a citywide sense of déjà vu. It was a huge political play for Mayor Dwight Jones, who just three years ago nixed essentially the same proposal as financially unfeasible.

Since 2009 the city and the Richmond Flying Squirrels have been working, albeit slowly, to build a stadium on the Boulevard to replace The Diamond. The Boulevard site is more centrally located, just off interstates 95 and 64, and had the support of political leaders in Henrico and Chesterfield counties.

But a key piece of the equation changed recently, city officials and business leaders say. Henrico and Chesterfield allegedly have intimated that they can't help pay for a new ballpark on the Boulevard (see page 7), which means the city must go it alone to get a stadium built by 2015. So why not take another look at the Bottom?

It's is the fourth time in the last decade that developers have proposed building a ballpark just north of the 17th Street Farmers' Market, near the former Lumpkin's Jail site and the old African Burial Ground, in the path of the city's long-planned slave trail. It's been pitched as an economic savior and panned as a money pit in times of financial duress. Publicly, city officials say it's only in the exploratory stage, and other sites are also being considered. But sources with knowledge of the effort tell Style Weekly that the Bottom ballpark is Option A. And it's further along than you might think.

Highwoods Properties, the developer behind the 2009 plan to build a $363 million ballpark-anchored retail and office complex in the Bottom, is rumored to be behind the most recent proposal, with the support of local investors. While much of the property where the ballpark would be built is city-owned, the group is working on a deal with one of the Bottom's biggest private landowners, the Loving family of Loving's Produce.

Like the previous proposal, the ballpark would be the centerpiece of a new retail and office development. If the new proposal follows the path of the 2009 ballpark plan, tax-exempt bonds would be floated to cover some portion of the ballpark's cost, between $50 million and $70 million. A special tax district would be created around the ballpark to allow tax revenue generated by the development, such as sales and meals taxes, to go toward paying back the bonds.

Three years ago, this financing mechanism proved problematic. To generate enough tax revenue to cover the bond payments in 2009, the project would have needed to average sales of $67 million annually, which at the time presented a 2.1 increase in overall retail sales in the city, according to consultants hired to study the proposal. Generating that much additional sales revenue in an already sluggish economy is almost unthinkable. Even if the project did get close to those numbers, it more than likely would mean drawing business away from existing restaurants and retailers in the city, resulting in an overall tax drain on the city's general fund.

But there are some key differences between the current proposal and the one from three years ago. First, the Flying Squirrels already have committed to help pay for the ballpark, as much as $12.5 million. Second, the Greater Richmond Chamber and Venture Richmond support the Bottom ballpark, and key community business leaders are trying to rally support. Removing the ballpark from the Boulevard and also moving other nearby state and city facilities, along with the Richmond Sports Backers stadium, would free up nearly 90 acres for a significant mixed-use retail development. Developers long have salivated over the area's potential for a power retail center, with big boxes stores such as Target and Best Buy, and there's even talk of building an upscale retail center.

Will the Bottom ballpark, version 4.0, overcome the considerable community opposition generated by the first three versions?

"Everybody is very excited about the prospect," says caterer David Napier, president of the Shockoe Bottom Neighborhood Association. But local business owners seem guardedly optimistic, he says: "I think they are a little scared to get on the roller coaster until it's confirmed." S