Back on the Block? 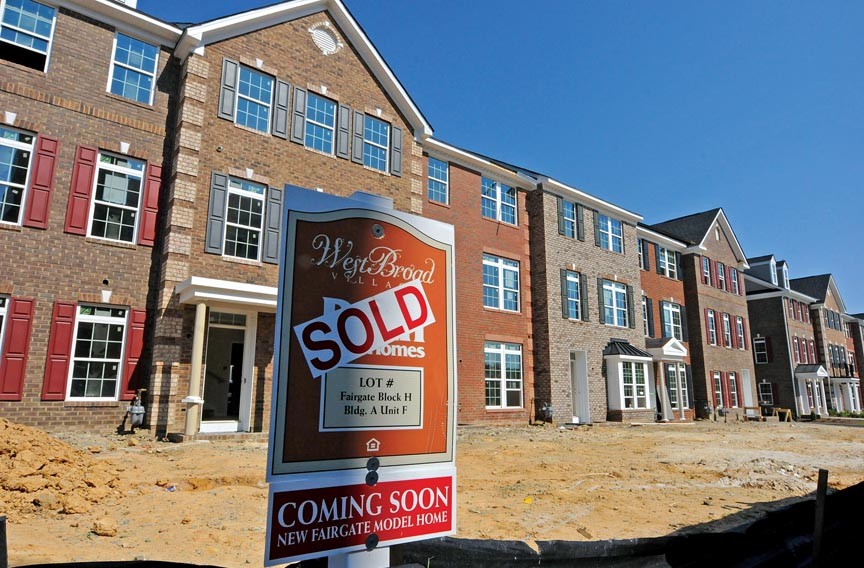 The 240-acre tract in western Henrico County was under attack for years. From the east marched Nordstrom and the new urbanism of West Broad Village. From the west came a WaWa gas station. Yet the owners didn't sell, partly because they hated to give up their bucolic property and also because banks were reluctant to make loans after the subprime mortgage meltdown in 2007.

Finally, they're biting the bullet and collectively putting up for sale what's known as the Ellis-Henley property located on West Broad Street across from Strange's Florist and just a mile or so west of Short Pump Town Center. "Things just changed in the last three or four months," says Rick Grizzell, owner of Premier Properties Realty. His family holds 30 acres of the tract that he expects to sell for more than $10 million for mixed-used development.

The choice made by the families, among the last holdouts in Henrico's decades-long sprawl, shows something other than a good money deal. It signals that after a long drought, Richmond's real-estate market seems to be gathering speed. "The first five months of 2012 have been really strong," says Laura Lafayette, chief executive of the Richmond Association of Realtors. Henrico Planning Director Joe Emerson agrees that "things are picking up."

The numbers seem unmistakably positive. Housing sales, especially in Henrico, "are the strongest they've been in three or four years," Lafayette says. Sales of single-family homes are up 5.8 percent, and rental housing is up 5.5 percent, which represents "the first turnaround since 2008," she says. Chesterfield's sales are down 4.1 percent but the long-term trajectory is positive, she says. Richmond's sales, which never took much of a hit, are muddling through.

More striking is the recent decline in home foreclosures. The number of sales involving foreclosed properties approached 25 percent about two years ago, but has dropped to 5.4 percent in Henrico, 5.8 percent in Chesterfield and 5.9 percent in Richmond. Lafayette says the time-related inventory of homes — the amount of time it would take to sell all homes for sale in the market — has dropped from about 15 months a few years ago to less than six months today. "What this means is that we've gone from too many homes to sell to a much more balanced market," she says.

The recent housing trends led the holdout families who own the Ellis-Henley property to sell. Grizzell says they feared getting so squeezed by neighboring development that they considered selling just to make sure they got the best price.

The recession sent land prices dropping and made banks stingier with loans. The money squeeze brought to a crashing halt the area's rampant suburban sprawl that had shot west on U.S. 360 in Chesterfield and Broad Street in Henrico, turning woods and farms in mazes of strip malls, office parks and cul-de-sac subdivisions. With the growth came traffic congestion and overextended services. Only five years old, Cosby High School near Woodlake in Chesterfield already operates beyond its design capacity.

Planning officials say the crash gave them a chance to catch up. Among the big projects hurt during the recession was the 4,600-unit Branner Station in eastern Chesterfield. Slowed down were other big residential developments such as the mixed-use, 5,140-unit Roseland project just west of Midlothian Turnpike and state Route 288 in northwestern Chesterfield and several in eastern Henrico, including Tree Hill Farm (2,700 houses), Wilton on the James (3,200 houses) and the Ridings (600 houses), which all faced financial-related delays.

The snags have prompted some developers to rework original plans. Emerson says that the Ridings in eastern Henrico has been redesigned. Magnolia Green, a massive subdivision in Chesterfield, has moved forward slowly by reinventing itself with less expensive homes costing from $200,000 to $300,000.

Despite the positive market news, it's too soon to celebrate the return of suburban sprawl. Lafayette says she hasn't seen any evidence of the building boom resuscitating just yet. Demand has shifted decisively since the mid-2000s. And there's a shortage of rental properties and multi-family units. Besides stricter bank lending, the trend could reflect changing tastes away from Baby Boomer-style houses with manicured lawns to more densely packed apartments and condos.

Grizzell likewise doesn't see a huge boom around the corner. If one comes, there will be problems. "The construction industry just couldn't handle it right now," he says. "All of those guys went away to drive trucks four or five years ago. You'd have to get them back." Perhaps, but the encouraging market dynamics were enough to make him and the other owners on West Broad Street try to sell after years of waiting. S