Opinion: It’s time to save The Diamond and move Richmond forward. 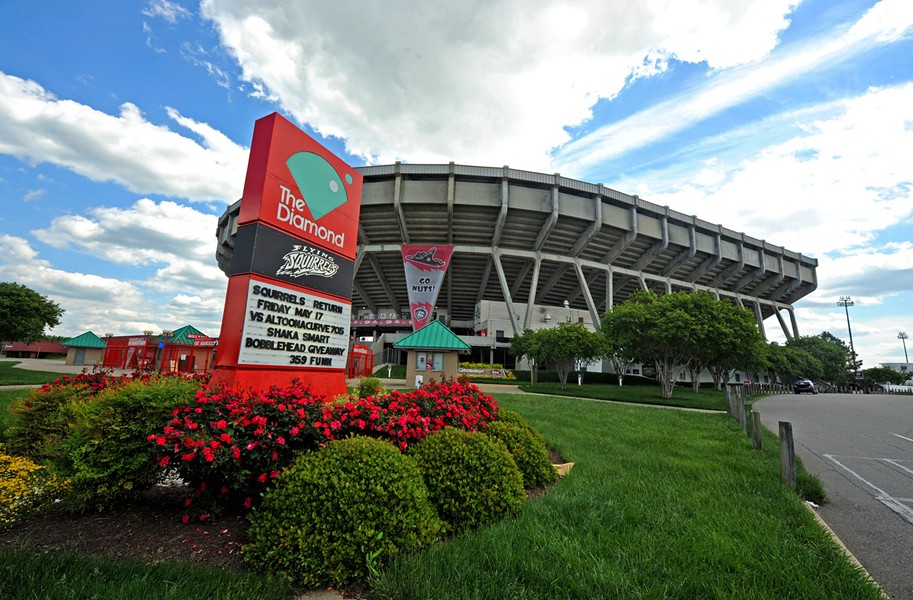 Before discussing a save-The-Diamond option for moving Richmond forward, it's sadly necessary to debunk insults hurled at me in this space last week by Mayor Dwight Jones' favorite Shockoe stadium lawyer, John Bates, lauded in a 2003 Style Weekly article as a key backroom Richmond deal-maker.

Bates accused me of telling untruths — legalese for lies — that may kill the mayor's Shockoe stadium. So predictable. The well-read local blog Save Our Schools recently reported a political grapevine humming with talk that "Jones and his supporters are trying to silence Paul Goldman, a commentator at WTVR television who has been critical of the Mayor's stadium plan."

Bates disputes my analysis documenting the return of a "culture of corruption and inefficiency," the phrase used by leaders of the successful 2003 referendum to reform city government. His Back Page piece cites experience earned being "general counsel of Venture Richmond" and as a "retired partner at McGuireWoods" for qualifications. But it fails to mention Bates' role in secret meetings hashing out key details of Jones' proposal, or the hundreds of thousands of dollars received by those organizations from city coffers to support the mayor's proposal. Did Bates directly benefit from these public funds?

But despite his attacking my integrity, I accept the genuineness of his pro-Shockoe stadium advocacy. I might have let it drop had he not also suggested my opposition indicated an insensitivity to African-Americans.

Jones' Shockoe backers have spread this canard for months, some calling me a racist. As I wrote recently on my blog for the CBS-6 website, I've tried to turn the other cheek. Just who the hell do these people think they are?

Fact: When I was running Richmonder Doug Wilder's historic campaigns in 1980s, chronicled in books and articles, what was Bates doing? He was the "attorney who helped forge the deal for the [6th Street] marketplace," as the 2003 Style story told it. That's right: that colossal failure. I could list others. His daily fee likely rivaled my monthly salary in helping Wilder take down the no-blacks-need-apply sign to statewide office. No other white person was willing to do it. Now they have the gall to question my integrity on racial issues? In what lifetime, Mayor Jones and Mr. Bates?

Fact: In 2003, I led the effort — opposed by then-delegate Jones and his political allies — to get on the ballot a measure backed-by Gov. Mark Warner and Lt. Gov. Tim Kaine as the best hope to end the city's culture of corruption. It was the charter change to an elected- mayor form of government. McGuireWoods refused, after agreeing, to write the new law. The Wilder-Bliley Commission then relied on me. It passed 80 percent to 20 percent.

Fact: Bates says "virtually every black political leader in Richmond" backs the mayor's plan. Why do Jones' supporters play the race card on everything, even when patently untrue? What does skin color have to do with building a baseball stadium?

Fact: For years, Jones backed the approach I'm advocating for Shockoe Bottom, as did Richmond's General Assembly delegation. That's outlined in his 1994 House Joint Resolution to establish "a commission to study the promotion of economic development and historic preservation in the East End of Richmond."

Fact: The business community, and presumably Bates, long has backed the type of competitive process I've been urging on the stadium issue, as written about in W. Harrison Daniel's 2003 book, "Baseball and Richmond: a History of the Professional Game, 1884-2000."

It's time to save the Diamond and move Richmond forward.

In 2005, Wilder assigned me to analyze a proposal to build a Shockoe Bottom stadium. I strongly recommended against it. His review agreed. He rejected it without a dissent from then-delegate Jones or his political allies. Indeed, in his 2011 State of the City Address, Jones said: "The tradition of baseball on the Boulevard is an important one. And we should continue that tradition when a new stadium is built."

So Please: Can Bates, Jones and company stop the character assassination and spare us their insincere, offensive, racial politics?

Fact: A strategy to save The Diamond is far more cost-effective, can provide greater long-term revenue for the city, doesn't require giving sweetheart development deals, reduces public funding to a minimum and opens the Boulevard to intriguing development opportunities over the mayor's proposal — all while offering enhanced potential for telling Shockoe Bottom's full history.

Fact: Saving The Diamond doesn't require the type of backroom sweetheart deal-making that Bates rightly says I question. All it requires is a level playing field that considers all the options. Republican Delegate Manoli Loupassi agrees with me. And if that approach is followed, it will be clear that saving The Diamond is best choice for Richmond.

Fact: The mayor's proposal for the Bottom, along with the proposal from Chesterfield-based developer Rebkee for a new stadium on the Boulevard, aren't nearly the best. They couldn't win an open, truly competitive bid process. The plan to save The Diamond, for example, allows for a raised mall using the stadium as an anchor with parking underneath for shoppers and fans. It envisions similar mixed-use development options, generating huge new revenues while saving tens of millions of dollars in stadium construction costs to fix schools, roads, sidewalks, other city services, or to lower counterproductive business taxes.

The Diamond is recognized even by those supporting a new Boulevard stadium as an architectural icon likely to be designated a national historic landmark. It defies all logic — community, fiscal, historic, jobs, schools, social — to tear it down. S

Paul Goldman writes on Virginia politics for the Washington Post, was chief adviser for gubernatorial candidates Doug Wilder and Mark Warner on their fiscal policies and wrote the law that gave Richmonders the right to elect their mayor for the first time.