Law Student at University of District of Columbia School of Law 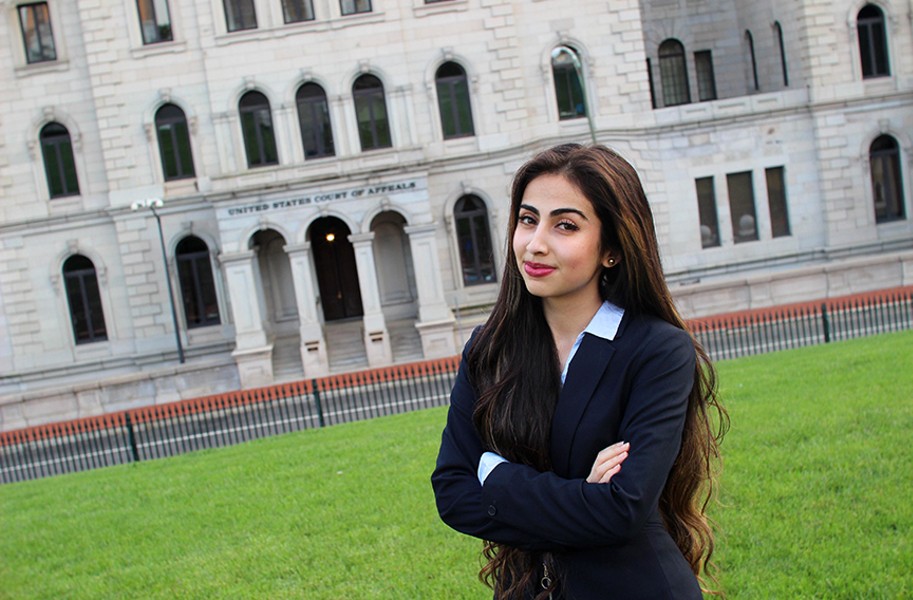 Born in Afghanistan after the Taliban took over, Axana Soltan lived in a world where women endured unspeakably harsh conditions and were deprived of basic human rights like education, employment and freedom of speech. When war erupted and conditions worsened, her family was forced to flee the country and became refugees in camps without schools, medical facilities, electricity, heating or water. “In the face of oppression, I learned the importance of advocacy, equality and the power of education,” she says.

After landing in Richmond at the age of 15, Soltan founded Enhancing Children’s Lives Organization, dedicated to securing education for children around the world. The foundation made possible the schooling of 1,700 street children in countries like Haiti and Afghanistan, supplied low-income Richmond school children with backpacks filled with school supplies, shoes, clothing and food, and sent volunteers to the homes of local refugees to teach them English and tutor their children.

After making history as the first Afghan American student to deliver the commencement address at the Douglas Wilder School of Government and Public Affairs at Virginia Commonwealth University, Soltan still continues her humanitarian work while in her second year of law school in Washington. As a lawyer, she hopes to continue her advocacy at the policy level.

Having been called a crusader for the rights of women and children, an international voice of cross-cultural dialogue, and a trailblazer in securing the education of girls, Soltan sums it up perfectly: “As a refugee and a woman, I speak for the many unheard voices.”