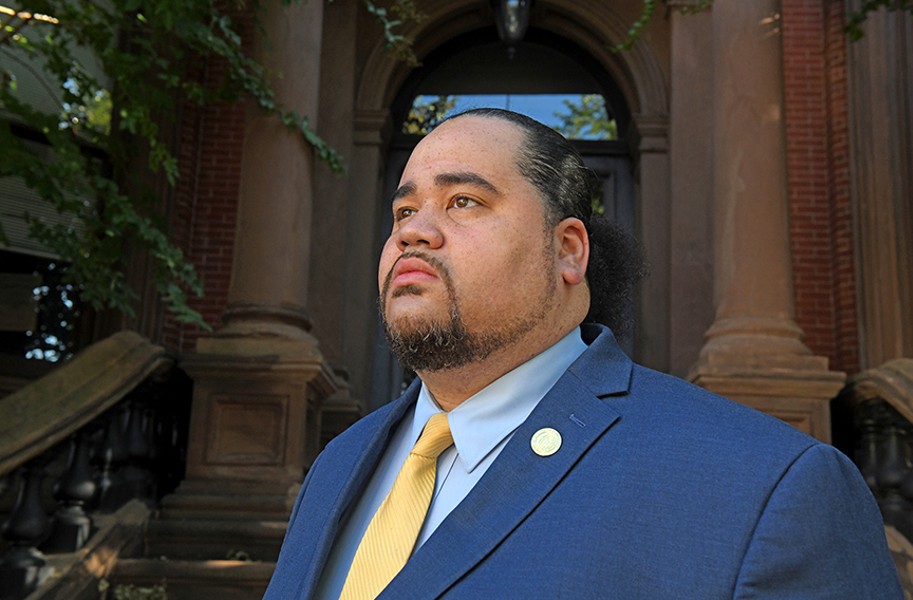 “He touched me personally,” Carpenter says.

After years of campaign work disillusioned him, he shifted to nonpartisan political work.

He now serves as the director of civic engagement for Virginia League of Conservation Voters, where he’s helped register some 75,000 people in two years. He’s also worked as a regional director for New Virginia Majority, which has registered 240,000 voters, many with felony convictions.

Originally from Connecticut, Carpenter moved to Virginia to attend Hampton University, a historically black college where he founded a Students for Obama chapter. After graduation he moved to Richmond. “For a political junkie, there’s no better place to be,” he says, laughing. “I love politics, social justice and the people.”

He worked on campaigns for Jennifer McLellan, Terry McAuliffe, and recently Ralph Northam. “The politics got so bitter, so hyper-partisan. Obama spoke to our better angels. By 2016, politics became a zero-sum game where you couldn’t budge even to do something for your constituents,” he says.

Carpenter was drawn to the league for its focus on the environment.

“I saw climate change firsthand in Hampton Roads,” he says, noting that people don’t always know how these issues impact them. To that end, he’s launching an environmental justice program in 2020. “Communities of color suffer the most,” he says, from environmental ailments like asthma and displacement.

He thinks reaching voters directly is the best hope for the future.

“We put all our faith into one person. At some point, we have to put our faith back into the people.”

Correction: This write-up originally listed the wrong organization, it is the Virginia League of Conservation Voters not Voices for Va Children. Style regrets the error.