Avett Brothers at the National 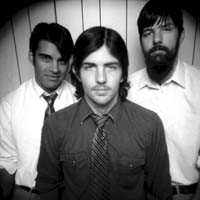 Singling out something in terms of what makes North Carolina's Avett Brothers different from the rest of the country's other progressive folkies can feel like an effort. It's like explaining your preference for seedless watermelon over the stuff with seeds. For all their similarities, it's the little additions or omissions that make all the difference. Blending the pop melodies of the Beatles with a hollering mountain intensity equally capable of lamentable ballads and manic, punk-fueled exuberance, the critically lauded trio finally follows up 2007's breakout record, “Emotionalism.” Its major label debut, “I and Love and You,” is scheduled for release in late September. Supported by Thao with the Get Down Stay Down, the Avett Brothers perform at the National on Friday, July 10, with doors opening at 7 p.m. $25. — Mike Hilleary