Authors Speak Free(ly) at the Festival of the Book 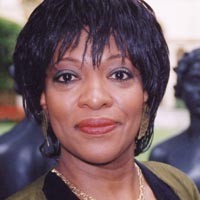 In 1803, when half-black, half-white violinist George Bridgetower traveled to Vienna to meet Ludwig van Beethoven, he probably didn't anticipate the fallout between them that would ensue over a woman — or being commemorated in a book of poems more than 200 years later. Pulitzer Prize-winner and former American and Virginia poet laureate Rita Dove, an English professor at the University of Virginia, explores Bridgetower's life and legacy in her newest book of poems, “Sonata Mulattica.” Dave Matthews Band violinist Boyd Tinsley will accompany the launch of “Sonata Mulattica” this week at the Virginia Festival of the Book, March 18-22 in Charlottesville.

Now in its 15th year, with 275 authors, 140 panels and 35 school programs, the Virginia Festival of the Book is the largest event of its kind on the East Coast. In his ninth season as the associate program director, Kevin McFadden says he's not positive how this year's attendance will be affected by the current economic climate, but that it's a great way to economize for a vacation or a day off, since it's a largely free event.

Other headlining events include a poetry reading by New Yorker poetry editor Paul Muldoon. An interview with NPR's book critic Alan Cheuse and novelist Mary Doria Russell on the art of historical fiction will be recorded in front of a live studio audience for a future broadcast of the network's “With Good Reason.” John Grisham and Stephen Carter will pontificate on “Truth, Justice and the American Way” while nautical guru Sylvia Earle will fill one of three environmental panels about the ocean.

In the mix with a national cast of novelists, journalists, poets and bloggers, a handful of Richmond authors and book people will make the short trip west to represent Richmond's literati. Kelly Justice of Fountain Bookstore will make reading recommendations on the panel, “Let's Talk Books” and the co-chairwoman the James River Writers, Virginia Pye, will speak to “A Group of One's Own: Writers in Community.”

Other authors scheduled to present include Bob Deans (“The River Where America Began”), Douglas Hicks, (“With God on all Sides”), Jane Pupek, (“Tomato Girl”) and Tim Reed (“Tim and Tom: An American Comedy in Black and White”). Visit www.vabook.org or call 434-924-6890.