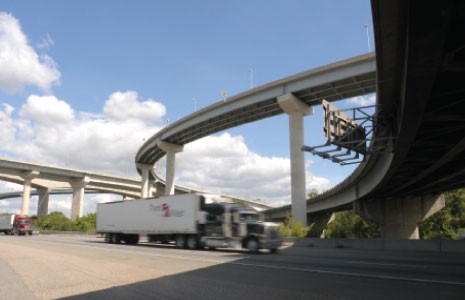 The 10-year-old Pocahontas Parkway, that 8.8-mile skyway known as state Route 895 in eastern Henrico, long has been a money loser. But now it's costing Transurban — the Australian company that bought the rights to lease the parkway in 2006 for $611 million — half of its revenue.

Transurban, which just took a $138 million write-down on the project, is trying to unload it. And the debacle also has forced a corporate shake-up. Ken Daley, a top Transurban executive, is being forced out because he pushed getting involved with Pocahontas in a 99-year lease, according to TollRoadsNews, a trade industry outlet.

It's another turn in the continuing saga of Richmond's road to nowhere. A few years after the road opened in 2002, traffic and toll revenues were so light they almost cost the state its pristine AAA bond rating. Gov. Mark Warner scrambled to get the state out of the project by recasting it as a public-private partnership with Transurban taking over.

The Australian company bought the rights to the road at the height of the real estate boom, and with a major residential development in Varina — a planned 3,000 home project then called Wilton Farm — promising to generate some 35,000 trips on Pocahontas each day. But the economy crashed, the development went dormant and Transurban started charging tolls of $3 per two-axle vehicle during peak hours. Ridership has yet to breach 15,000 a day, according to TollRoadsNews.

Also in question is the concept of public-private partnerships. Politicians like them because they help pay for projects when the state doesn't have enough money. Transurban, for example, also is involved in a $1.4 billion project to put express lanes on the Capital Beltway.

Jonathan L. Gifford, transportation policy director at George Mason University, says that while he isn't privy to the details of Transurban's plight, there are many successful public-private projects. "There are some failures and the consequences fall on private parties," he says, noting that Transurban must have taken the Pocahontas risk "with its eyes open."