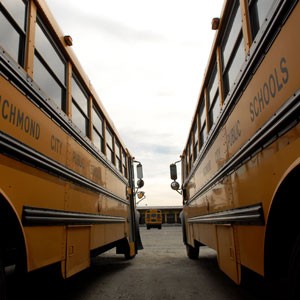 The report, dated July 19 and obtained by Style Weekly, also describes poor conditions at a warehouse used to store furniture, inventory and computer equipment for the schools. Auditors write of a hole in the roof, standing water and a deteriorated floor at the Arlington Road warehouse.

The audit also indicates a lack of safeguards to help prevent abuse of resources, such as inventory controls, ordering procedures and “unrestricted access to lumber supplies” that aren't inventoried.

- Cost projections of $727,164 for 45 injury claims by plant services staff and custodians from July 2007 through October 2009. In 20 percent of the injuries, employees weren't wearing protective equipment, such as safety shoes and eye shields.

- Building access codes for “retired, terminated, or deceased employees” that were still active; no formal procedure to retrieve keys from former workers; and the lack of a building security or access policy from the School Board.

- Only 46 percent of schools completed all fire drills as required during two months in 2009.

- Hours “that appear excessive” for a crew of 10 full-time painters on maintenance jobs. The Chesterfield schools employ four painters and Henrico employs two, each county having more buildings. The report cites an example of two painters who recorded nine hours of labor to stencil “No Parking” in front of a dumpster.

The plant-services department oversees 55 facilities and 21 mobile classrooms, according to the report, and is responsible for such wide-ranging functions as security, tree pruning, custodian training, mail delivery and building maintenance. Its budget in fiscal year 2009 was $15.76 million.

In a memo accompanying the audit, School Superintendent Yvonne Brandon writes that she concurs with the report's recommendations. The audit, conducted between July 1, 2007, and April 30 of this year indicates that a separate audit will be forthcoming on capital projects.