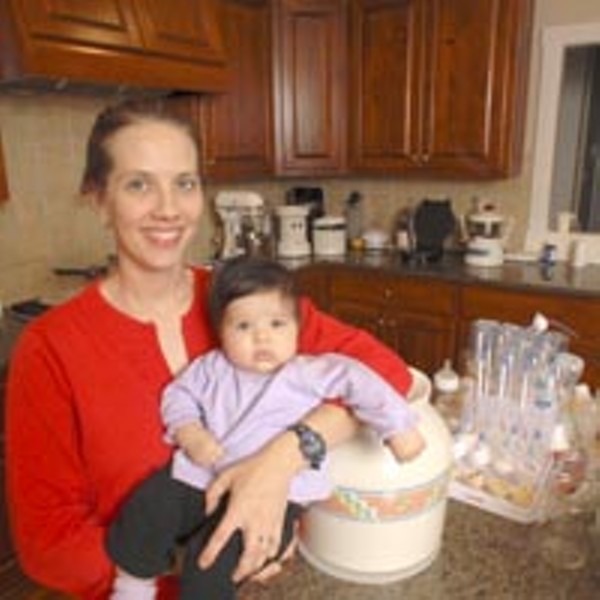 Stenstrom: We piano guys, like most technicians, we hate to throw anything away if there are any parts on it. We all wind up with literally tons of old pianos and parts in our shops that we don't want to get rid of but don't really have a use for.

McCann: I originally was going to fill them with live plants, then I figured I'd have to be watering them and realized that wouldn't work. So I filled them mostly with silk plants. Thought they'd make an artistic statement for the front porch.

Stenstrom: I've had quite a few of the people [from the Guild] come by, and they think it's just terrific. There's been no downside. Nobody has come by and said [we] shouldn't be doing that. One thing about the world of pianos these days is that keyboards are trying to take over acoustic pianos. We in the world of real pianos think anything to keep acoustic pianos in the eyes of the public is a good thing.

A piano is a commitment. Children are hard to raise too, but we put up with them because of the benefits, don't we? Owning a fine piano is a commitment, not only to the future but for the performance of beautiful music. A keyboard is convenient and contemporary. A good piano is an heirloom.

McCann: I had originally thought I'd make piano planters for other people, but I think it would be too costly. Even if the pianos were free, you'd have to pay to move them. So that would be not an easy thing for most people to do. And the material things needed to make it a planter are expensive. About every month or two, I have to put a protective covering on the wood. So I don't think I'll be populating Richmond with piano planters. But they seem to have provided some interest to our neighborhood.

— As told to Carrie Nieman; photographed by Scott Elmquist