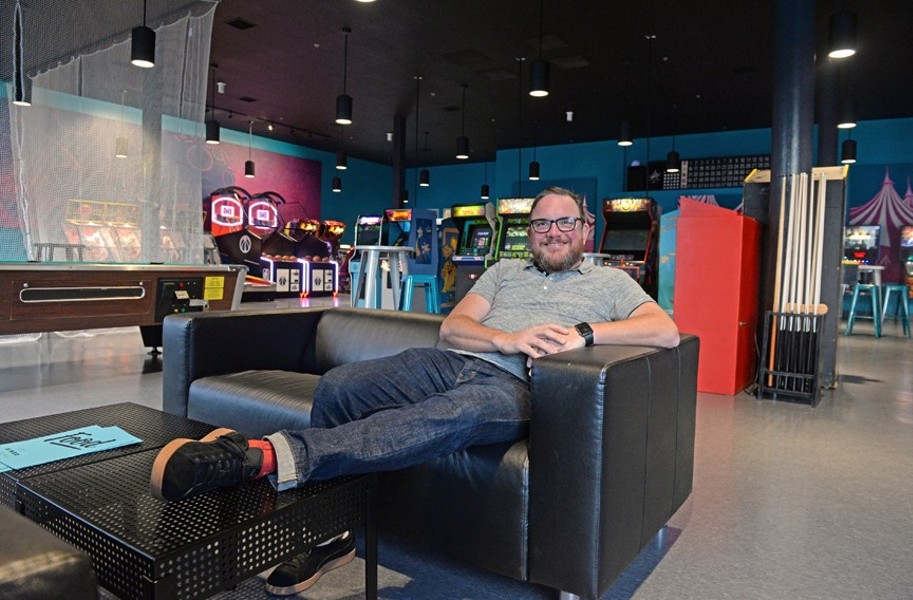 When Comfort restaurant closed at the end of January, it felt like the end of an era for a certain aged local foodie.

Local chef Jason Alley’s scrumptiously Southern spot on Broad Street arrived in the early 2000s at the start of the farm-to-table movement and left a legacy as one of the city’s most cherished down-home restaurants (pimento cheese and Ritz crackers, anyone?). The food was inspired by Alley’s upbringing in rural Pulaski, Va.

As it turns out, Comfort closed at the right time as well, just weeks before the pandemic became a hard reality for the food industry.

Toward the end of its 17-year run, Comfort was also inspiring folks with its efforts in the nonprofit realm, donating net profits to Feed More. Ever since it closed, Alley and partner Michele Jones have focused on their consulting business, Alley/Jones Hospitality, as well as Bingo Beer Hall in Scott’s Addition.

With one of our regular food writers on vacation, I thought I’d catch up with Alley, who I’ve known for 30 years since our college days, to see what’s new on his plate. One project I wanted to hear about was Canteen in Ashland, a makeover of the former Ashland Coffee & Tea space, which opens Friday, Aug. 21, with new owner Cate Hawks getting an assist from Alley and Jones. It will offer a full-service coffee shop and restaurant, open for breakfast, lunch and afternoon coffee, as well as a nonprofit focused on helping young people develop leadership skills and a lifelong love of the outdoors and camping.

The following interview was edited and condensed for space.

Style Weekly: You probably felt pretty lucky Comfort got out when it did?

Jason Alley: Crazy, crazy timing. We do feel lucky. We were able to have a really busy last month. Not to sound hokey, but it was just awesome to see people we hadn’t seen in a while. People were sharing stories. It wasn’t just a place for meatloaf and whiskey, it really meant something to people. And if we had waited one more month, we wouldn’t have gotten that.

Comfort seemed to me like the beginning of the Richmond restaurant boom. When I came back from California in the early 2000s, you were a celebrity chef.

Yeah, Dale [Reitzer] at Acacia got great press a few years before. And Jimmy Sneed, they both got national looks. It was such a different dining world than it is now. We started [Comfort] in April of 2002. Farm to table was very much in its infancy. We bought local because it was exciting to be able to – we didn’t have a printed menu, we weren’t fancy. It just felt like that was the way you should shop: Get something delicious, local and in season. It wasn’t 100% local, and it would expand over the years. … [But] it didn’t seem like things would go our way from the beginning, or that I would do that well. I was failing out of college [James Madison University], doing dishes at the Country Club. My first chef job was the Blue Fox, not exactly Gramercy. We were all drinking hard, partying hard. I credit my wife, Mercedes, who allowed me to move out to Illinois with her. If I had stayed in Harrisonburg, would I be the bald dude with the bandana on cooking at Pargo’s and playing in a cover band now? [laughs]

Oh, I remember. What do you feel is Comfort’s legacy?

To us, it was a really simple kind of idea. Back then you could get good Southern soul food at a couple places. But there should be a place in Richmond where you can go have a bourbon and fried catfish, you know? In no way did it feel revolutionary, and I don’t think it ever was – it was kind of lightning in a bottle. The neighborhood was ready for it and we didn’t screw it up.

What’s your career plan been post-Comfort?

We had closed Pasture and Comfort and Bingo is still doing well. But both Michelle and I were getting to points in our career where we needed to figure out a way to do something interesting to us, that could be a revenue stream, but didn’t involve running multiple restaurants. The consulting has gone fairly well. … [We realized it could work when] Rally approached us to help develop the food and beverage concept for a 40,000-square-foot pickleball facility.

Interestingly, all the jobs have been very different. Helping people find locations, helping people with menus, we did some work for the city of Martinsville, skeleton concepts for economic development. All over Virginia, we had a job in Atlanta. It’s challenging, interesting, and we help people – and it doesn’t mean standing over a grease trap.

How did Canteen come together in Ashland?

Cate Hawks bought Ashland Coffee & Tea a few years ago. Michelle and I know her through the not-for-profit world – her background is in foster care, social work. She’s a very, very awesome person. So we all came together, pitched this idea that was interesting for Ashland and could do some good.

We closed Comfort for a lot of reasons, but we still really believe that you can be successful and charitable inside the restaurant industry.

Cate has been doing live music on the outdoor patio since COVID started, acoustic acts, that’s been well-received. And she leased the old performance space [inside] to a yarn shop. Now that you can’t dine inside, or have shows, the wisdom to subdivide that space was awesome. It’s a cool area there on the train tracks. Ashland is a great town; people who live there are super loyal to it. I’m so glad to be able to do a project there.

How will the nonprofit side work?

Any profits will go into helping disadvantaged kids and their families do stuff as simple as going to a summer camp or doing outdoor things. We don’t feel like that will be the limit, but that’s the primary focus now. That’s why [the name] Canteen, place where you buy stuff but also its that camp vessel. The idea is to focus on local families in Ashland and Hanover, but its open. Anything to help kids, we’re on board.

We’re in the process of redoing the dining room for social distancing – there’s a good amount of outdoor space, outdoor patio with games, etc. We’re revamping the beer menu to get a good representation of craft brews from area. We’d love to do box lunches for businesses, Randolph-Macon, rent it out. … We’re helping [Hawks] with a rebrand and a fresh look, and there will be a 501c3 attached.

My wife and Michelle are doing the redesign – tag-teaming it. It’s not going to be like “The Great Outdoors” with John Candy, but the theme is kind of cool, old vintage camp stuff. It feels light and fun. God knows people need that now.

We’ll be involved as much as we can be with nonprofit piece and support players with the restaurant while it’s getting open. But the days of me standing over a stove for 12 hours a day are probably about done [laughs].

I have to give you kudos for how outspoken you’ve been, helping folks with substance abuse issues in the restaurant industry.

Thank you so much. Ben’s Friends is the relationship industry-specific support group I’m involved with. When this pandemic shit happened, I was really, really scared for how many motherfuckers would be drinking themselves to death or going into full-blown alcoholism. I lead a Richmond specific meeting on Monday mornings and a national meeting on Tuesday afternoons – between those two, I’ve been bowled over by how many people have come into sobriety during this. They’re heroes, badasses.

Zoom meetings went up fast. We started the Richmond chapter two years ago and we were the fourth chapter. It started in Charleston, Atlanta and Raleigh. Now there are chapters in Austin, Portland, Seattle. … The industry tends to attract folks who are predisposed to those kinds of predilections. The night owls that aren’t cut out for the 9-to-5 grind. For the longest time the industry encouraged that kind of behavior, but now we’re seeing a shift towards taking care of it, thankfully.

As alcoholics, if you manage to get into recovery – before that there tends to be this deep, dark isolation hole. You don’t want people to know how much you’re drinking. But maybe the isolation [of lockdown], or spending all that time around family, helped people see the situation for what it is. It’s inspiring.

I’m three and half years into [sobriety]– when I see someone who comes in with six days during the time of COVID? Man, that’s a bad motherfucker.