As Virginia Rebounds From Charlottesville, Diversity Richmond Offers a Sign of Support 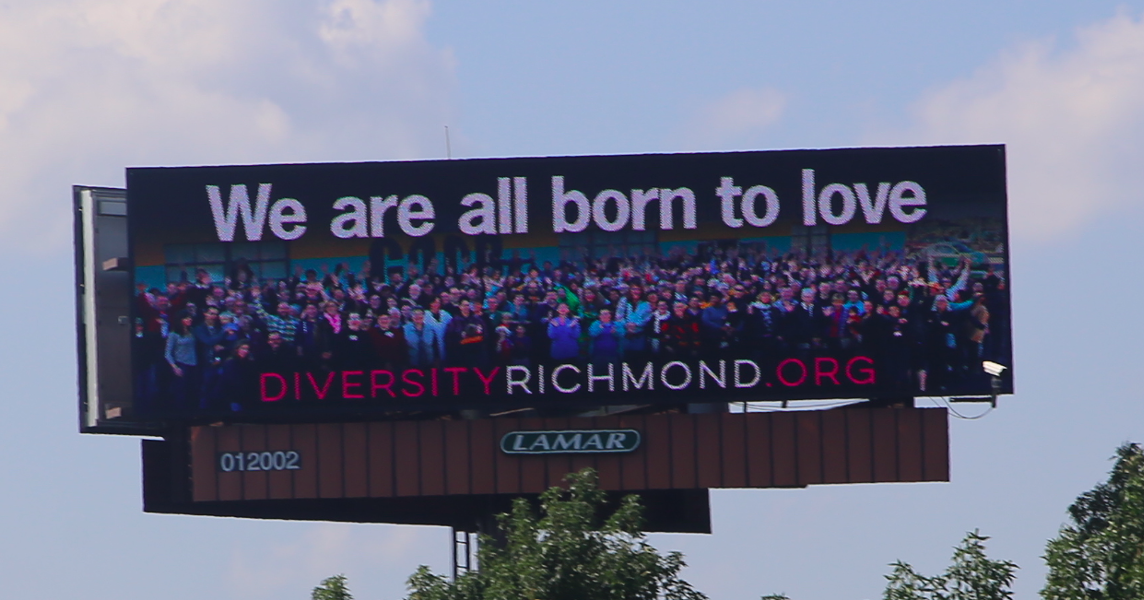 Brad Kutner Diversity Richmond is running an updated version of its “We are all born to love” billboard.

Diversity Richmond is running an updated version of its “We are all born to love” billboard.

After a Charlottesville white supremacist protest ended in the death of a counterprotester and two state police officers, the president of Diversity Richmond, Bill Harrison, said he was tired of seeing so much hate. “The billboard was originally produced because of an anti-gay message, and I think our response is to what’s going on in America now,” he says. “We were born to love, not hate.”

The original ran in December 2014 ahead of the 2015 Virginia General Assembly, in response to a gay conversion therapy group’s billboard claiming sexual orientation was a choice and could be changed. The American Psychological Association, the World Health Organization, the American Medical Association and the American Academy of Pediatrics have all condemned the practice that’s also known as ex-gay therapy.

Rhode Island joined eight other states banning the practice on minors earlier this summer. Similar attempts in Virginia have failed for years. 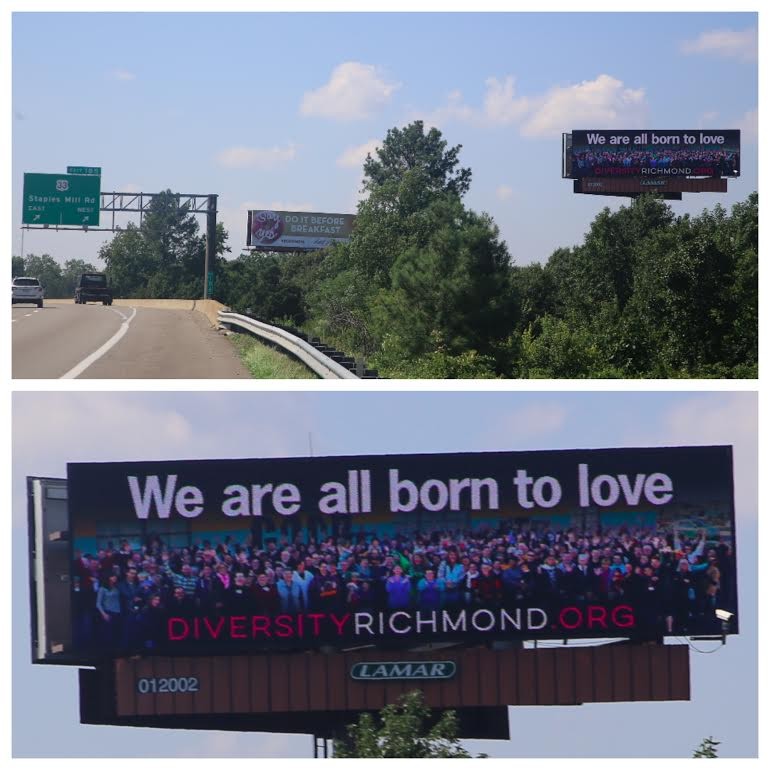 The image is currently running on the westbound side of Interstate 64 just before the Staples Mill exit. It will run on another billboard visible from the juncture of southbound Interstate 95 and eastbound I-64 sometime after Aug. 28. Lamar Advertising has an ad sharing agreement thanks to the second billboard. The nonprofit Diversity Richmond rents the land where the sign sits. Lamar allows Diversity to use billboard space when available as part of that agreement.

Harrison was quick to point out that the message doesn’t target any one politician, but is intended to improve the spirits of those concerned with the direction the country appears to be going.

“It’s more than one politician, it’s a lot of people across America right now,” he says. “So, we want to send a positive message.”

The image has been altered slightly. In 2014, Diversity Richmond was the Gay Community Center of Richmond. In 2015, the name was changed to reflect the diversity within the sexual-minority community.