The nighttime is the right time, Ray Charles sang 60 years ago. And he was right – at least in the case of the Richmond Night Market, an open air social shopping and arts series launching this weekend in historic Shockoe Bottom.

With its inaugural convening on Saturday, April 13, the Richmond Night Market will fulfill the vision of co-creators Melody Joy Short and Adrienne Cole Johnson. Nearly 40 vendors — including visual artists, craftspeople, jewelry-makers and culinary creators — will present their wares from 5 to 10 p.m. in the event's Artisan Village, housed in the stalls of the 17th Street Farmers Market, recently revamped by the city and now managed by the Enrichmond Foundation. With a wine and beer bar, music, yoga and interactive youth programming, Johnson says the goal is to create a fun-for-all environment centering the arts. 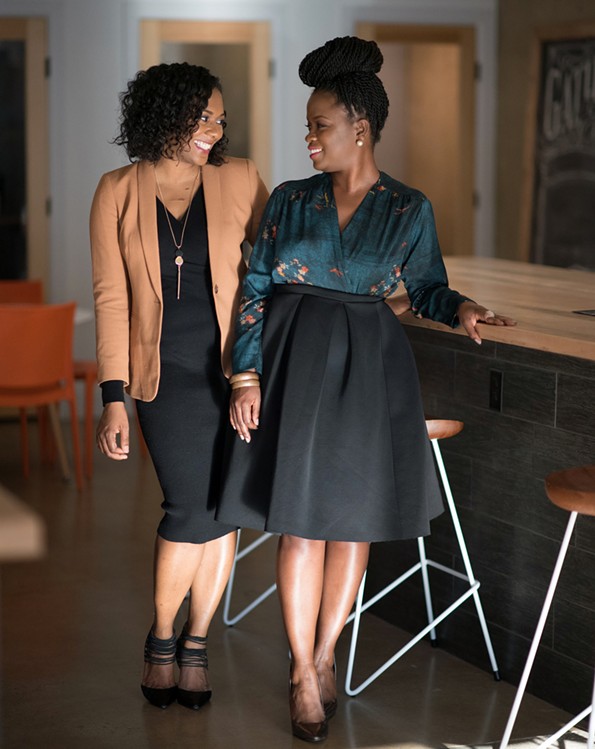 "We partnered with Toni [Hung] on this project, she is our creative director," says Johnson by phone. "We are all moms. We're often trying to find something cool to do with our kids that's also fun for us. We kept that dynamic in mind when designing this series."

At 275 years old, the 17th Street Farmers Market is one of the oldest public markets in America, according to the Enrichmond Foundation, and "possibly Virginia's longest continuously operating farmers market." But alongside that legacy of longevity is Shockoe Bottom's historic role as the epicenter of the Richmond slave trade, second only to New Orleans as the most prolific city in America's 19th-century slave trading industry.

Johnson and Short, a dynamic business duo who created the Artisan Market in 2011, are African-American female entrepreneurs; their identities, juxtaposed with the fraught racial history of Shockoe Bottom, made their mission in creating the Richmond Night Market both a professional and personal one.

"For us, Shockoe Bottom is a sacred space in Richmond," Johnson says. "We recognize the history that happened here, the brutality and oppression black people endured. We were intentional about inviting diverse artists to participate in the Richmond Night Market, especially artists of color, whose work is underrepresented in many galleries, museums and other traditional art spaces."

By playing host to the market and its various independent artists in Shockoe Bottom, "we want to reprogram the energy and vibe of the space," says Johnson. "We want to clear the energy that was here then, to make way for more inclusive energy now." 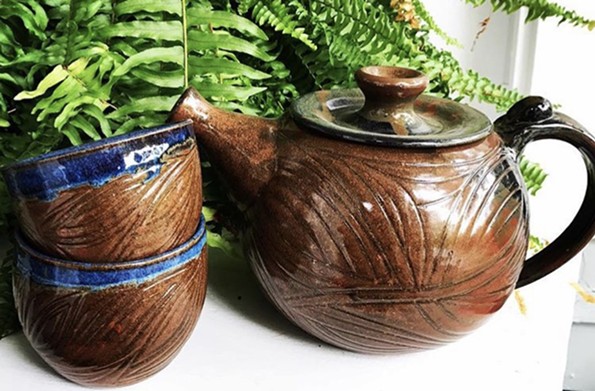 The Richmond Night Market team began planning in the fall, but the idea had been percolating for a while in Johnson and Short's minds. As part of their research, the team visited recurring outdoor markets in cities like New York and Charleston, says Johnson. When they realized the closest outdoor market in the region was in Philadelphia, Johnson says the team knew Richmond was a prime choice for a new East Coast artisan market.

"We envision this being a long-running series," Johnson says. "Forty years from now, we hope the Richmond Night Market will still be happening."

Local skin-care and natural-beauty goods retailers Maven Made and Adiva Naturals will be among the vendors at the Richmond Night Market's debut on Saturday, April 14, 5 to 10 p.m. Jazz and R&B group the Drew Miles Trio will perform live on the main stage, and DJ Prolific will keep the beat bumping throughout the evening. The Richmond Night Markey convenes the second Saturday of each month through Dec. 14. Free. Search @RichmondNightMarketVA on Instagram for information, or visit its Facebook page.