Can Richmond and Chesterfield remake Hull Street Road by catering to artists? 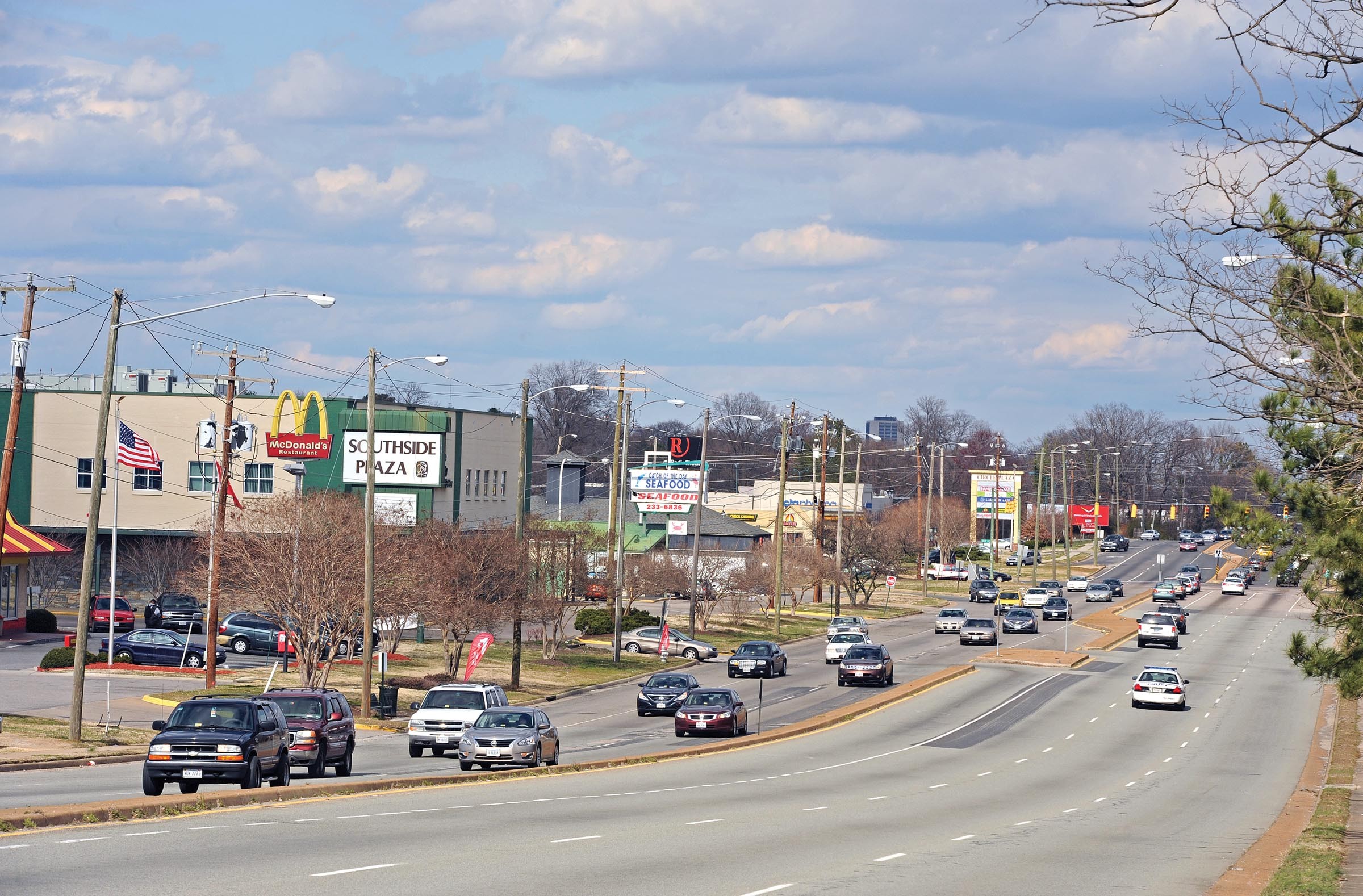 While regional tensions continue to rise between Richmond and Chesterfield County, there's light at the end of at least one tunnel: Political leaders from both jurisdictions are forging plans to revitalize the Hull Street Road corridor into an arts hub.

But first it will need a serious facelift.

Four years ago, planning students at Virginia Commonwealth University studied the corridor, a 4.7-mile stretch from Walmsley Boulevard in Chesterfield to Belt Boulevard near Southside Plaza in Richmond. Now a plan has emerged that, in part, focuses on sprucing up the area and building infrastructure that promotes the arts.

It would cater arts and culture efforts to the area's large and growing Hispanic community, following in the footsteps of the successful First Fridays Art Walk, the proliferation of arts galleries along Broad Street and the more newly designated arts and cultural district of Manchester, which Mayor Dwight Jones showed reporters last week.

Jim Hill, a senior planner for the city, says the corridor's been "lacking a space with a community focus." He cites the retail space at Turner Road as a prime place to put studios. "Public art in general is something we have certainly acknowledged as important to consider," he says. "The lighting, plantings, and overall aesthetics must also be improved."

Ideas for meeting these goals include establishing a multicultural market center and opening a design, health and wellness center and a town and family entertainment center. Also proposed are easier access to the Manchester Family YMCA and attracting a movie theater to the area. The design center would include a demonstration place, while the multicultural market center would display and sell art and crafts by the area's Hispanic population.

A 2012 report issued by the university graduate students suggested creating a business cluster that would house the Latin Ballet of Virginia, the Hispanic Chamber of Commerce, Spanish Academy and Cultural Center, and a Hispanic community center, among other nonprofits, governmental amenities and businesses.

The VCU report also cites the corridor's lack of design continuity as one of its weaknesses. This includes, for example, its signs: "Nearly every commercial structure uses large signage, but these signs vary in height, design, and size, resulting in an incoherent streetscape."

About 13,000 people live in and around the nearly five-mile stretch of Hull Street Road. As an economically disadvantaged population, about 15 percent of residents are unemployed. The median household income is $46,938, according to the report, while only 36.7 percent of the area's houses are owner-occupied. Half of the residents are black and 26 percent are Hispanic — a population that's grown by 50 percent in this area since 2000.

There's work to be done. Before the plan can be implemented, more grants and funding are needed. But the city and county coming this far shouldn't be lost. While the jurisdictions continue to grapple publicly over other regional projects, including plans for a new ballpark and money for the 2015 UCI World Road Cycling Championships, the Hull Street corridor plan represents progress.

"This collaboration lays a strong foundation for inter-jurisdictional implementation of investment opportunities that will foster economic growth and revitalization," Hawley says. S