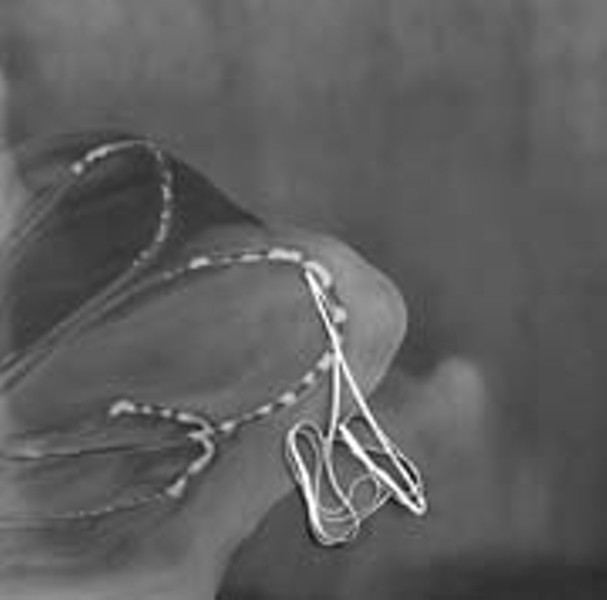 The springtime onset of warm weather usually makes the April First Friday Artwalk one of the most well-attended events of the year. With this in mind, 1708 Gallery has what looks to be a terrific springtime show in the comic-book-influenced paintings and drawings of Sara Clark and Andy Moon Wilson, respectively.

Just across the river in Manchester, Plant Zero celebrates its first birthday in March. The artist community, built from scratch has been a huge success; all 60 of the studios are occupied, and there is a waiting list of more than 20. Plant Zero's resident gallery, ArtSpace, has a packed schedule as usual. Pay special attention to New York artist James Dustin's show of architectural paintings April through May.

Over on Main Street: local painter Heide Trepanier, who has been getting quite a bit of national attention lately, gets her first solo show at Reynolds Gallery January through March. Trepanier's show coincides with another exhibition at Reynolds, "The Art of Aggression: Iraqi Stories and Other Tales." The Hand Workshop Art Center considers the role of contemporary painting with a 12-person group show entitled "Adaptation Syndrome" opening in February.

The winter/spring is also a great time to have a look at some student shows over at the university galleries. The season opens with University of Richmond undergraduate students showcasing their work in January at the Marsh Art Gallery and culminates with the always outstanding Virginia Commonwealth University M.F.A. Thesis Exhibition at Anderson Gallery in April and May. — Jason Coates

When Jason Coates is not visiting galleries for Style Weekly reviews, he can be found painting. Coates received a Virginia Museum of Fine Arts Fellowship grant last year, and he will be part of a three-person show at ADA titled "Astro Turf Warfare" in March. His work has also been selected to appear in the mid-Atlantic edition of New American Paintings published this spring.