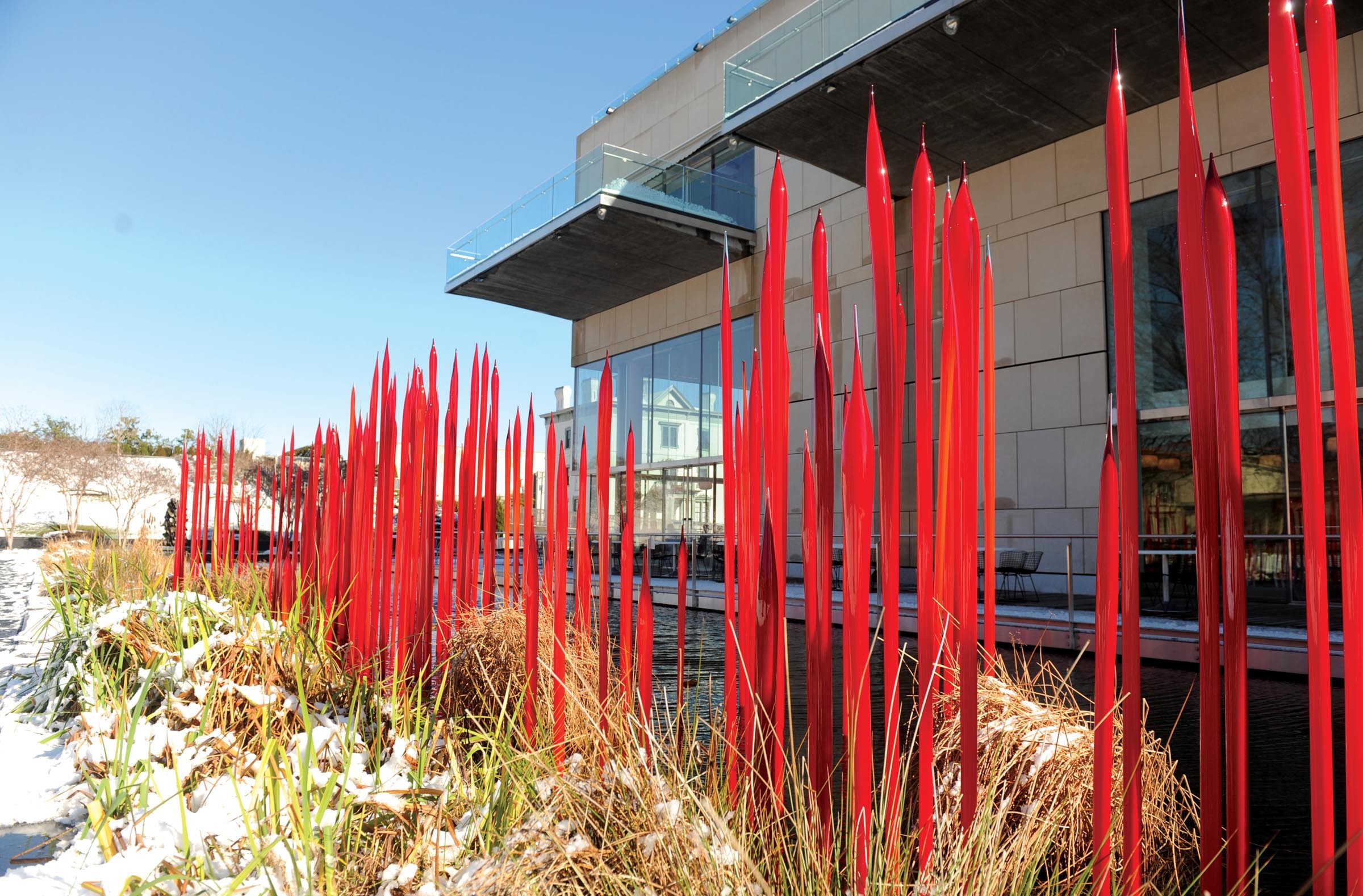 Shortly after the Virginia Museum of Fine Arts installed a major exhibit of Dale Chihuly's art in August, a piece of his colorful glass went missing.

One of the tall, thin lengths that made up the "Red Reeds" installation in a shallow pond outside the museum's cafe apparently was broken off just below the surface and removed from the grounds, spokeswoman Suzanne Hall says.

The missing reed was replaced and security was increased, Hall says, and there have been no further incidents. She declines to say what the value of the reed is, whether an investigation into the incident is open or whether the outdoor exhibit is under the watch of security cameras. Richmond police say they didn't receive any reports of theft or vandalism from the museum at the time.

The museum's outdoor sculpture garden where "Red Reeds" is installed isn't fenced, and Hall says the museum remains committed to maintaining that level of access, though she notes it "requires a level of respect and responsibility from the public to protect and preserve our museum and the art."

Around the same time the reed went missing, a rogue donor made an anonymous contribution to that same pond: goldfish. Hall says the museum had no plans for fish in the pond because they weren't sure if they'd survive. But the fish appeared, she says — perhaps dumped in the night — and seem to be doing well.

Hall says the museum sees no connection between the loss of a reed and the addition of fish, though she notes in an email that the "fish appear to enjoy the art as much as all of [Richmond]."

The Chihuly exhibit runs through Feb. 10.