Art of the Tease: Three Questions for Dolli Holiday 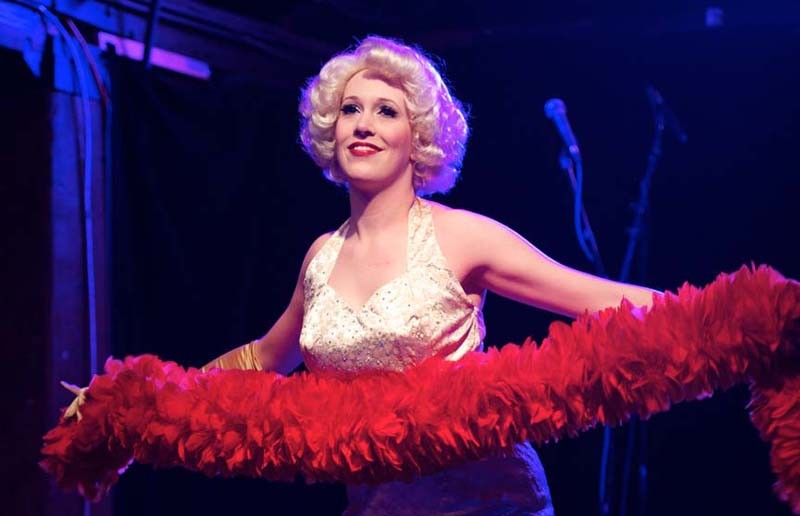 As a co-founder of Richmond Varietease, Dolli Holiday has played a big part in stoking the city’s interest in burlesque. That is, until July 29, when Virginia Alcoholic Beverage Control agents walked into a show at the Canal Club and warned the venue’s owners that striptease isn’t allowed in bars with mixed-beverage licenses. Now Holiday, who by day is a makeup artist, is searching for a new home for the show, which celebrated its second anniversary in June.

Style: Have you been able to find an alternate venue?

Holiday: Not yet. I’m talking to quite a few places right now, seeing what our options are as well as brainstorming to find a way we could get into the Canal Club. That’s my hope and goal. I’m trying to work with venues outside of Richmond. I definitely don’t want the show to stop by any means. That’s the worst thing that could happen. We’re looking at places in Norfolk, Petersburg. I’m exploring all options. The big problem is capacity. … Gallery5 is a great space, but the capacity of Gallery5 isn’t enough to hold the Richmond Varietease audience [ABC regulations allow striptease at culturally focused venues such as galleries and theaters]. … I want to make sure that the space we find can seat everybody who wants to see the show.

What accounts for the resurgence of interest in burlesque?

I feel like we’re at an age where live entertainment really is a dying art. Vaudeville and cabaret circuits were once a huge part of American culture. I think that with the resurgence of burlesque, you’re bringing back that whole element of laughter, comedy and theater and sideshow and vaudeville. It’s kind of a throwback to the days of yore. Especially now, in the recession, people need to get out of the house.

Why should people who’ve never seen the show care about the ABC situation?

It’s more about the stifling of artistic entertainment. Burlesque is a performance art. We’re talking about how we’re this regional arts hub, but here we are stifling creativity. Who is it up to to decide what is art and what is not? It’s unfortunate that the commonwealth does not [view burlesque as performance art] and has chosen to drop the hammer on us.