Arrests and Morality in the Richmond Theater Scene of the 1910s 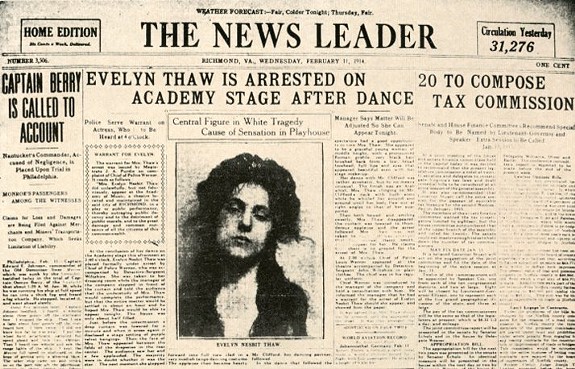 "Her dance with Mr. Clifford was rather acrobatic, but by no means unusual. The finish was an Arab Whirl."

So reads a 1914 Richmond News Leader article detailing the on-stage arrest of performer Evelyn Nesbit Thaw. The officer who took her into custody in front of a packed house accused her of causing “serious moral harm to the community.”

The controversy is covered in a blog post today from the Valentine Richmond History Center dedicated to the Scenes and Scandals of city theater scene of yore.

Was Thaw allowed to keep dancing? Would controversy only serve to increase ticket sales? How has Richmond theater gotten less perverted over the past 100 years?

Valentine research assistant Kelly Kerney has (some of) the answers.