Around the House: Blades of Calm 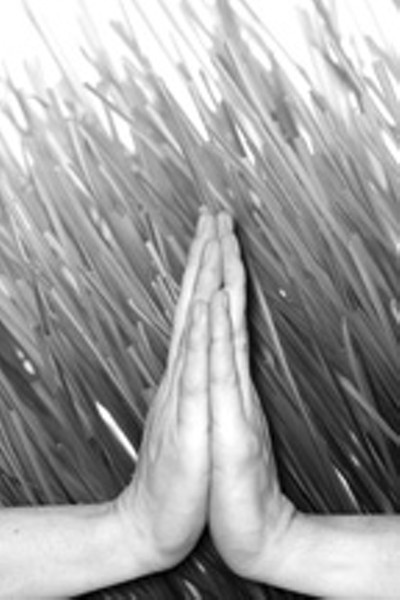 Stage One of Lawn Care is Aggressive Indifference. In this stage, usually populated by single men and young husbands, the lawn is just one more thing getting in the way of watching weekend football games. Therefore, the lawn is more than an inconvenience. It's a threat to one's way of life. As President George Bush might say, the lawn hates us because we are free.

Stage One lawns are often marked by a grass-to-dirt ratio roughly one step below the Sahara. When I was in this predicament, a friend with a turf-management degree said I needed to take a soil sample into the extension office. To me, that was like taking in a stool sample for a hamster. What's the point? No matter what they say I need to do, I'm not going to do it.

Stage Two is Borderline Fanaticism. Mostly inhabited by young fathers, Stage Two begins by revealing the lawn as refuge from a house full of screaming kids. Later, the lawn becomes central to the increasing obsessive compulsive behavior that precedes a midlife crisis.

In Stage Two, I hunted information like a test rat hunts cheese. My preferred technique, passed along from my father, was to go to the local lawn and garden store, look for the oldest guy there and do whatever he told me to do. He could have told me to spread grass seed through a spaghetti strainer while wearing a puffy shirt, parachute pants and snorkeling fins. I would have done it. He knows grass. I didn't know sod from shinola.

Stage Three is Tranquil Indifference. At this point, the suburbanite finds balance and perspective on life and lawns. Unfortunately, Stage Three only comes on gradually, meaning that for several years, the guy starts off strong, then quickly fades toward the end of the season, leaving him with large stockpiles of materials purchased in September.

At this point, I had enough lime to change the pH balance of Mars, grass seed growing through its canvas bags like giant Chia pets, and fertilizer in quantities sufficient to merit regular visits from the FBI.

The good news: I now am at peace with grass and weeds alike. My wife's grandfather Bingo taught me the Tao of Stage Three: Don't sweat green weeds. To strangers and passersby, it looks like grass. And to family, friends and door-to-door salesmen … well, they ought not be looking for weeds in your grass anyway.

In Stage Three, I have found serenity. And to those of you still in Stage Two or even Stage One, I say, push through it. A greener, although not grassy, paradise awaits you on the other