architecture: The Dream for Downtown

Architects have been chosen but will the weight of the $105 million performing arts complex overwhelm arts organizations? 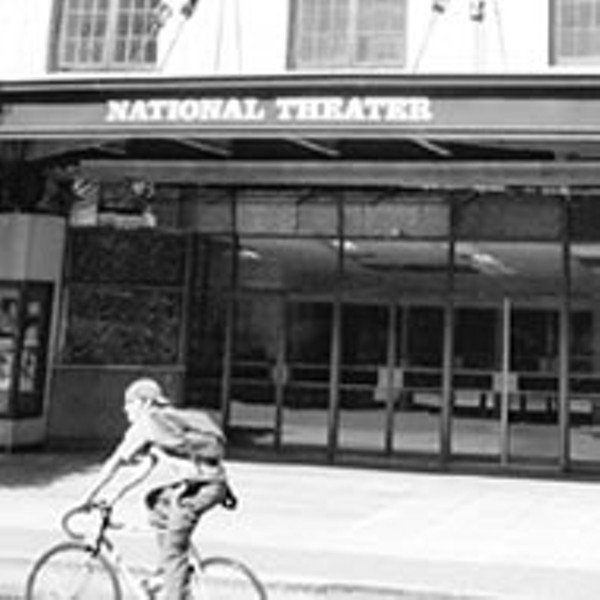 On Sept. 9, The Promoters — the Virginia Performing Arts Foundation — announced the architectural team charged with fleshing out The Dream. From 25 architectural firms that submitted proposals, four were selected to work both independently and in tandem: Wilson Butler Lodge Inc., of Boston; the Richmond firms of BAM Architects and Glave & Holmes Associates; and Norfolk-based Hanbury Evans Wright Vlattas + Company. They will spend the next four months figuring out how to add a 200-seat "black-box" to the Empire Theater complex; improving the infrastructure, acoustics and audience amenities at the Landmark, restoring the elegant National Theater at Seventh and Broad and expanding the stage house and public facilities and attaching two new theaters to the Carpenter Center for the Performing Arts. The Plan's total cost will exceed $100 million.

The north side of Broad was, for much of the 20th century, blindingly bright — both day and night — compared to the other side of the street. The south side of Broad fell under the discreet shadow of Miller & Rhoads and Thalhimers, the city's beloved emporiums. But on the north, cheek-to-jowl cinemas, vaudeville houses, theaters, saloons and bus stations created a bustling district that some once called "the wrong side of Broad."

Well, the popular 21st-century thinking is that what was once considered "wrong" will guide us in making downtown right again: Theaters and associated razzmatazz will energize the moribund retail district. The Dream is about recharging downtown theaters, rekindling marquee running lights and cajoling folks to linger after hours for a concert, play or dining. The Dream is about smoking out conventioneers who might otherwise cocoon with room service and HBO.

The Promoters of The Dream use the slogan, "Transforming Virginia: A Proven Model For Economic Revitalization in Our Capital City." But can The Dream be supported on the fragile back of the arts?

It is brilliant that the foundation recognizes the wealth of beautiful old theaters our city possesses. Others, through foresight, dedication and generosity, saved these evocative old palaces from almost certain ruination. Developer Mitchell Kambis restored the Empire and later, Theater IV kicked things up to a higher level. The Richmond Symphony and an indefatigable impresario, Nina Abady, helped turn the defunct Loew's into the Carpenter Center. Historic Richmond Foundation and its dedicated trustee James Whiting went to the mats to save the National Theater from the wrecking ball and termites. And the city of Richmond has been an excellent steward and restorer of the Landmark.

Wisely, the Foundation did not succumb to choosing architects with boldface names. Rather, they chose four firms with reputations for strongly contextual work — for devising designs that acknowledge surroundings.

When principals of the four firms were asked jointly how the collection of relatively far-flung facilities would hang together as a single performing arts center, they responed that unified blue doorknobs or graphic design systems wouldn't be necessary, "The common denominator will be the high quality of the facilities themselves," said John Paul Hanbury, whose firm successfully transformed Norfolk's old Wells Theater into the permanent home for the Virginia Stage Company.

Currently, the plan is to revamp the Landmark first. It will absorb performances that would otherwise be playing at the Carpenter Center while the latter is under construction. Rehabs of the Empire and National come last.

All this triggers some observations, particularly of the Carpenter Center/Thalhimers site and the block immediately to its south where The Planners are counting on The Dream to kick in: The expanded and improved Carpenter with its additional theaters is the center of the so-called "economic engine."

Look at the record. The Carpenter Center and the Empire Theater have each been operational for almost a generation with varied and many exciting offerings. But the area around Sixth and Grace is in worse economic shape than ever: Not a single restaurant operates as a spinoff; in fact, a number of eateries have closed. The Empire's environs, at Broad and Adams, have seen a slow turnaround due to increased above-the-store living (thanks to preservation tax credits). But the theater complex itself has had little direct effect on the neighborhood's economy. TheatreVirginia, long nestled — or smothered — in the bosom of the Virginia Museum of Fine Arts is gasping for air. Its own survival is at stake, forget any economic energy. Floundering and venerable Barksdale Theater is being ably managed by Theatre IV, but how long will that last?

Meanwhile, audiences are flocking to the Firehouse Theatre Company, the Triangle Players and University of Richmond's Modlin Center — highly entrepreneurial operations whose managers know how to program for contemporary and targeted audiences. But do they want or can they afford expensive new downtown digs?

Theater and music are not singular "economic engines." They are all highly subsidized, high-ticket propositions supported by subscribers, benefactors, foundations, and when times are flush, government.

What does this have to do with architecture? Simply this: The Carpenter/Thalhimers performing arts complex should be designed as a mixed-use facility with room for small and medium retail and dining. It should include rentable office space and maybe even apartments or condos. Anything to balance and support the performance spaces. Downtown in general and East Broad Street in particular are getting too many monolithic, single-use facilities — The Library of Virginia, the convention center, the proposed federal courthouse. And now, smack in the middle of it all, a theater complex that would be dark during the day. This potentially valuable chunk of real estate should crank 9 to 5 when the fuel for an "economic engine," the downtown workers, are in the vicinity. The economic drain would begin at dusk when the entertainment began: Theater, opera and good music are expensive to produce.

"The third time is the charm," chirped a Richmonder close to The Dream recently. She was referring to the failures of the 6th Street Marketplace and Valentine Riverside. I flinched.

Downtown cannot survive another single-minded "It" project that, like a hulking cruise ship, sails into port, satisfies its well-heeled clientele for a few thrills and then sails on. We've been drifting into the Empire, Carpenter Center and Coliseum for decades now — and unfortunately sailing on out of downtown. The Dream must be intensely mixed-use. S