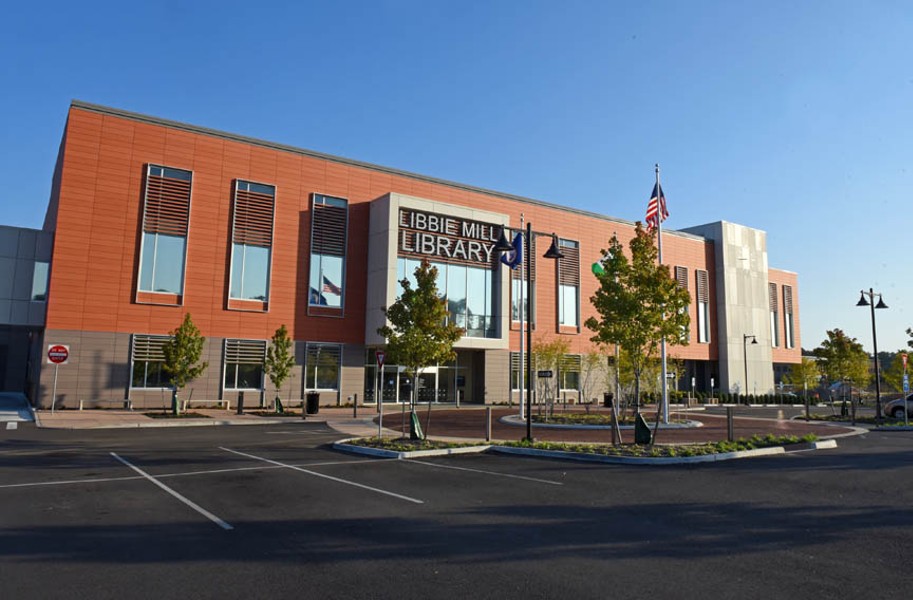 Scott Elmquist The new Libbie Mill Library was part of the same finance plan that gave us the recent library in Varina.

Remember edge cities? The term was popularized by Joel Garreau, a Washington Post reporter in his 1991 book, “Edge Cities: Life on the New Frontier.”

His treatise a quarter of a century ago recognized and named the phenomena of highly concentrated business, entertainment and residential neighborhoods located in exurbia — beyond the reach of traditional downtowns. Think Tyson’s Corner in Fairfax County, Buckhead near Atlanta or White Plains outside New York — love ’em or not.

Short Pump, now middle-aged, fits the bill. It’s a place in the hinterlands where you can live, shop, dine, work, work out and worship.

While readers of Garreau’s book might have expected him to decry the development trend by whining that edge cities and sprawl defuse concentrated areas of activity and drain the life out of communities, he didn’t. Surprisingly, he wasn’t even a little bit pessimistic.

He reminded readers that many densely built parts of now densely built cities — say, Philadelphia, London or Rome — once were sprawling suburban places. Over time, as commerce increased and population grew, the urban core expanded.

I thought of this when visiting Libbie Mill-Midtown. The self-conscious, mixed-use development is taking form on Staples Mill Road, near Interstate 64 and not far from the Anthem headquarters and the Shops at Willow Lawn, both on West Broad Street.

During its first phase, Libbie Mill-Midtown attracted Southern Seasons from Chapel Hill, North Carolina, as an anchor. Its super-sized gourmet shop and restaurant experienced a short run. Now it’s time for what’s next.

A few months later, across the street, well, parking lot, Shagbark restaurant recently opened to cheerful reviews and phenomenal diner response. It’s as if the Tar Heels got whacked by the swinging door on the way out of town with a smug farewell: “This is how we do things in Richmond with a beloved hometown chef, Walter Bundy.”

While Shagbark is a destination restaurant and an economic elixir for Libbie Mill-Midtown, what should bolster the fledgling development’s gravitas as an “urban” suburban place is a public amenity we couldn’t have imagined a generation ago — a public library.

The building contains 40,000 square feet on two floors and cost $30.6 million. It was financed by a $350 million bond referendum in 2005. Another handsome new Henrico library, part of the same finance plan, recently opened in Varina.

Both buildings were designed by BCWH Architects and the Tappé Architects firm of Boston — which, as you read this and if there is a god, ought to be at a symposium somewhere instructing other communities how to build gorgeous libraries.

At the Libbie Mill Library, the place to begin an examination of the 3-acre site is beside the large, artificial water feature — a lake with a fountain in it.

Say what? Don’t the books get wet? Well, no, the lake is the center of the larger development. The new library is sited so that inside, all of the major windows on the building’s north side overlook it. It’s also within view as patrons scoot up and down the staircase. It’s always within visual or mental range. Outdoors, there are walkways, terraces, benches, steps and pergolas so library goers can also enjoy a good book or tablet outdoors.

The library exterior is basically a brick box with punched-out windows of various sizes. It recalls the understated, mostly two-story, 1950s buildings of Randolph-Macon College in Ashland. A large clock, embedded in the walls on the parking lot side, is a practical gesture and a graphic focal point.

Inside, the colorful and interconnected spaces have all the books, periodicals, and of course, computers — 100 of them — you’d expect. There’s also a quiet sanctuary on the upper level, six study rooms and other collaborative spaces. It offers community meeting rooms and lounges that pretty much define what it means to be a third space — a destination you choose to visit away from home or the workplace.

During this autumn of the presidential campaign season, where every other person I speak to is rattled by unprecedented guttural language and imagery, I’ve wondered how, in additional to shutting down the iPhones and television sets, we’ll regain some semblance of dignity and communal shared ground. For those needing a transformative fix, the Libbie Mill library is the tonic. (And maybe any library, for that matter.)

Be forewarned. Libbie Mill-Midtown is still a sprawling, raw construction site. But in a crazy world and near edge cities, what could be a better way to fill the raw spaces of commercial and residential suburbia than with an architecturally satisfying library? S

[Editor's note: A typographical error in the architectural firm name has been corrected to read Tappé Architects]