This Jackson Ward renovation couldn’t come at a better time. 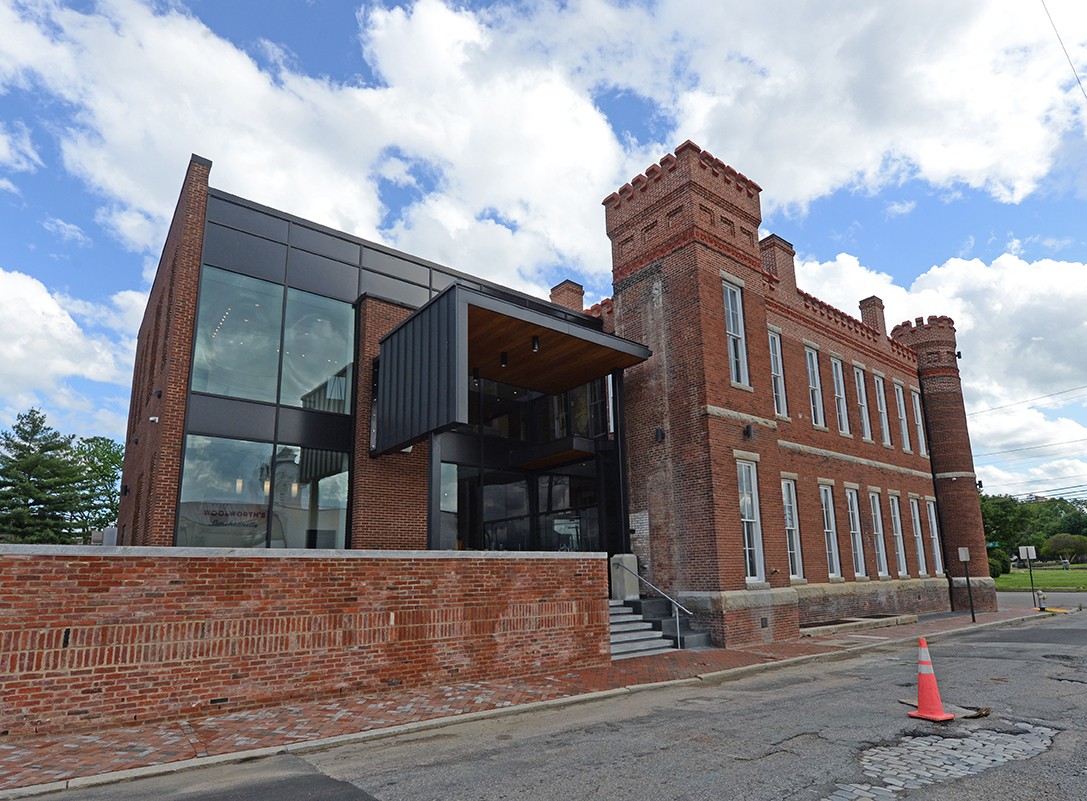 If you stand in Jackson Ward’s Abner Clay Park and look past the playing field toward West Leigh Street, you’ll see a red brick fortress that rises in the distance. Squint, and the silhouette conjures strikingly similar vistas of the parade ground and barracks at Virginia Military Institute or Virginia Tech’s drill field and Burruss Hall.

The architecturally medieval-inspired red brick structure at 212 W. Leigh St. was built in 1895 to serve the 1st Battalion Virginia Volunteers Armory. It was something rare in the United States: an armory built for, and by, blacks. And although there once were four armories in Richmond, this building is one of only two still standing -- the other being the long-abandoned Blues Armory on East Marshall Street. It was designed by Wilfred Emory Cutshaw, Richmond’s city engineer from 1874-1905.

But the Leigh Street facility’s martial purpose was short-lived. In 1899 the battalion was dissolved, a result of unabashed racism during the Jim Crow era on the heels of discrimination against black troops during the build-up to the Spanish-American War in 1898.

The two-story building later served the city’s public school system and, during World War II, as a social and recreational center for black servicemen. We can decry that from the early 1980s, when a fire almost destroyed the building, until 2002, when a National Park Service Save America’s Treasures grant funded a new roof, that the place so rich in black associations was abandoned and the landmark deteriorated badly.

But the sadder facts go deeper than bricks and mortar. Consider that murder among young black men in our city is too frequent an occurrence. Consider also that the Richmond School Board now threatens to close Armstrong, the East End’s only high school -- as if the disparity in SAT scores in math, reading and writing, which are more than 200 points between mostly black Armstrong and some suburban, largely white county high schools, isn’t rattling enough. Therefore, when the Black History Museum and Cultural Center of Virginia officially opens this week within the former armory’s thick walls and its handsome new addition, its institutional role symbolizes more than the reclamation of a once-neglected, 121-year-old landmark. The building itself becomes a primary and poignant artifact in the museum’s collection. It holds memories not only of pride and possibilities, but also of the disappointments and defamation suffered by blacks in the commonwealth and throughout the nation.

This museum and cultural center, and its energetic leadership and underpinnings of corporate support, seeks to find and highlight the silver linings in the sometimes gray clouds that too often blanket local skies socially, economically and politically.

If “the center is a place to learn, discuss, share, preserve and celebrate the past,” as its mission states, and if strong architecture and design have healing powers, then the institution is off to a fine start.

Under the guidance of the Baskervill architecture firm, developer the M Cos., and Emerge Construction Group, the old structure has been painstakingly stabilized. Decades of decay and collapse required that the building be completely shored up from underneath and the interior spaces reconstructed. Now, as viewed from Leigh Street in daylight, the gloriously picturesque, southward-facing old armory all but preens like a barrel-chested Marine in full dress.

Visitors, however, don’t enter from between the distinctive, flanking corner turrets on Leigh but through a simple but elegant addition fronting St. Peter Street around the corner. Patrons cross the narrow brick city sidewalk the museum shares with an ensemble of restored 19th-century residences in the block. The cobblestone street, which could add to the sites’ overall texture, is in wretched and dangerous condition and should be repaired, if not restored. Handsome white marble front steps and a well-designed wheelchair ramp lead visitors to a welcoming slate-paved terrace. Large windows of clear glass allow glimpses of activity within. Upon entering there’s a reception area, small cafe, gift shop, restrooms, elevator and new staircase. There are also offices in the new space. This allows the grand, high-ceiling spaces of the armory itself to serve as galleries and a multipurpose room.

Passing from the contemporary wing through a rough-hewn brick wall that testifies to the age of the original building, you enter a central hall flanked by two galleries on the west and the multipurpose room on the east, which can seat 60. Throughout, Baskervill introduced just enough architectural trim to acknowledge the building’s vintage, but no more. All the walls and woodwork are painted bright white to establish a feel that is fresh and upbeat.

But the interactive displays deliver the real contemporary wallop. In the main floor hallway, a 35-foot, multipaneled touch screen offers a timeline of significant dates and activities in the African-American experience. The presentations in adjacent, twin galleries are similarly electronically interactive. Currently, these exhibition spaces are mostly and curiously devoid of artifacts. The collection is still stored in the museum-owned building at 00 Clay St., which the institution occupied from 1987 until closing four years ago to prepare for this move.

This welcome addition to Richmond’s cultural offerings comes at a precipitous time. With the conclusion of the term of the city’s second popularly-elected black mayor, President Barack Obama making the transition from White House to history books and the anticipated September opening of the National Black History Museum in Washington, this new quarters for the Virginia’s black history museum couldn’t come at a more potent time.