The 6th Street Marketplace comes down to make room for the city's next savior. 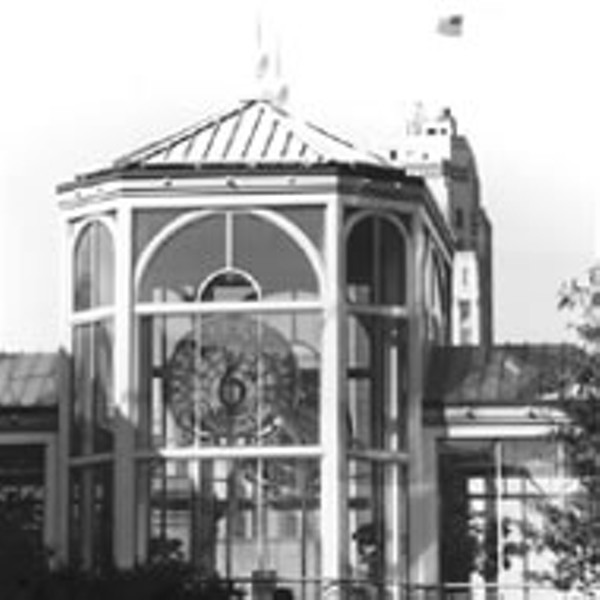 The marketplace, one of the costliest social experiments in Richmond's history, is slated for demolition. The two blocks of North Sixth (from Marshall to Grace) that the pavilionlike structures now occupy will eventually be reopened to pedestrian and vehicular traffic.

Not unrelated, the adjacent Thalhimers building is slated to be torn down for an ambitious Carpenter Center expansion and a new theater complex. Thus will begin yet the next saga in downtown economic engineering: This time around, it's the performing arts that will save downtown.

Apparently, our town can keep only one thought in its head at a time. Consider the post-World War II record: Like many midsized American cities, as veterans and growing families discovered and shopped the increasingly accessible suburbs, Richmond felt it was losing its grip downtown.

The response? Officials wiped out blocks of decrepit housing in Jackson Ward and Court End to create a "civic center" with a new city hall, safety and welfare structure, federal building and courthouse.

While this grim institutional landscape failed to enliven downtown, we were building the Coliseum, which like its sisters in Norfolk, Hampton and Roanoke, sat for many years in isolated splendor.

Then, like many cities that converted main streets to pedestrian malls to reach rapidly dwindling retail operations, Richmond followed suit by closing some of Sixth Street to traffic and removing parking from stretches of East Grace Street. Sidewalks were widened, and shade trees and azaleas were planted in profusion. Next came the Downtown Expressway.

Finally, when wholesale demolition, the civic center, the Coliseum, downtown malls and highways didn't turn things around, Richmond — now desperate — jumped on another bandwagon. It sent an SOS to the late James Rouse, a Maryland developer (whom some called an urban "Messiah") to work his magic via a Festival Marketplace.

In Richmond, against the judgments of many (including, apparently, Rouse) who wanted the marketplace near the riverfront, it was decided that bolstering the retail Broad Street corridor was more desirable. Besides, with the Carpenter Center as the southern anchor, the Coliseum to the north and the new Marriott in between, the scheme looked promising on paper.

And then came The Bridge: It would transcend Broad Street to symbolize racial harmony; a final monument to the legacy of The Lost Cause.

But national trends intervened. The department stores were closed. With them gone, downtown's heart was broken. The marketplace became a skeleton.

Now, less than a generation after its completion, the marketplace is coming down. "A symbol of failure," say some.

Strange. With the anticipated Carpenter Center expansion, the new convention center, a massive new federal courthouse underway, Jackson Ward recovering, VCU building and above-the-store living a reality, the critical mass for the marketplace's viability may be on the horizon. But the marketplace won't survive as part of the mix.

Is the architecture of the marketplace, to blame for its demise? Certainly no one has come to its defense.

Vitruvius, the ancient Roman architect and writer, defined architecture as having to possess three things: permanence, beauty and utility.

The complex, designed by Wallace, Robertson and Todd, is permanent: It is sturdily built. The bridge, with its distinctive, octagonal folly, recalls the hulking, elevated transit rails of Brooklyn or Boston.

As for beauty, there's a certain well-proportioned, elegant quality to the place. The finishes are top-notch and well-placed skylights allow ample light. The food court is a spectacular interior space that is as au current as the day it was opened.

The place has utility. While most of the retail spaces are small, many of them found a customer base.

In recent decades, three more criteria have been added to what architecture must possess: equity, ecology and economy.

The building delivered on the first two. It provided Afrocentric shops for much of the Broad Street population. And ecologically it makes no sense to demolish this well-built shopping center. The building shared the existing walls of the former department stores, the 600 Building and the Marriott — how's that for ecological efficiency? The escalator and elevator, alone, are expensive items. Why waste all that glass and metal?

As for economics, while the maintenance costs and long-term debt are concerns, remember, the place wasn't built by entrepreneurs but by social engineers. Maybe it was destined to be a subsidized destination or amenity like a major museum, theater company or roadway.

So it is wasteful and foolish to tear the place down just so that we can have a better approach to, and view of, the next great thing, the performing arts center.

Yes, in an ideal world we wouldn't have closed Sixth Street in the first place. Mega-blocks are destructive (Robert Campbell, a noted architectural critic told the Virginia Society of the American Institute of Architects earlier this month that the most popular cities are those with the most and shortest blocks — Venice wins.)

But from an aesthetic point of view, there are major problems with what a buildingless Sixth Street would look like. The ill-placed Crowne Plaza Hotel, at the foot of Sixth Street, has spoiled once-majestic vistas to the river. And Sixth Street looking northward is problematic in that the food court will remain intact and block the view of the Coliseum, which was built to be seen on axis with Sixth Street.

Can't we put it all together? Why not leave Sixth Street Marketplace as part of the mix of what is happening downtown? Sixth Street is attractive, pedestrian-friendly, geared to small businesses and already in place. The Dollar Store and sneaker businesses may not be as sexy as Crate and Barrel and Brooks Brothers, but the retail mix can evolve.

Why hasn't the public questioned the demolition of Sixth Street? Perhaps nobody cares anymore. And if that's the case, let's leave it alone until it can be rediscovered as a viable concept that arrived ahead of its time. S