"It seems that often our Islamic awareness is as complicated as the relationship itself between Islam and art." 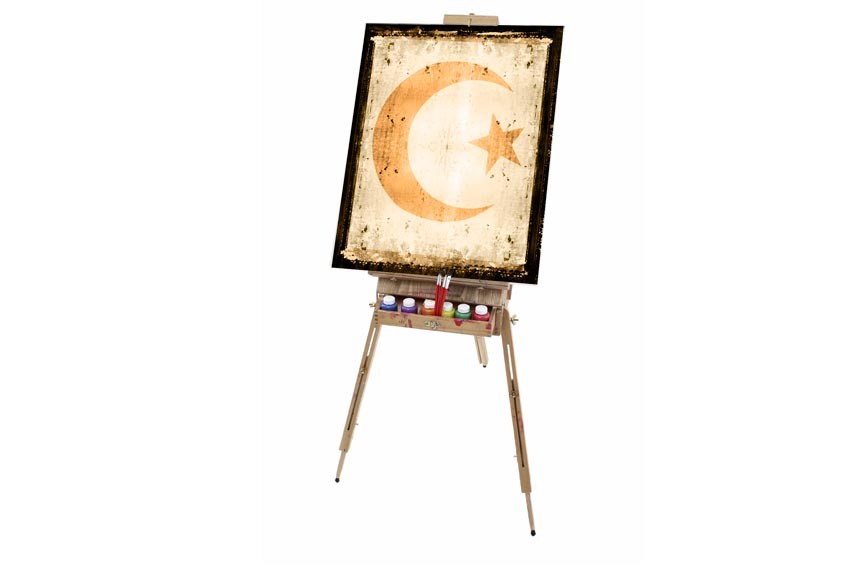 In 2011, on the last night of Osama bin Laden's earthly sojourn, in the student commons at Virginia Commonwealth University, the Muslim Student Association presented its annual performance-art showcase called Coffeehouse. As it turns out, the two dissimilar occurrences are quite connected to Islam's modern message.

First, it must be said: As a Wahhabi in the Salafist tradition, bin Laden wouldn't be caught dead at a Muslim art event promoting the golden era of the Turkish coffeehouse. Quicker than you can say deviation or innovation, he would shake the hand of a Shia before turning up to hear the student group BPROC (Best Pakistani Rappers on Campus) drop it like it's hot. He might even tolerate saying prayers in an evangelical church that worships "three gods" before he could stomach listening to a female Muslim poet read her original verse while not wearing a head scarf.

Bin Laden died after spending years in hiding, which is fitting given the circumstances. In contrast, art usually shows a tendency to reveal. His death, then, when juxtaposed against young creative Muslims at VCU, gives rise to that famous quotation attributed to Hippocrates: "Art is long; life is short."

The New York artist Makato Fujimura says, "An artist's task is to see through the eye into the invisible." Creative expression begins in the artist's eye. It opens or enlarges a world for our eyes to see. Meanwhile, bin Laden's world — despite his global ambitions and forceful pursuits — was closing or shrinking even as the Arab Spring had decided to move on without him.

As the capstone of Islam Awareness Week at VCU, the Coffeehouse event didn't beg the typical question we hear repeated in the news cycle: "Which Islam?" Instead it offered us the more nuanced: "What type of Islamic awareness is this?"

For instance, because of Egypt's political revolution, we're more than a little aware of the Muslim Brotherhood. But did you know there are Muslim musicians who enjoy covering songs by Linkin Park? In March 2011 much hubbub was made of the congressional hearings on radicalization in the American Islamic community. But did you know that two American Muslims recently made a sensitive short film on Richmond's much-loathed vagabonds of Monroe Park?

It seems that often our Islamic awareness is as complicated as the relationship itself between Islam and art.

On the one hand, listen to the recitations of the Quran, whose verses, some say, are musically better than pre-Islamic Arabian poetry. Or take a moment to Google images of the Great Mosque of Damascus, which was completed in 715 and is regarded as an Islamic architectural template. Or consider Islam's Persian confluence — the elevated form of painting known as miniature, and, of course, those world-renowned carpets.

On the other hand, the contemporary situation is challenging. At the 2007 gathering of the Islamic Society of North America, several punk bands channeling a self-described "taqwacore" sensibility were kicked off the stage.

Subsequent debate centered on whether it was the musical genre — Islamic punk rock — or the appearance of female performers, or some combination of both, that prompted the censors. A month before bin Laden's death, a Tunisian filmmaker was attacked. Linking the incident to Salafist ideology — bin Laden's former muse — the filmmaker sized it up as symbolic of a growing battle in Tunisia over uninhibited artistic expression.

At the Coffeehouse, meanwhile, in addition to the rappers, poets and Monroe Park documentarians, the art simply kept happening. Two young Muslim men — putting the P in Punjabi while in polo shirts and jeans — introduced the crowd to the qawwali, a 700-year-old form of Sufi devotional music. The lead student organizer for the event, a woman whose family hails from the Swat Valley in Pakistan, joined an Afghan-born woman in acting out a dramatic scene from the play "In Darfur." An Indian medical student played a charming piano piece in an Italian style. And a non-Muslim singer-guitarist, a female with uncovered arms, passionately covered a Jason Mraz song.

The late Egyptian novelist Naguib Mahfouz, who recounts a strict Islamic upbringing, said in an interview in 2002: "You would never have thought that an artist would emerge from [my] family." No stranger to an Islamic fundamentalist death list, Mahfouz would have been right at home in the middle of what emerged at the Muslim Student Association's Coffeehouse.

In a 2001 photo of bin Laden, the terrorist's gun is seen resting against a tall shelf of books, which would at least include copies of the Quran and the sayings of Muhammad. For many reasons, it's a rather unsettling image. In the aftermath of events such as the Coffeehouse at VCU, another image continues to materialize and confront us: Resting beside the Muslim's books are musical instruments, film cameras and, of course, the poet's pen. S

Nathan F. Elmore is the Virginia Baptist collegiate minister at Virginia Commonwealth University. He also serves as a consultant for Peace Catalyst International. He writes at nathanfelmore.com.