Shelby Lee Adams gives voice to the marginalized in "Salt and Truth." 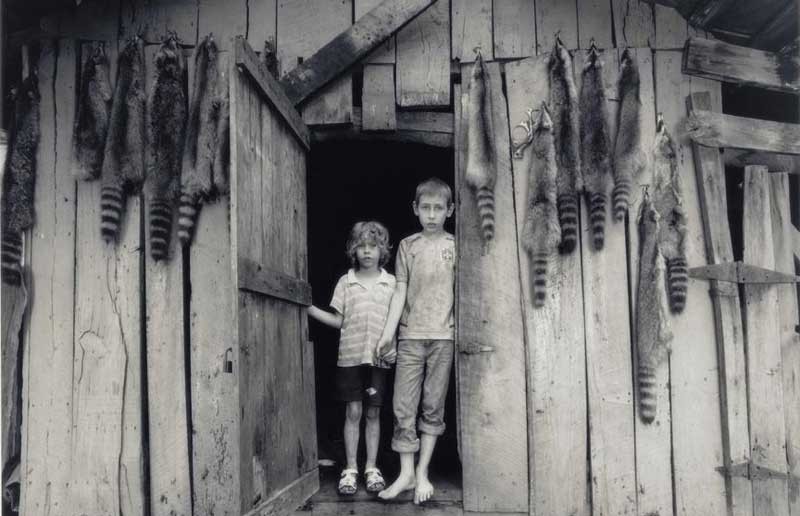 The complex realities of poverty tend to be overlooked in a culture built on ideologies such as the American dream. From New Orleans to Appalachia to the next-door neighbor, often it's just easier to look away. Every spectacular aspect of entertainment, politics, media, even art, justifies that glance in the opposite direction, but not the photography of Shelby Lee Adams. In "Salt and Truth," a new book of photography from Richmond-based publisher Candela Books, Adams brings forth the sense that poverty is a material circumstance, not a human indignity.

The book is a monument to 35 years of collaborative work between Adams and the inhabitants of the handful of counties in eastern Kentucky, in which Adams photographs generations of families. Adams grew up in a nearby mountain hollow, and though he left the area, the area never left him, so he tirelessly strives to accurately represent a disappearing culture while giving legitimacy to a marginalized part of the American story.

The photographs are direct, unapologetic and moving. They ask the viewer to examine the prejudices, anger, even hate that arises from seeing that which is ignored, that which is so easily departmentalized as "the other" in a world of steady cultural homogenization. For Adams, the major importance of this work seems to be in the process of creation, in which relationships and collaborations are fostered over time in a spirit of mutual trust and respect. He often speaks about compassion and preludes this collection of photographs with a quote from the Dalai Lama, "Compassion is not religious business, it is human business. ..."

Though critics claim that Adams exploits his subjects through the sensationalism of their poverty and their fringe lifestyle, the photographer's intention is quite clear as stated in the included artist essay: "My work is an attempt from inside this culture to explore my personal history and the lives, relationships, and traditions of my people."

An exhibition of "Salt and Truth" photographs will accompany the book's release at the new Candela Gallery, inaugurating a space on Broad Street. Candela Books originally intended only to publish fine-art photography books. Now it will run a photography gallery as well. Founded and run by local photographer Gordon Stettinius, Candela is branching out to include a couple of books per year, a gallery and event space, and private studio space for Stettinius and another photographer, Terry Brown. The renovated 4,000-square-foot location includes a 1,250-square-foot storefront gallery space.

"Salt and Truth" marks Candela's second book release, the first being last year's "Gita Lenz," which reintroduced a forgotten New York photographer to the contemporary art world. In the spirit of keeping business local, the streamlined, monochromatic look of "Salt and Truth" was designed by Charley Foley of Richmond's Scout Design. Books three and four already are in the planning stages for Candela, and a retroactive exhibition of Gita Lenz photographs is scheduled for spring. S

"Salt and Truth: Shelby Lee Adams" may be purchased at candelabooks.com. The corresponding exhibition begins with a private preview and artist talk at Candela Gallery, 214 W. Broad St. at 5 p.m. Dec. 1. It opens to the public Dec. 2.