A journalist transplant finds the process of looking for housing akin to an anthropological survey. 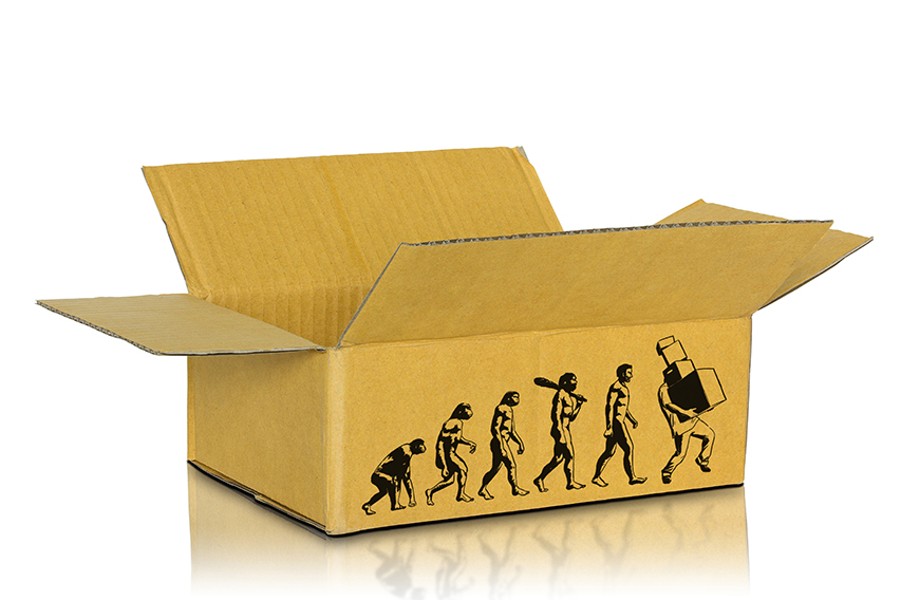 Moving is miserable. You have to stash all your belongings in boxes, lift dressers and mattresses up flights of stairs and politely ask your friends to join you in the suffering. All of it is terrible.

However, it does give you a glimpse into the psychologies of people you would never otherwise meet and brings you into the intimate spaces of people who are ostensibly trying to sell you on the idea they’re not wide-eyed psychopaths.

When I was sitting in the conference room of my first real job as a reporter, contemplating the future as my former editor-in-chief halfheartedly recited trite lines about corporate belt-tightening, I only had two options: go back home and sleep on my parents’ couch while I tweaked my old cover letter or just land somewhere and try to freelance until something opened up in my new home.

I loaded a U-Haul after settling on option B and made my way back south to Richmond with a new kind of deadline, finding a place to live before the three days I had the truck ran out.

I started the old-fashioned way. I walked blocks on Grove, Hanover and other streets in the Fan calling the numbers on any “For Rent” signs I saw, hoping for a good deal close to my friends who were putting me up. That’s how I came across Pete.

The section of Leigh Street on the interstate side of Broad is full of freshly renovated houses occupied by Virginia Commonwealth University students and yuppies and my first stop was a house still in progress. Pete was there with a crew, still standing waist-level in a hole in the living room redoing the subfloor.

He answered the door in a typical contractor’s uniform — tool belt on his hip, boots that sounded like cinder blocks hitting the floor and paint smattered pants you couldn’t tell the original color of anymore. He seemed genuinely interested in helping me out after I told him what brought me to town but the options didn’t fit.

The houses were nice but three bedrooms need three people and even now, after a month here, I still don’t know enough people to commit to a full house.

I didn’t want to seem rude so I continued to feign interest. He walked me through another house to show me a cheaper option (that still needed two other people) in hopes that $100 off the sticker price would motivate me to magically conjure a set of roommates ready to move in the next day.

On our way out, he noticed a door hanger with large font saying “We Buy Houses.” Maybe he was still stuck in sales mode but he seemed genuine again when he offered me, an unemployed journalist in 2019, real estate advice.

“They’re idiots if they think they can make any money off of these anymore. The math just isn’t there. This area? They’re two decades late at least,” he said.

I nodded sagely and said, “Yep. You’re right. No money to be made buying houses here anymore.”

The hot spot now is the east side, he told me, the new vanguard of gentrification in the city.

Through a friend of a friend with dozens of properties in the city, I had a chance to see one of these places. I told him what my price range was and he said he had one option in North Church Hill.

Pete is right after all. The real money is in scooping up houses right past the line of “up and coming” neighborhoods and tapping into veins of still-cheap property. The only trick is getting people to move in and others to see it, breaching the established boundary and raking in only slightly lower rents than the swanky places five years ahead of you.

Besides wanting to avoid being the canary in the gentrification mine, I needed to find roommates again so on went the search. With only 48 hours until the truck had to be returned I wasn’t stressing yet, even after having exhausted my only connection and not making any headway on the shoe-leather side.

However, this did mean it was time to turn the search digital and reunite with the number one moving tool in America: Craigslist.

Craigslist has yet to let me down when it comes to finding an apartment, but there’s no denying it takes a good bit of sifting to find something remotely viable.

The new trend of fake posts prompting you to check the listing on another site where they can do official background checks only for it to be a link to download the “tinder of apartment hunting” (where users can swipe on apartments they like) were especially frustrating.

I did come across several places that were undeniably bargains only to find out there was good reason for them to be hundreds of dollars below the average.

Along the way, I checked out a room in Jackson Ward listed as being a vegetarian and alcohol-free house. I already eat veggie so I figured with all the money I’m saving on rent I’ll just drink at bars when I need a beer.

Now, for legal purposes, I can’t say the owner turned his place into a Hare Krishna observing boarding house for tax purposes. What I can say is the decor — mostly home-color-printer-quality frameless printouts of images you’d expect the first page of a “Hare Krishna” Google search to produce — was taped to the walls in the most haphazard and random way it seemed more like an afterthought.

I passed on that option and followed up on another listed as “two chill guys” looking for someone to fill a third room. The line prompted my friends and I to create elaborate back stories about the weed-fueled den I might be walking into, but the price made it worth a trip on the off chance they were the clean, spiritual type of stoners and not the frat-house kind.

After two days of emailing back and forth with the contact person who kept inexplicably forgetting to reply, I finally got an address. I told him my friend and I would be there in a half hour and by the time we arrived he had already forgotten we were coming. Despite his slightly panicked demeanor, he still agreed to give us the tour even with a bong still sitting on the table, trash littering the floor and dirty dishes spilling out of the sink.

As we weaved around the small piles of garbage, he told us he was moving to Arlington because his uncle had the hookup on a government contracting job. Like all of those guys he wasn’t able to actually explain what exactly he’d be doing, but assured me it was a “game changer.”

These goofy interactions would have been entertaining in less dire circumstances but by Sunday afternoon I was sweating. The truck, full of all my earthly possessions, had to go back the next day. If I hadn’t found a place, I would need to find storage for everything and then rent another truck when I finally did track a spot down.

A stroke of luck at the last minute left me touring a spare bedroom of a soon-to-be retiring teacher’s house in the Museum District, swapping out the boomer roommates I was born with for another and a rotating cast of occupants in the other spare rooms.

I’ve already given up on the thought of buying a house on a reporter’s salary, so I’ll settle for the precarious perch directly above living out of my car for now. And who would want to own a house on this side of town anyway? You’ll never make any money on houses here. The math just doesn’t work.