A former editor in Richmond says she was unjustly fired and defamed after a story was retracted. 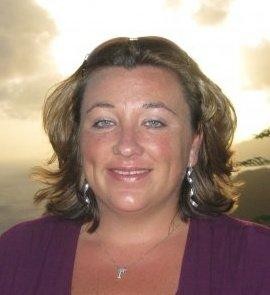 A former Associated Press editor filed a lawsuit against the wire service in Richmond Circuit Court last week, alleging that she was unjustly fired for an error in a story edited by another staffer.

During Virginia’s gubernatorial campaign last October, the AP published a story alleging that Democratic candidate and now Gov. Terry McAuliffe had lied to federal officials who were investigating a death benefits scam. The story turned out to be false, and the AP retracted it a little more than an hour and a half after posting it.

A year later, Potter is seeking $950,000 in damages plus court costs, saying in a lawsuit filed Oct. 14 that the AP and its executive editor, Kathleen Carroll, defamed her by suggesting that she’d violated the AP’s code of conduct and was unfit to serve as a news editor.

Potter says she didn’t violate the AP’s code of conduct because she wasn’t the editor responsible for publishing the erroneous story -- Gomlak was, according to her lawsuit.

AP spokesman Paul Colford didn't comment on the suit, saying in an email he had “nothing to add.” Gomlak didn’t respond to a request for comment. A résumé posted on his Linkedin profile says he works as a suburban editor for the Houston Chronicle.

Lewis declined to comment. After his dismissal he was quickly hired by the high-powered, Richmond-based law firm McGuireWoods, where he serves as its senior manager for media relations and serves as a senior adviser with its consulting arm.

Potter, who took a job in August as communications director for the Virginia Department of General Services, referred questions to her lawyer, David R. Simonsen Jr.

"We feel good about the case," Simonsen said, adding that he's waiting to formally serve the AP with the suit to "see if they want to talk before we move forward with litigation. We're willing to talk settlement, at least."

The day the story ran, according to her lawsuit, Potter was busy working with a reporter on another story, a shooting at a courthouse in West Virginia. So around 4 p.m., when Lewis contacted her about a federal indictment in Rhode Island that listed McAuliffe as a passive investor in a death benefits scheme, she had the AP’s Atlanta bureau assign an editor to work with Lewis on the story, according to the suit.

Gomlak and Lewis worked on the story together, the suit says. Around 9 p.m., someone from the campaign of Republican gubernatorial candidate Ken Cuccinelli called Lewis and noted that the indictment also said someone named “T.M.” had lied to federal investigators, the lawsuit says. Lewis assumed it was the same “T.M.” listed earlier in the indictment, whom he’d confirmed was McAuliffe, the suit says. (Gomlak thought Lewis should have caught the allegation of lying sooner, according to the suit.)

The “T.M.” didn’t stand for Terry McAuliffe, but Lewis and Gomlak ran the story without comment from the McAuliffe campaign, according to the lawsuit, after giving it 45 minutes to respond to an email.

Potter says she didn’t become involved in the story until after it was published and the McAuliffe camp emailed Lewis to say it was false, she says in her lawsuit. She also says in the suit that Gomlak didn’t report to her: “Potter trusted that Gomlak and Lewis had the facts right, as would be the common, normal, and customary procedure and standard within the AP.”

The lawsuit says that later statements by the AP’s executive editor, suggesting that Potter should have conducted her own “separate and distinct verification,” are a “knowing lie.”