Singing, dancing, slapstick and romancing — the Barksdale's "Anything Goes" has it all. 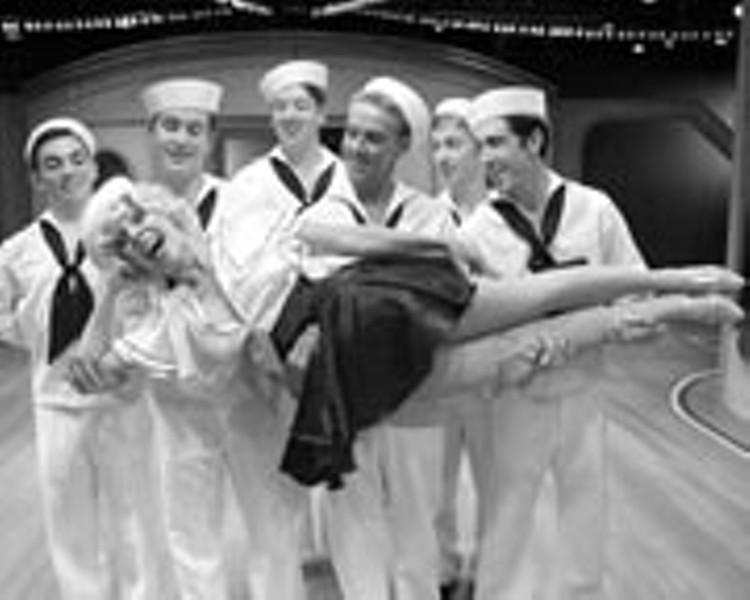 But don't let any mediocre prep-school version of "Anything Goes" you might have seen keep you away from the Barksdale's energetic and eager-to-please production. Only the best companies can pull off this kind of silliness with such panache; director Bruce Miller's production careens along merrily, keeping your toes tapping and your belly laughing. It's a true triumph and should be this summer's live theater blockbuster.

The show's action takes place aboard the cruise ship S.S. American and the plot is ostensibly centered on up-and-comer Billy Crocker (Derek Phipps), who stows away in an attempt to woo famous debutante Hope Harcourt (Heather Fox). It's the frantic action that swirls around these two, though, that gives the show its verve, thanks to three captivating comic performances. First, there's gravel-voiced Jack Parrish, who imbues Crocker's irascible boss Eli Whitney with commanding presence and hilarious befuddlement. Then Richard Koch makes the machine-gun-toting Moonface Martin (who helps Crocker stow away) the cuddliest criminal ever.

And just when you think this production is too top-heavy with talent for any one actor to steal, Larry Cook swipes it away clean with his hysterical portrayal of Hope's dandified fiancé, Sir Evelyn Oakleigh. His second-act confessional, "The Gypsy in Me," is a sidesplitting showstopper.

While Cook, Koch and Parrish supply the comic highlights, the musical heart of the show is provided by Robyn O'Neill, playing the sassy showgirl Reno Sweeney. With 20-plus members of the cast filling the stage to overflowing, the rousing title song and the inspirational "Blow Gabriel Blow" might be all flash and dazzle (thanks to peppy choreography by Leslie Owens-Harrington) if the songs weren't anchored by O'Neill's bold and brassy presence.

"Anything Goes" may be an old-time favorite, but don't get "classic" confused with "fussy" or "restrained." This show is rollicking, raucous, a little corny and simply a lot of fun. S