Anyone Want to Clean the Leaves Out of Richmond’s Giant Poop Tunnel? 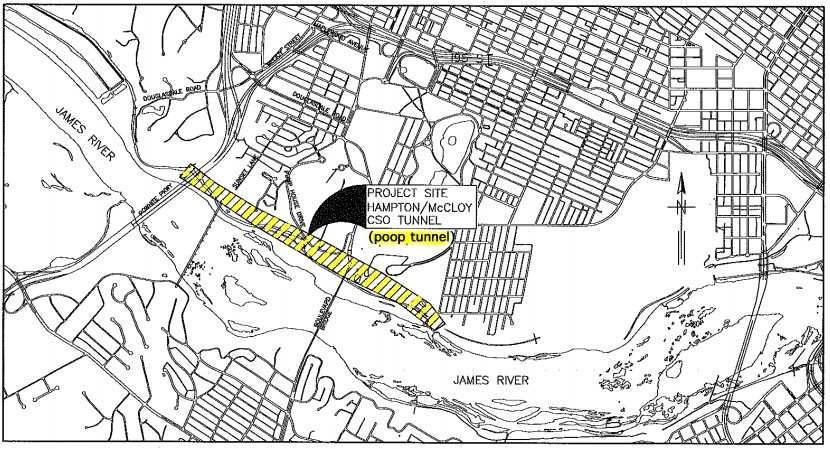 Maybe you know this already, but the city has a 7.5 million gallon underground holding tunnel for “combined sewer overflow” or, in layman’s terms, poop water. It’s next to the James, is wide and tall enough to drive a tractor trailer through, and runs 1.3 miles from the Powhite bridge east under Maymont to Hampton Street.

It’s an impressive feat of engineering, and in most cases allows the city to avoid dumping untreated sewage into the river when storm water overwhelms the city’s old-timey plumbing. But it also went online in 2003 and, after 10 years of service, it’s starting to get jammed up with leaves.

This week the city put a call out to try to find someone to get in there and clean it out. The city is estimating that about 600 cubic yards of debris have built up -- the equivalent of roughly 230,000 two-liter bottles of soda. All that junk is blocking pumps and affecting capacity, according to an invitation to bid put out by the city’s Department of Procurement Services.

Excitingly, the city is requiring whichever contractor wins the job to provide video proof that it’s been cleaned, which, presumably means that said video will become public record.

If you’re curious, the city’s website has a ton of information about how the combined sewer overflow system works, including a very helpful animation showing the aforementioned holding tunnel in action.