Anousheh Is About to Rock

With an expansive sound and tight, new band, the Richmond singer is back in a big way. 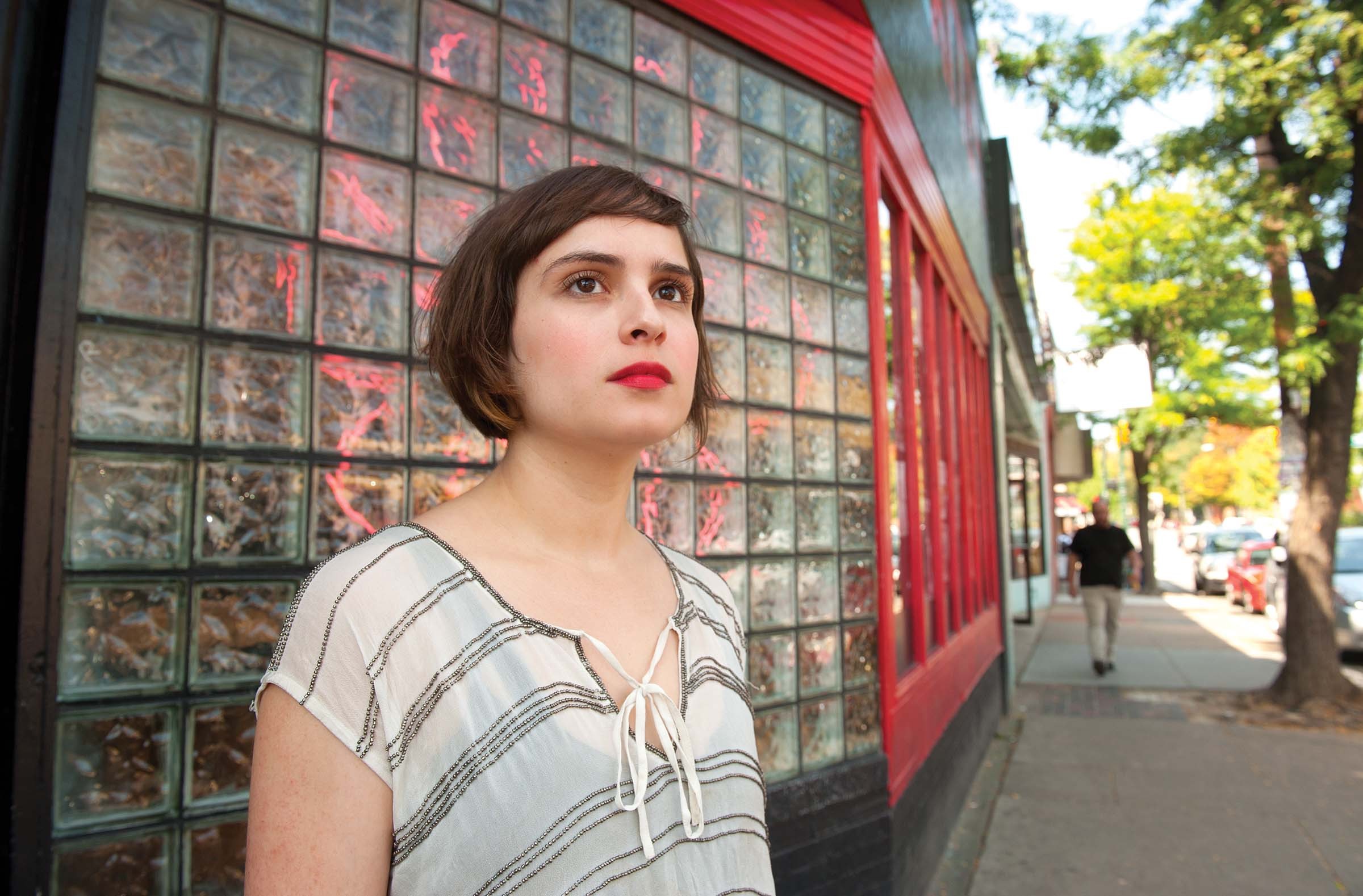 Anousheh is getting loud. That might come as a surprise to those who recall her 2005 debut album, “Let the Ground Know Who’s Standing on Him,” and her intimate, piano-centered shows.

“How long ago was that? Before the Internet, right?” she jokes when we meet to discuss “The Trouble I Find,” her forthcoming EP. While meant in jest, it’s been a good long while since we’ve heard something from one of the most commanding and unique voices to emerge from the River City. There’s good reason. Between albums, the 30-year-old singer has surmounted health issues and creative stalemate and emerged with a greater understanding of what it means to be an independent artist.

Things were on the rise for singer, who used to go by her full name Anousheh Khalili, a few years ago. She was not only gaining a solo following, but also poised for popularity in the dance music world. She paired with DJ outfit Deep Dish to record “Flashdance” and “Say Hello,” the latter of which snagged a Grammy nomination. “I was going to quit my retail job and go on tour,” Anousheh says. “A few months before I decided I really wanted to do that, I got really sick and was diagnosed with multiple sclerosis.” She needed health insurance, so she kept the job.

She avoided thinking about creative projects, instead focusing on work and everyday things such as getting married and buying a house. “I was obviously pushing some emotions down,” the singer acknowledges. “That’s how I dealt with the sickness. Logic.”

Three years passed before Anousheh sang or wrote another song of her own. She began writing again when Washington-based DJ and producer Sharam from Deep Dish offered her a recording contract. The endeavor moved her to play music again, but the record deal didn’t work out.

“Sharam and I are fine, but it was a bad time,” she says. “I was working a million part-time jobs, drained my savings. It was just a whole hot mess, so I got out of the deal.”

Free of legal bindings but all the wiser about such things, Anousheh began cutting demos in her house with Matt Morton and Marcus Shrock of local band David Shultz and the Skyline. When master guitarist Tyler Crowley joined the band a short time later and they began the arduous process of recording the EP with engineer Allen Bergendahl, she says, “Things just started to gel.”

It took two years to finish, but the payoff is incredible. Anousheh has admittedly obsessed over the songs and it shows. “There have been so many incarnations at this point, these boys probably hate me,” she says, laughing. With the help of her husband, Wil Loyal, and friend Jonathan Vassar, the songwriter has penned her best work to date. These are songs with keen pop sensibilities that never verge on ordinary and boast a distinctively modern sound, something Anousheh credits to big-time mixer Brandon Eggleston. “It’s more involved, less singer-songwriter, coffee shop,” she says. “It’s a rock record, which is what I’ve always wanted.”

Anousheh hopes the new release will put her back on the radar in Richmond. She plans to go big for the release show at Strange Matter, packing the stage to capacity with players and possibly a handful of backup singers. “I want to try and make it as big and badass as possible,” she says.

As for what’s next, she’s proceeding with caution. “This is my heart and soul, so I want to be careful with it,” she says. Getting local support ultimately determines whether the band will be able to crank out a full-length album, and while the plan is uncertain, Anousheh is pleased to finally be in control of her work, she says: “It’s hard and occasionally stressful, but I’d rather be in this position than waiting around for someone else to make things happen.”

Anousheh and band perform with Snowy Owls and the Garbers on Friday, Oct. 5, at Strange Matter, 929 W. Grace St. $5. For information, go to strangematterrva.com.