Checking in with Dave Brockie from GWAR. 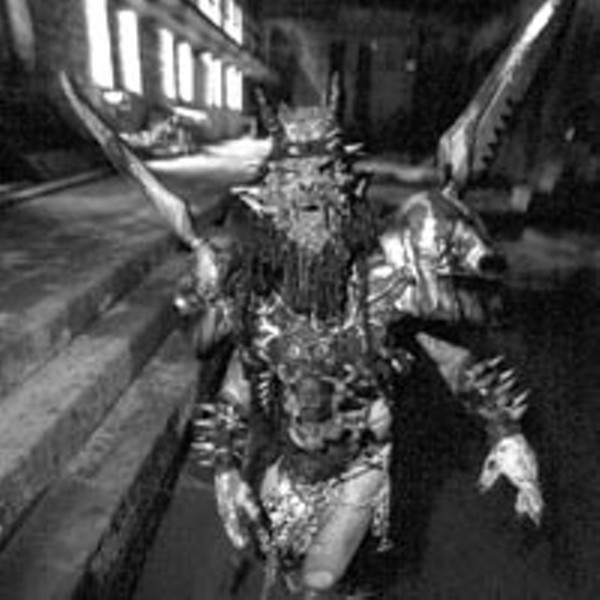 Style: How is the tour going?

Brockie: The tour is absolutely the most incredible GWAR tour ever since the [early '90s] "Scumdogs" era. The new album is blowing up really big. Every show has been sold-out. After this, South America, Europe, another U.S. tour, it's unbelievable. … For a while, we dithered around in punk-rock comedy, but we've settled firmly back into our heavy-metal roots, and it's amazing.

How do you feel about the recent Ohio shootings [of former Pantera guitarist Darrell Abbott and three others]?

It's an incredible tragedy, a disaster, but the metal community will rally and be stronger because of it. Darrell touched and influenced so many people, he's gained immortal status. But it's not surprising s—t like this happens when you live in a country where getting guns is as easy as getting a loaf of bread.

Nobody is untouchable, whether you're a rock star or a goddamned crackhead. Everyone here is devastated. The night it happened we found out the second song into our set and just went on autopilot. For the encore we took off our costumes and dedicated a song to Darrell. And we're doing something tonight in Dallas [his hometown].

Do most of your fans get the political subtext to GWAR?

Sure they do. I think our fans are more perceptive and intelligent than people give them credit. There's plenty of dunderheaded metal bands out there. … GWAR fans are the goofballs, the retards, the outcasts from metal and punk-rock scenes. We aren't the coolest band to be into, you get s—t all over. But you have to be able to laugh at yourself, and that's a hard thing for a lot of people. I really think our fans are the best in heavy metal.

Why does Richmond produce so many heavy bands?

It's obvious. We live in an uptight, conservative, neofascist society, and punk and heavy metal is rebellion music. … That's the biggest reason we created GWAR. Richmond is this uptight, f—ing bulls—t Southern town desperately holding on to values that are hopelessly obsolete and outdated. … It's our way of striking back.

What should fans expect at the New Year's show?

We've really been stepping up our production, the lights, the smoke, the traditional elements. I think the music and the show are finally on par with each other. … It's called the "Mock the Vote Tour," though we're really mocking the results. We take on the celebrities that typify everything we despise about society, then kick the s—t out of them onstage while playing the heaviest, most awesome GWAR set we've ever played. We've got the major players from the recent electoral chaos. … We've got the hideosity that is the Reaganator, the horrible collision of the undead Ronald Reagan with a cyborglike M1 battle tank. Then there's a bunch of other giant rubber monsters that get swords through their heads.

Where do you think GWAR will go down in music history?

Throughout the '90s, we were the only band doing theatrical rock when everyone was wearing flannel and playing grunge. We kept it going. … "South Park," Slipknot, the way humor has become so gross and risqué, kids eating snot candy, I think GWAR had a lot to do with that. … We're the van Gogh of heavy metal, except we don't just stop at the ear, we chop the hole thing to bits. Hey, big shout out to all our fans, friends and families in Richmond. It's been a f—ed up year, so let's end it in a f—ed up fashion with a GWAR show. S