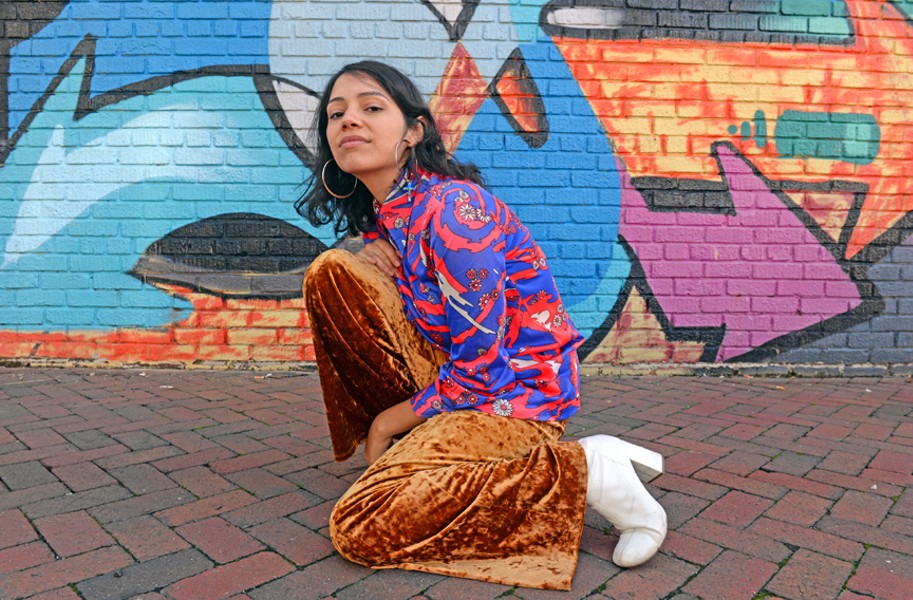 Watch the wild new music video from this transplant from Los Angeles called "Karma the Knife" and you can see why she's a major talent.

There's that great big voice, capable of a wide range of emotions, a confident sense of theatrical performance (she's instantly likable), and an adventurous musical approach that seems to deconstruct pop, rock and dance into her own style.

It's the kind of thing Elton John would love. Actually, he does love it — giving it a recent shout out and airplay on his radio show. "It's pretty cool, he mentioned Richmond, Virginia, and he said we love this," she recalls.

Half Mexican, half Salvadoran-American, Garcia grew up all over Los Angeles with a stepfather who worked in the music business. He later became a priest and moved the family to the Eastern Shore of Virginia when Garcia was 17. Her music career started with a major label contract on Warner Brothers and a nice feature in The New York Times; she was more bluesy and rock-based then.

Pretty soon, she felt the pull of the Richmond music scene. Moving here, she was immediately embraced by musicians who recognized her talent. She has performed with Mikrowaves, Piranha Rama, and a band Junior Wolf with Russell Lacy while still touring the country under her own name. Plus she's a roommate with one of the best jazz pianists in town, Calvin Brown.

"[She] has a wicked ear for melodies that comes out of some deep outer-inner space," says Edward Prendergast of Mikrowaves and Bio Ritmo. "Plus she has an honesty in her lyrics that gets everyone involved in her life. … What a sweetheart!"

While no longer on Warner Brothers, Garcia's music is still growing. She's embracing the theatrics of musicianship and painting pictures with her songs, as well as using vocal characters and varied instruments. She says she loves artists who do this from Bjork to Moses Sumney.
"Honestly, I'm doing pop songs," she says. "Just not so focused on the rules."