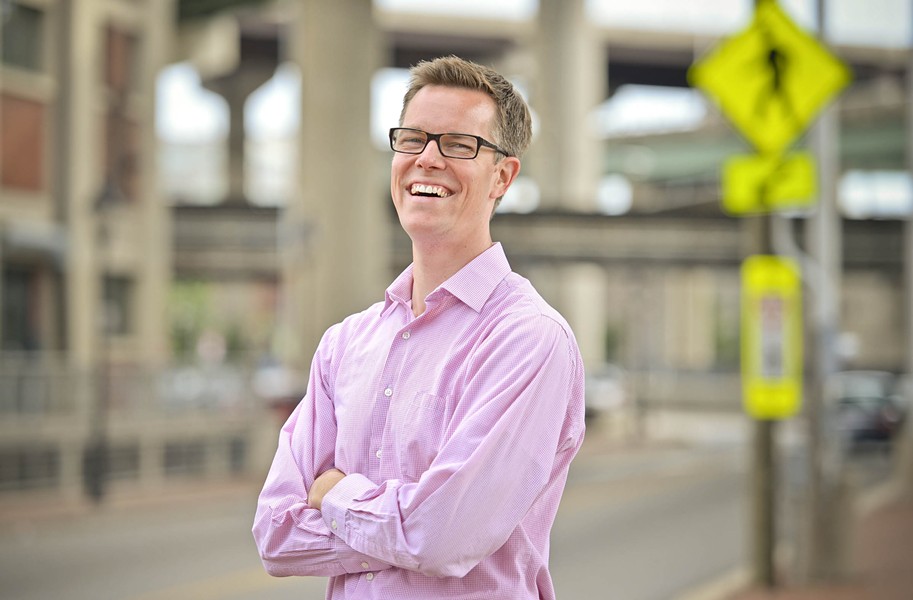 Andy Boenau is waging a quiet war against sprawl and the surface parking lots that tend to accompany it.

"You don't visit amazing cities and go, you know what I really like about that city? I really love how much surface parking there was in that city," says Boenau, a planner and transportation engineer at Timmons Group. "People don't say, 'I really want to go to Paris and experience the surface parking.'"

At Timmons, Boenau handles urban planning and pushes the principles of new urbanism, primarily the notion that streets in urban centers should be easily bikeable and walkable. He acknowledges that the idea of streets working well for more than just cars might not sound particularly radical. But in the world of modern-day infrastructure design, he says, pedestrians often are afterthoughts.

To that end, Boenau is working on a handful of projects for the city, including the design of the planned Floyd Avenue bike-walk street.

Outside of work, Boenau is host of a weekly podcast called Urbanism Speakeasy, which highlights "disruptive planners and critical thinkers." He says his goal is to carry the conversation forward and advance new ideas in the planning community at large.

He also brought Parking Day to Richmond. Held Sept. 19 across the country, the day encourages people to turn metered parking spaces into tiny parks. This year, there were a handful of participants, including the main branch of the Richmond Public Library, which used two spaces to set up an area for children's programs.

For his own parking area, Boenau rolled out a carpet onto a single space downtown and set up a spin-art studio, complete with a clothesline on which passersby could hang their artwork to dry.

The day isn't a protest against on-street parking, per say, Boenau says: "The goal is just to show what you could do with the space aside from parking there."