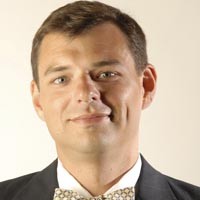 Race: Hanover County Board of Supervisors

Where do you live? Old Church, Mechanicsville

Where did you grow up? Old Church, Mechanicsville

Why are you running as an independent?
Through this election, my intention is to provide a voice of representation for the constituency of the Cold Harbor District, and all of Hanover, one that I feel they currently do not have on the Board of Supervisors. Mine will be a voice stronger, louder, and more determined than that of the developers or any party line platform: A true conservative, independent voice that represents the will of the people.

Why aren't you running as a Democrat or Republican?
I am not running as a Republican because I did not feel entering a primary against a four term incumbent for the Republican nomination would have been prudent. The majority of the voters, in my opinion, who would have turned out for a primary in Hanover would have been "Party Voters," and would have been more likely to return the incumbent than would the general electorate in November. Also, in the event that I would have won the Republican Primary, I would have, in all likelihood, faced another opponent in the November election. These two endeavors, together, would have been a great financial undertaking. While some of my views of rural and historical conservation may be typical "Democratic" stances, I feel that many more similarities do not exist between myself and the Democratic Party. This is why I have chosen not to run as a Democrat.

What are your signature policies and campaign issues?
As Supervisor, my goal will be to preserve the rural nature and historical significance of Hanover County. For the past 15 to 20 years, Eastern Hanover has experienced exponential growth, with blatant disregard for the effect this growth has had on the infrastructure of Hanover: the roads and schools. In addition, the emergence of numerous "cluster developments" has caused a severe increase in real estate assessments, which is in turn is taxing those on fixed incomes and those without mortgages to a point where they cannot easily afford their personal property taxes. By freezing the approval of these "cluster developments", the infrastructure will be allowed to catch up with the growth that has already been realized, and, also, this will bring real estate assessments back to a more manageable rate of increase.

How do you differ most from them?
I differ from most Republicans in that I do not subscribe to every aspect of any overall platform. Therefore, I am more likely to look at every aspect of an issue than to simply approve or disapprove of it because the Party is, or is not in favor of it.

What changes would bring you into the Democratic or Republican fold?
Bipartisanship, particularly at the State and Federal levels, partisan politics is crippling to our legislative process.

How did you arrive at your political convictions?
As with most Americans, my parents' political views, along with my own education and life experiences have molded me politically.

Are you running to win, or running to bring attention to certain issues?
The people of the Cold Harbor District are well aware of the issues in this election. I am running to win.

Who is your political hero?
Reagan would be the easy answer. However, Richard Nixon has always been a fascinating figure to me. His resolve in finally reaching the White House after his defeat in 1960 is very inspiring. Nixon also gave one of the most enduring quotes to my memory: "Always give your best, never get discouraged, never be petty; always remember, others may hate you. Those who hate you don't win unless you hate them. And then you destroy yourself." Taken in the context that this was delivered, after Watergate, it is indicative of Nixon's redeeming character. I admire that.

Is it wrong to steal office supplies? Yes, but so is speeding.